“He hasn’t played a meaningful NBA game yet. Hold your horses” – Pierce

“We knew that this kid was gonna be special, but I got to see in-game action” – Perkins

Marcus Morris practices with Clippers, while his brother Markieff rejoin the Lakers in Orlando

Per Marc Spears: Harrison Barnes hoping to join the Kings in Orlando after testing positive for the coronavirus, but now has a negative test on the books

Doc Rivers on success of the bubble:

“Absolutely. You have no positive tests? Where’s my plane ticket? I’m confident this bubble won’t burst. The NBA has done a fantastic job at quarantining and putting the necessary guidelines in place to keep the players safe” – Pierce

“You need to give Adam Silver a bottle of wine because you could have Roger Goodell and things could be a lot worse. To have zero cases, in the middle of a hot spot, that speaks volumes to me” – Perkins 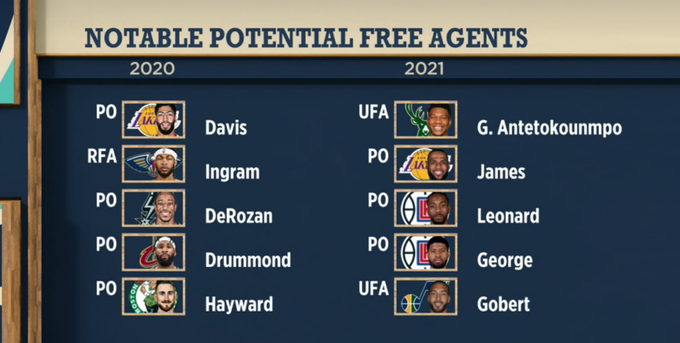 “No I don’t. The league is finally back to where it needs to be. It’s even throughout. They don’t need the bubble to recruit players. Guys have different ways of communicating and if they want to form a superteam, they got ways of forming it through agencies. From me observing this, they’re focused and are on a mission. There’s no tampering” – Perkins

“There’s gonna be a lot of new friendships being bonded down in Orlando, guys are gonna be around each other more than normal. At the end of this bubble, there’s going to be a lot of guys unhappy with their situations and guess what? Those guys who are in good situations, they’re going to come calling. You will see some superteams come out of this” – Pierce 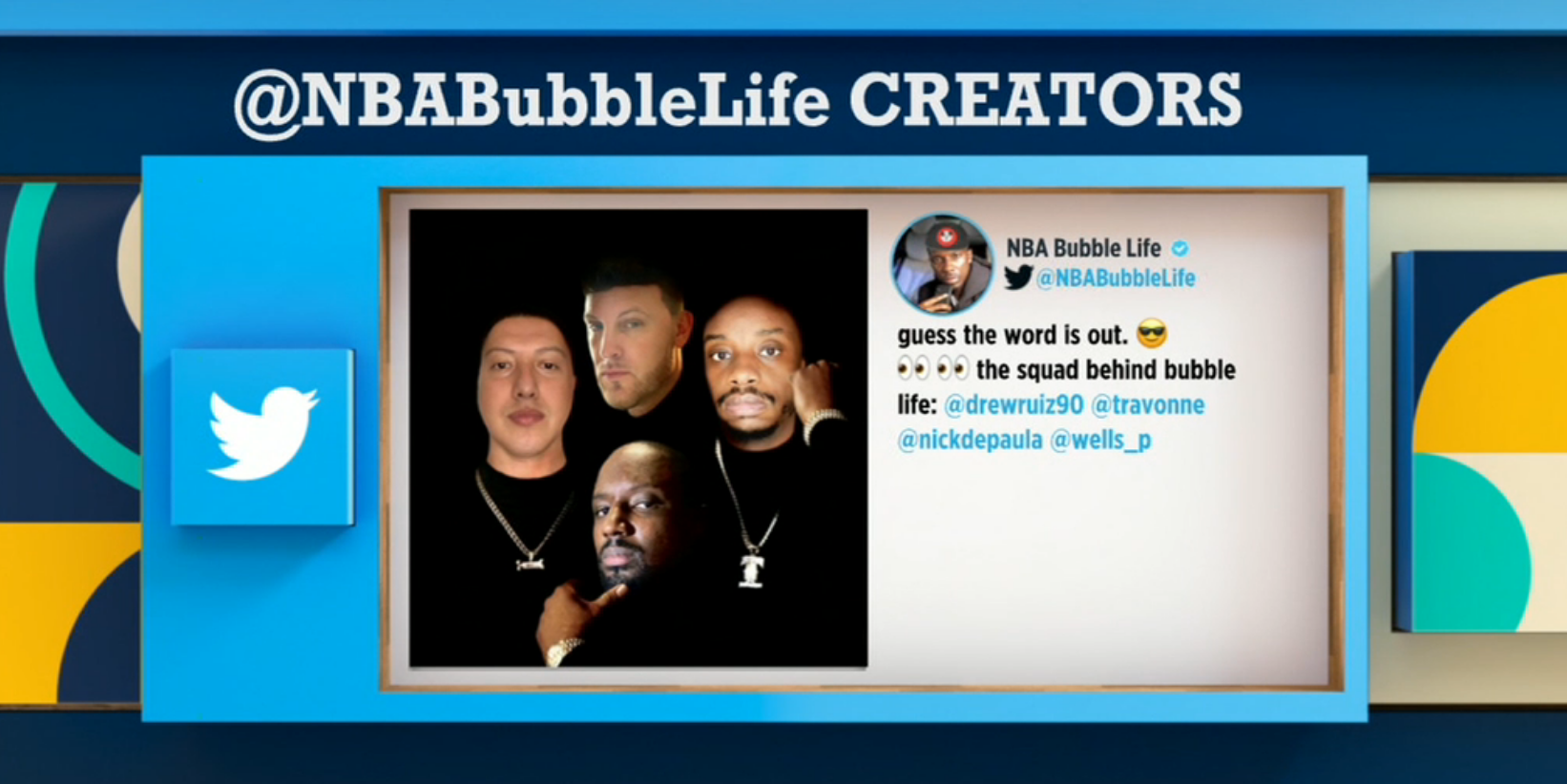 “When the guys were coming out of quarantine and just posting on social media, we were joking about at first and it was off and running from there” – DePaula

Most surprising response to @NBABubbleLife?

Look who I find in the bubble pic.twitter.com/umk6rpyHUP

👑 King of the Bubble. Accepting all challengers 👑 @NBABubbleLife @CoorsLight pic.twitter.com/S0GtHmlAK3

“We’ve had so many people that didn’t know it was us and we’re just still interacting with it just off the strength of the fun of it. The funniest one for sure was JJ Redick. He knows a lot about NBA Twitter” – DePaula

Surprised by fishing success in the bubble?

going to be a good day when u start off with a catch 🐟 @MONSTATREZZ pic.twitter.com/pf0dx9MxiJ

“meet me on the water in an all white shirt” or however it goes 🎣 @BrooklynNets pic.twitter.com/Pmuoz2OMPI

i think luka doncic may have caught the biggest fish 👀🎣 pic.twitter.com/6pIYSmvjta

“We got a DM (Direct Message) from a guy that’s in Orlando telling us that that specific lake area is one of the most dense bass fish areas in the state. But we were still suspicious” – DePaula

What will be accomplished with @NBABubbleLife?

“We thought it’d be fun, we thought people would interact with it, but it obviously escalated quickly beyond probably what we expected. The big thing we’re really looking at is highlighting players looking to make social justice messages from inside the bubble and we’re also going to be looking to launch a charity shirt that’s going to impact and benefit the black nurses association in central Florida, which is actually based in Orlando. We want to try to do some good in the Orlando region” – DePaula

Most exciting sneakers we’ll see in the bubble?

pj showing off some kicks he brought to orlando 🤯👟 pic.twitter.com/Mq56RjmBpl 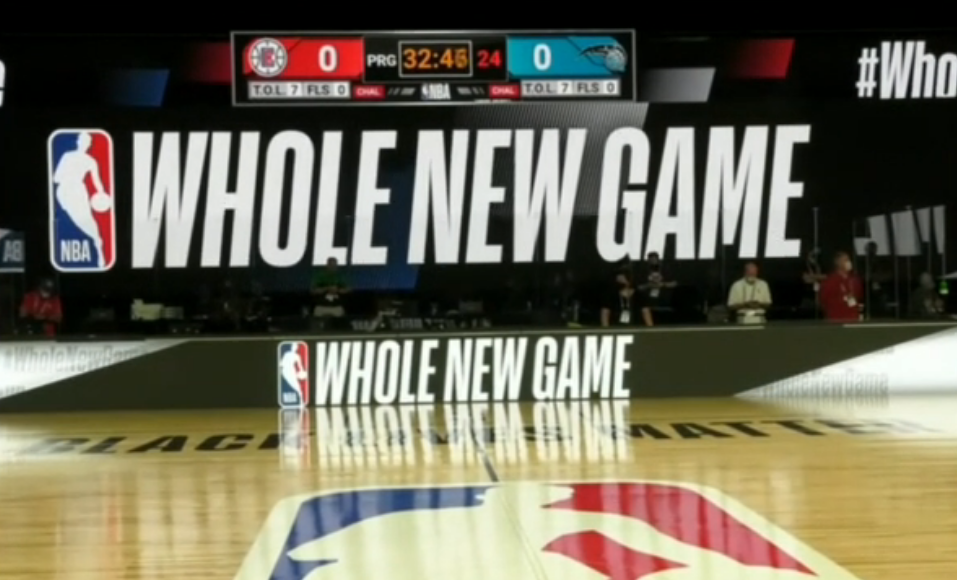 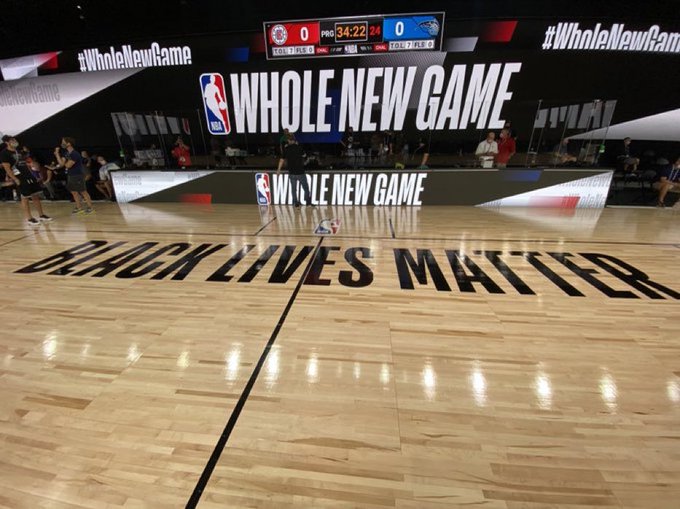 Gobert on DPOY: “I should be in the mix” 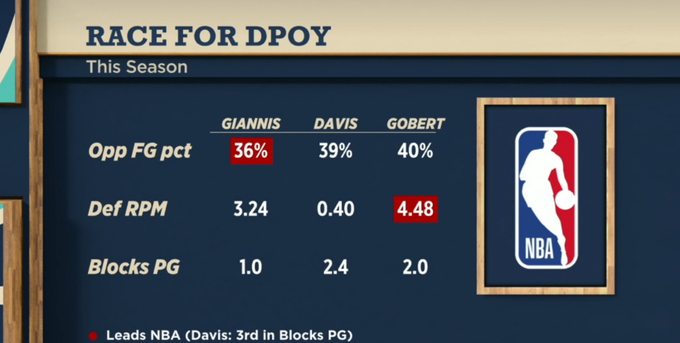 “He’s in the conversation, but I got AD and Giannis ahead of him” – Perkins

“I don’t think so this year. Giannis should be the lead candidate. But he’ll be in that conversation every year” – Pierce