Matisse Thybulle and his Sixers teammates, Kyle O’Quinn and Tobias Harris, go fishing out on the lake in the bubble and all of sudden…the boat stops!

Harden practices with Rockets in Orlando

Mike D’Antoni on James Harden’s conditioning & James on first practice with the Rockets: 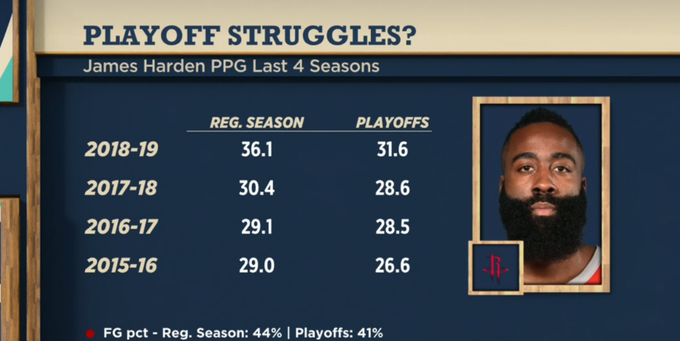 “Absolutely. James Harden is gonna have the opportunity of a lifetime to win a championship more so than ever. He’s gonna be fresher than ever. Watch out for the Rockets because they have two guys (Harden and Westbrook) that can wake up out of bed and play basketball. They don’t need no motivation for anything. These guys are just bonafide pure hoopers. If they can stay healthy, the Rockets will be a very dangerous team, especially with Harden having four months off to rest” – T-Mac

“The Rockets scare me because of the way they play. They’ll probably be #1 in pace down in the bubble. One of those top contenders between the Lakers and the Clippers, they better watch out for the Rockets in the second round” – Perkins

“They got to be very cautious. He’s the 2nd best player on their team with Jayson Tatum being the No. 1 on that team. I have the Celtics coming out of the East, if Kemba is 75%” – Perkins

“I’m actually a little nervous for him. I experienced a similar situation where I had knee pain in a season and thought rest would be able to heal it, came back and still nothing really changed. There may be some some structure damage, cartilage damage or something that’s going on in his knee. They’re going to need him in order to win a championship and he has to be 100%. 75% is not going to get it” – T-Mac

“I would urge Kemba Walker to look at Kawhi Leonard’s experience from last year. It’s not just that we saw him load manage games going into those playoffs for the Raptors, you almost saw him load managing during games for the first three quarters. There were times that you could tell full speed he was not going his full 100% self. He knew when to turn it on, when to turn it off through those three quarters and then all out in the fourth and it won him a championship” – Nichols

JR on LeBron: “Pressure off his shoulders…He can just be him”

“LeBron has to lead AD and help him understand the importance of preparing himself every day, every possession and getting him ready for this long road. What JR said is accurate in some way because when he left Cleveland, without winning that championship, that left a bad taste in Ohio’s mouth and that’s why he had to come back and win that championship because he felt that pressure with Cleveland having that drought and never winning the championship, LeBron James brought that. There’s still pressure on the Lakers, let’s not get that twisted” – T-Mac

“At some point, you got to utilize your teammates in a way that you probably never would have trusted them. And that’s what I did. I built up the confidence of my teammates to trust them and even in crunch situations that, ‘you better be ready for this pass if I’m getting double team.’ With Bogdanovic being out, you got to build somebody up to fill those shoes” – T-Mac

“Mitchell thrived well in the PG role when Conley was out. His playmaking ability got better this year. But the Jazz don’t need him to be a playmaker. They need him to go get buckets and get 30+ a night. He needs to be consistent and be efficient” – Perkins

2012 – Jeremy Pargo of the Grizzlies with the crossovers on two defenders and the spinning pass to a teammate for a dunk in NBA Summer League!

“They wanted to connect to what will be a hundred year anniversary of the Tulsa race massacre next year. Kids in Tulsa, black kids in particular, are still not having a lot of avenues. Mike Johnson (CAA) and Sam Presti (Thunder) want to help these kids get involved in the front office, in the background of the entertainment industry. It’s gonna be a sports and entertainment venture” – Spears

What creativity are we seeing in terms of social justice inside the bubble?

Earlier this season, the Pelicans were honored to host Tommie Smith and Edwin Moses. Both shared great insights about their experiences during the civil rights movement. Tonight, the Pelicans wore these shirts in gratitude to Smith and John Carlos ✊🏿#BlackLivesMatter pic.twitter.com/I9AwCWd0F7

Impact of social messages on jerseys?

“I do believe that it will have a powerful impact. Seeing guys like Alex Caruso (Lakers) and Kyle Korver (Bucks), two white males running up the court with ‘Black Lives Matter’ on the back of their jerseys, that’s gonna be a beautiful sight. Mike Conley Jr. (Jazz) is going to have ‘I am a man’ on the back of his jersey. What that message means is that it goes back to the sanitation strike in the 60s in Memphis when Conley used to play for the Grizzlies. There will also be 10 jerseys that are going to be in different languages. And finally, all of these jerseys from the first time they’re worn are going to be put up for charity and auctioned off” – Spears

“If players want to have a message, they can have it. That’s really what so much of this is about: the freedom and the opportunity to say, ‘Black Lives Matter,’ to say that we should be more concerned about equality, to say that we should have room for all of these different ideas whether players take advantage of it or not, the idea is that that opportunity is there and this is a safe and good and proactive space to do it, not just neutral, but that it’s encouraging of it because change is what we need to see” – Nichols

Siakam primed to make leap to the NBA’s elite?

Didn’t start playing basketball until he was 15 years old

“His upside is tremendous. If he stays on this pace of getting better, of course. He has so much room for growth. Imagine him when he’s 30 years old, he’s gonna be an elite player and be a perennial All-Star” – T-Mac

“Spicy P is a top 10 player in this league. I said it before the season started and I’m saying it now. He gets the job done. He hasn’t disappointed us yet” – Perkins

“He is close to being elite, but he’s not there just yet. You can make a legitimate case that he can be the most improved player again this season with the leap that he’s made. They go as far as he goes. If you look at the All-NBA forward group right now, you have LeBron James, Giannis Antetokounmpo, Anthony Davis, Kawhi Leonard, Jimmy Butler and Jayson Tatum this year who I would all have ahead of Pascal Siakam” – Sedano

Perk followed that last statement up with:

2003 – Dwyane Wade with the crossover and the finish at the basket on LeBron James in Orlando NBA Summer League!

Personal Packing
What would “Only you” pack for the bubble?

pj showing off some kicks he brought to orlando 🤯👟 pic.twitter.com/Mq56RjmBpl

Along with the @WashMystics, we will be honoring Wes Unseld, featuring a jersey patch for our remaining games this season.

“Whenever you’re on any list with Wilt Chamberlain, you know you’re one of the greatest of all-time” – Sedano

“If he was going to take more threes, they wouldn’t have moved him to the four position. This is who he is. His college coach said Ben play well at the four I do not see him taking threes. He’s just not comfortable doing in game situations” – Perkins

“In order for them to be a championship contender, he’s gonna have to unlock his game and that includes shooting the ball outside. Imagine him being able to knock down some threes just to keep the defense honest. There’s three big men that have made more threes than him: JaVale McGee, Dwight Howard and Hassan Whiteside” – T-Mac

“I’m all about Ben Simmons the stretch four! I need to see this!” – Sedano