Does bubble life look better or worse than you expected?

“It looks as expected. But remember why you are there. Everyone had the option to not show up and not be penalized. Before you tweet out and before you crack jokes about the food and all the stuff, remember the names that are going to be on the back of your jerseys. Remember some of these things that you are fighting for whether it’s social reform, police reform, etc. Once you’re there, you have to be focused. Don’t be the distraction” – Jefferson

“This is the problem with the majority of the NBA guys: They are spoiled. They’re going to fix these concerns. It’s just getting started” – Perkins

“There are a lot of people working very hard to make sure these players are comfortable, that they’re safe, that they’re well fed, and they are earning a lot less money than anyone inside the bubble. I love the jokes too, but lay off the hotel and the food” – Nichols

How long will it take players to get in “game shape”?

"Sleeping with the fan on!" – @KendrickPerkins

“You can’t get into basketball shape until you play. As a big man, it takes longer to get in shape than for a guard or a wing player. It’ll take guys three weeks and it’s gonna be fine. Figure it out” – Perkins

“Right around the Conference and NBA Finals, we’ll be watching good basketball” – Jefferson

“In those 8 games, teams that are competing for playoff seeding or a playoff spot will put more effort into it” – Nichols

Continuing the countdown to the restart of the NBA season, here is #20:

“Thibs is a great fit for the Knicks. They need a foundation. Everywhere he goes, he brings a winning culture. He was able to reevaluate himself the last two years. And if Thibs could look himself in the mirror say, ‘You know what? I have to change. I have to adjust to this new generation. I can’t practice as long, I can’t tape up at shootarounds,’ then he’ll be the perfect fit for them. He’s going to hold everyone accountable: front office, players and himself” – Perkins

“I disagree. When he left the Bulls and Timberwolves, they went right back to where they were. When you’re talking about building foundations, you’re building a foundation for you to build on even if that individual leaves. I think there are some people out there that would be very good for today’s culture of basketball. We don’t want to have to hire a coach that’s going to have to prove to us that he can handle today’s types of players. You want someone that can go in there and grow and build with a group of players. But would Thibs be a bad hire? No. But every single hire in the last seven hires that they’ve had over the last ten to twelve years, we’ve talked about coming in and building a culture and it’s yet to be done” – Jefferson

New segment on The Jump: 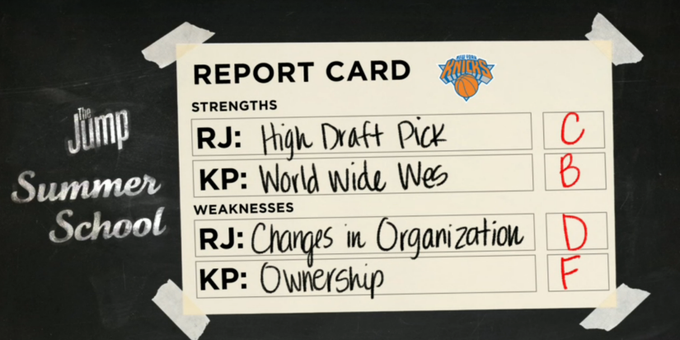 “They’re not gonna end up with the number one pick in the draft. But they are going to have a high draft pick. I love R.J. Barrett. I think he’s a very good piece. Will he turn into Brandon Ingram and turn into that next level guy? It’s yet to be seen. They have so much more that they’re going to have to deal with in order to really get that grade up a little bit higher” – Jefferson

“They’ve had so much turnover. Ultimately, you’re still going to need a group of individuals to come together and build something. There are different people that have been brought into this melting pot and that’s going to take time. These things don’t just happen in one year, these things take two to three to five years to really build out. They have a lot of work to get to in order for them to build that foundation” – Jefferson

“As long as James Dolan is there, there is a problem. He’s not an owner that wants to sit back and just enjoy and let people run the organization, he wants to be hands-on. And we’ve all seen what has happened when he’s hands-on. Things go the wrong way. I don’t believe that he can take a back seat without voicing his opinion” – Perkins

“James Dolan keeps hiring people that are supposed to be a buffer between him and the players that he has so thoroughly mangled his relationships with. There’s supposed to be a buffer to the bad decision-making that he has shown again and again when it’s come to the sport of basketball. He has been able to successfully hand those kinds of things off in his NHL team, the New York Rangers. That’s what is such a mystery. He has been able to let the people who manage that team manage the team. With the NBA, you see him time and time where he has said, ‘I am gonna just trust the basketball people here.'” – Nichols

What does the NBA do next season? by Brian Windhorst and Tim Bontemps

The man is 70 years old with all the tricks! And with that, let’s… 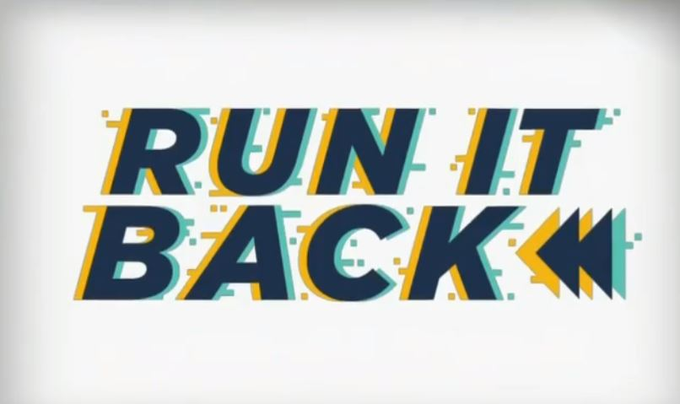 Richard on the Christmas 2016 dunk on Klay:

“I was 0-5 in that game. The Warriors had so many offensive studs on that court that Ty Lue just kept me in because he needed a defender. I just needed to do something. The old man dunks are the best because you don’t know how many more you got in you”

When should next season start? 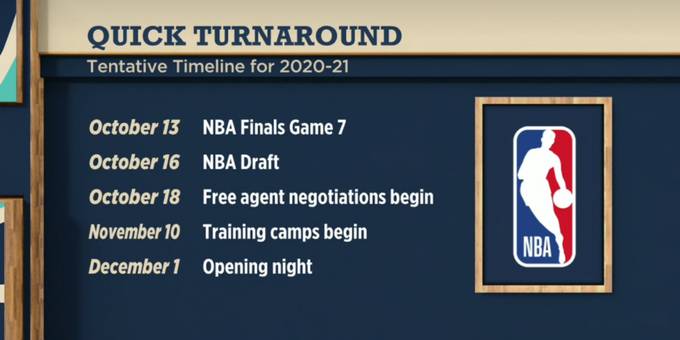 “I would push it back just a few weeks. Let’s not forget that guys just had 3 to 4 months of rest. Think about the teams that aren’t playing right now and how long of a break they have. Guys knew what they were signing up for, they knew that this could possibly happen and that they could have a quick turnaround when they agreed to play in the bubble. They’ll be ready and will be perfectly fine” – Perkins

“The main issue is: The teams that are in the NBA Finals, those are the people (the superstars) that carry the NBA. That’s where you start to get a little bit worried heading into the next season with only one month off. If any of the superstars get injured at any point in time because of that short break, then you’re going to have impacts into the following season. You’re going to hear the term, ‘Load Management’ in the next season” – Jefferson

What would playoffs mean for Zion’s ROY campaign? 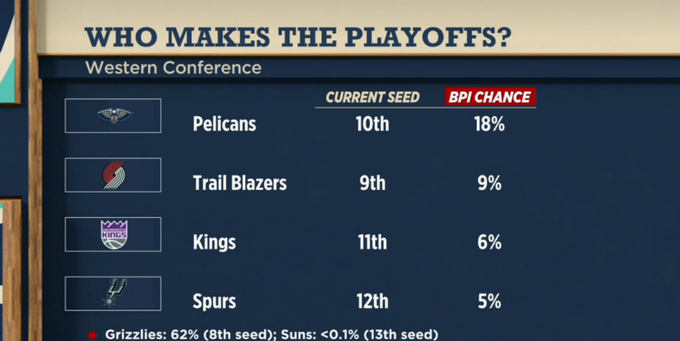 “It won’t impact the ROY race. We’ve only had a sample size (19 games) of him. That’s not enough. JA Morant has been putting in work and he should have been an All-Star. Morant is not gonna let off the gas. He is relentless. ROY is signed, sealed and delivered to JA Morant” – Perkins

Will the bubble have an effect on post season awards?

Brandon Ingram ready to be a max player for Pelicans?

“We’re going to find out. BI and Zion kind of remind me of a variation of Penny [Hardaway] and Shaq. To keep this team as competitive and as strong as possible, you have to pay that man max dollars” – Jefferson

“[Rajon] Rondo and LeBron [James] both told me, ‘Man. Brandon Ingram. I’m telling you: he’s going to get his own squad. This kid is something special.’ It doesn’t surprise me what he is doing with the Pelicans. He goes to work” – Perkins

2014 – Giannis Antetokounmpo splitting through defenders to throw down the Hammer in NBA Summer League!

This is a perfect example of NFL thinking in a nutshell. Players can go engage in a full contact game and do it safely. However, it is deemed unsafe for them to exchange jerseys after said game. 😂🤣😂 https://t.co/fWefsUSVDc

“Dr. Fauci thinks this is dumb. But I love this for the NFL. Keep doing these type of things. You can always watch the NBA!” – Jefferson