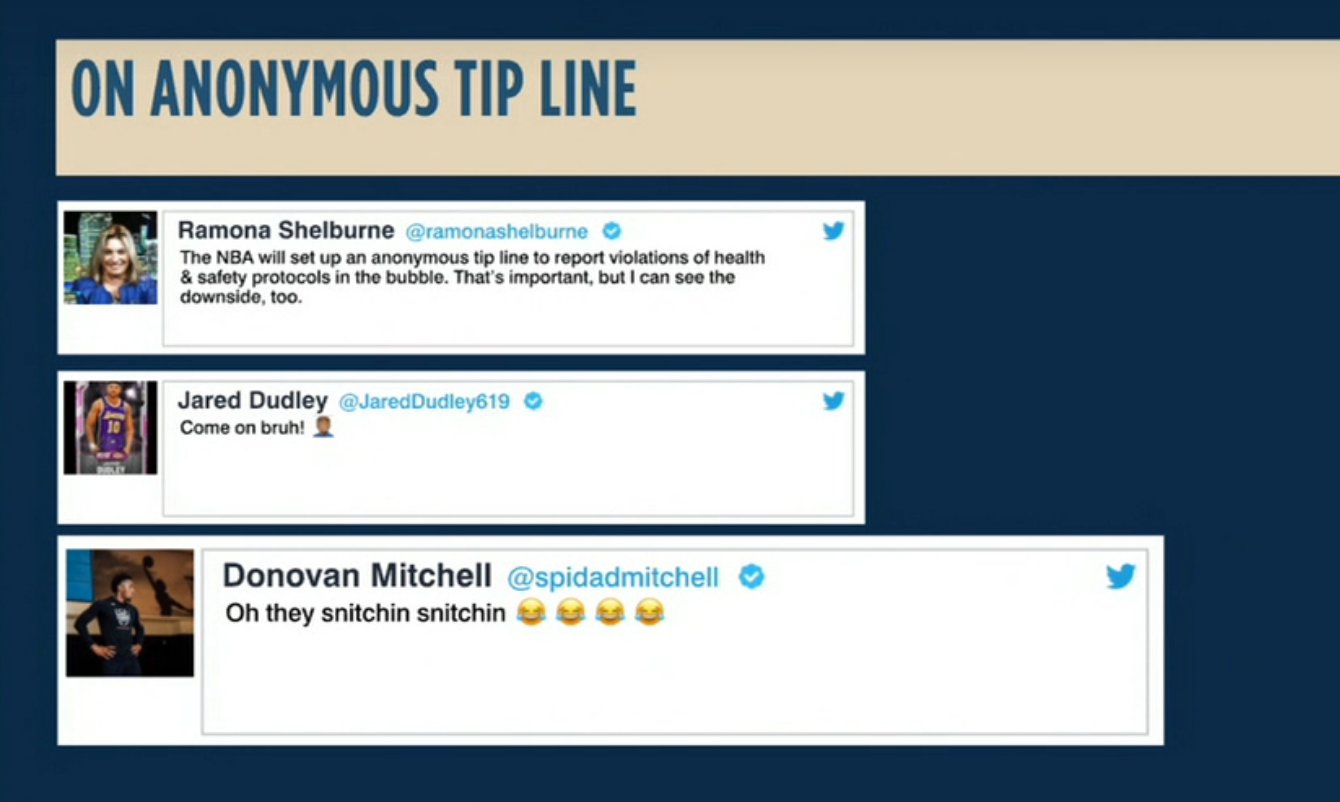 “I still have a lot of questions. My question is: How many players will be allowed in the players lounge? There’s still contradictions to a lot of the protocols” – Pierce

“This is the most safest plan available right now due to these circumstances. Everyone has done a great job of coming together collectively, conversating and getting this rolling. I have zero concerns when it comes down to Adam Silver. He has not let me down yet” – Perkins

Concerns about the anonymous tip line?

“Teams will take advantage, especially in this day and age. There’s a chance that person can get somebody in the protocol to be in violation to where they’re put in quarantine for 48 hours during a major playoff game, which could be huge. That tip line is gonna be used a lot” – Pierce

How will NBA players handle isolation from families?

Once teams start being eliminated and go home, More space will open up on these hotels starting in the second round of the playoffs. Players will be given additional hotel rooms, 15 or 17 for guests or family members for each of the eight teams which they have to split those up. That will occur on August 30 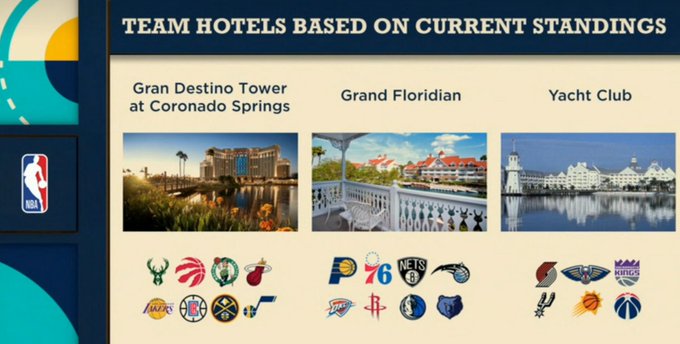 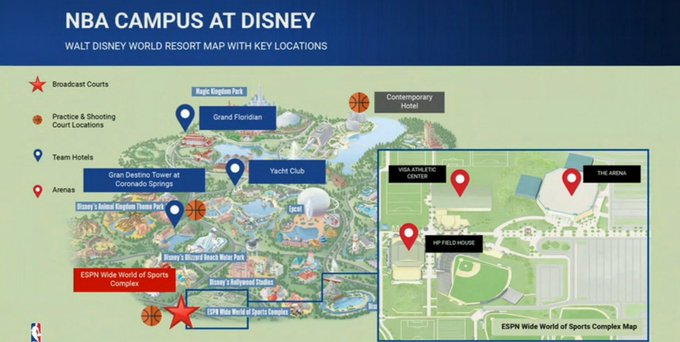 “Players have had three months to play Monopoly, to have family barbecues and to play UNO. It’s time to get back to work! The red carpet is laid out” – Perkins

“Players can’t wait to somewhat get away from their families. They’ll be fine. We have so many ways we can communicate (FaceTime, Zoom) and see each other. This is a time where they need to ultimately focus” – Pierce

1994 – John Starks with the dish to Charles Oakley then dishing it off to Patrick Ewing who throws it down hard on the Rockets!

2008 – Kevin Garnett hangs and banks in the circus shot, plus the foul, vs the Lakers!

“Don’t put all of the weight on your player to take care of the issue. If you care about us, you can’t remain silent and in the background.”

Can the coalition influence these specific changes?

“Absolutely. It’s a great idea. I’m not sure if anything can get done before, you know going into Orlando, but it’s a start. The conversation definitely has to be made after the season is over and going into next season. This is something we’ve always voiced for years and years” – Pierce

“It’s time for more of the franchise guys, the powerful ones, to step up. Let’s call these owners out, sit them down and talk to them” – Perkins