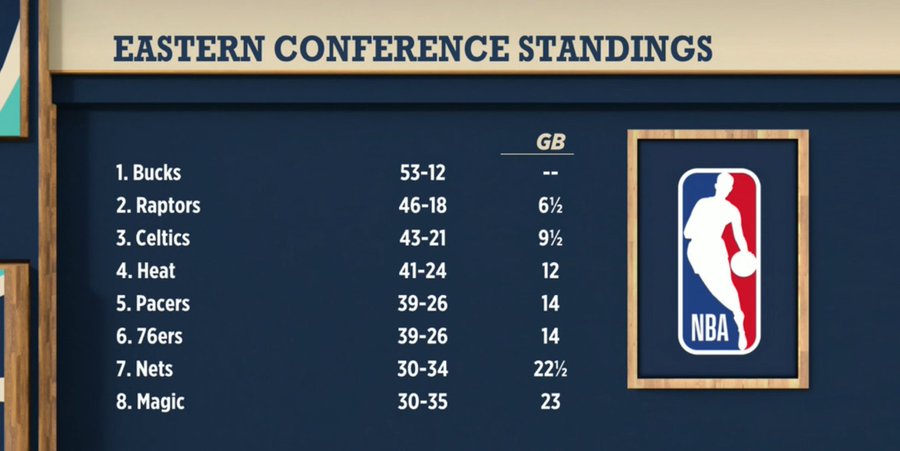 “There’s still the process of the kind of testing that they’re going to put in place solidifying that with Florida, health officials and Walt Disney World. Many of those are all steps that the league is going to get to with the players association and get to ultimately tipping off July 31 in Orlando. July 9-July 11 is where teams will start arriving in Orlando” – Woj

“Strength of schedule, down the stretch, is gonna be such a factor in whether anyone makes one of those playoff play-in games and what the playoff seeding is” – Nichols

On why the season will start December. 1 instead of Christmas Day:

“One factor: It gives the NBA and it’s players not just on Team USA, but NBA players who play for teams in countries all over the world a chance to be part of the 2021 Olympic Games to try to sync the rescheduled Olympic Games” – Woj

1997 – Michael Jordan finishing the tough reverse layup off the glass from the baseline against the Utah Jazz! 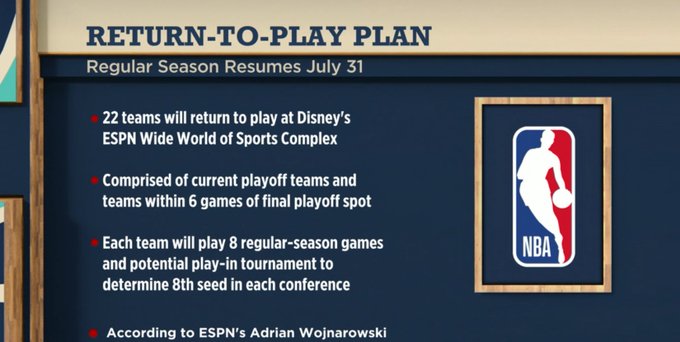 “How are we going to keep all these people healthy? I think 22 teams is too many. That’s a lot of contact and a lot of opportunities for transmission” – Lowe

“What I’m hearing, there’s testing every single day. Everyone’s going to get on site and there’s going to be a quarantine period. You want to keep this as limited as possible” – Jefferson 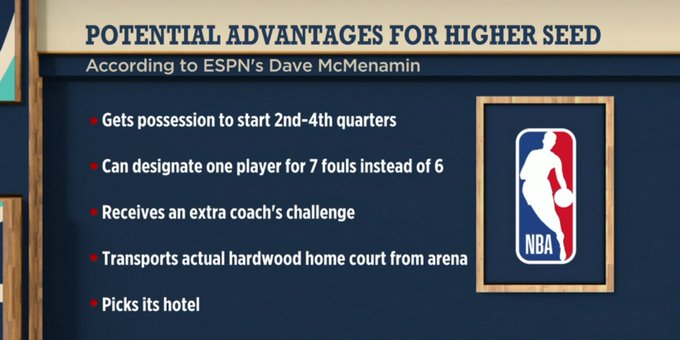 “The extra foul, that’s a little much. It’s pretty much saying that superstars most likely will never be in foul trouble. And that’s too important to the style of the game, the way the game is played and coaching in general” – Jefferson

“How about we just let them play 6 on 5? I get it. These teams worked very hard for home court advantage, but this is a pandemic. We’re just trying to keep everyone healthy. Just play regular basketball” – Lowe

“Maybe they can get the hotel thing pushed through” – Nichols

Do conditions make it easier or harder to compete for a title? 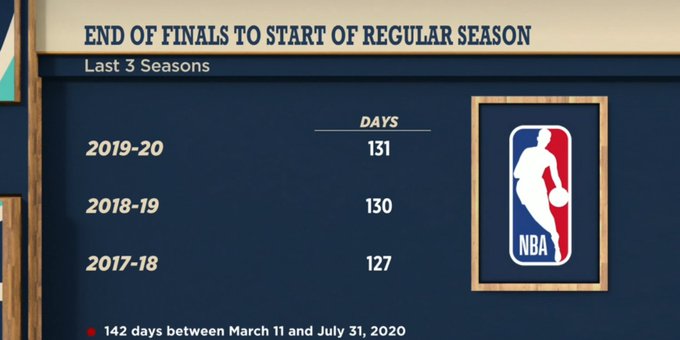 “It’s going to be harder simply because of the rust and lack of continuity that you would have been continuing to build up as the season progressed and you got into the postseason. I love it because were gonna find out what champions are really made of. Champions are not just about your athletic prowess, your ability to play the game. It’s also about your discipline, your focus, your conditioning, how you take care of yourself and are you ready to go?” – Smith

“Whichever teams that are in the best possible shape will do well. This is a mental warfare” – Jefferson

“I still give the edge to the Lakers, Clippers and Bucks to meet in the finals” – Jefferson 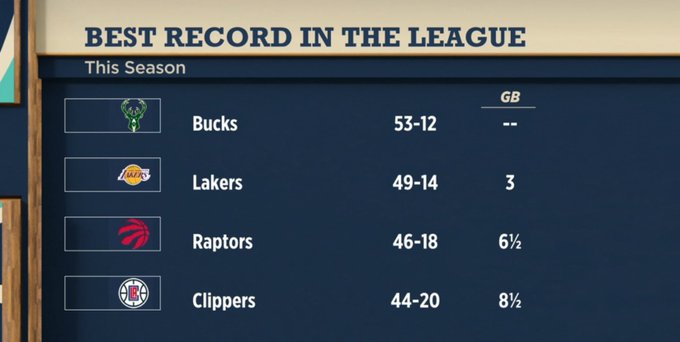 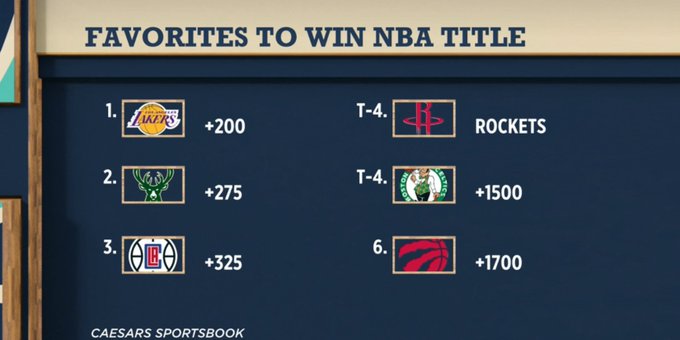 “I can’t rule out Houston and the kind of damage that they could cause. They are that threat. We cannot ignore it” – Smith

“This stuff drives me crazy! The only perk that I am in support of is that the top seeded teams should get the best hotel accommodations. Everything else, just get the hell on the court and play! Get a rubber sticker!” – Smith on teams wanting to use their home-courts from their arenas to use it in Orlando

Kareem on how he sees this moment in history:

“I’ve seen it so many times before. To see it happening again is really disappointing. ” – Abdul-Jabbar

On the protests around the country and Colin Kaepernick:

“They don’t want the subject brought up at all. As far as they are concerned, everything is fine. We can’t continue with that dynamic. Too many people have lost their lives. It’s a downward force on everything that we’re trying to do in our country” – Abdul-Jabbar

Kareem in Op-Ed piece for LA Times: “Racism is like dust in the air”

“People need to make friends with people who don’t look like them. That will go a long way into eliminating all of this. We’re raised on certain values that are the best of any nation in the world and we got to live up to that” – Abdul-Jabbar

Importance of athletes speaking out against racism and social injustice?

“What they have to say is important because they are the ones that the kids in their neighborhoods, the kids from their hometowns they look up to them. They get inspiration from them and they find out about things through them. So these people are icons in their communities and they make a difference. When kids see and hear of the concern, of civil rights and human rights and just what’s going on in the country, they get it and it’s important” – Abdul-Jabbar

Can 2020 be seen as a turning point in American History?

“It already has been a turning point. It’s got everybody’s attention. We got everybody concerned and aware that certain things aren’t right. We can do something now. This is a good thing for our country. It’s not a bad thing, and I hope people get to understand that and support it” – Abdul-Jabbar

Kareem on his relationship with Bruce Lee and upcoming 30 for 30 “Be Water”:

“He was a funny guy, a practical joker. He had a very positive attitude. He showed how these things are universal” – Abdul-Jabbar 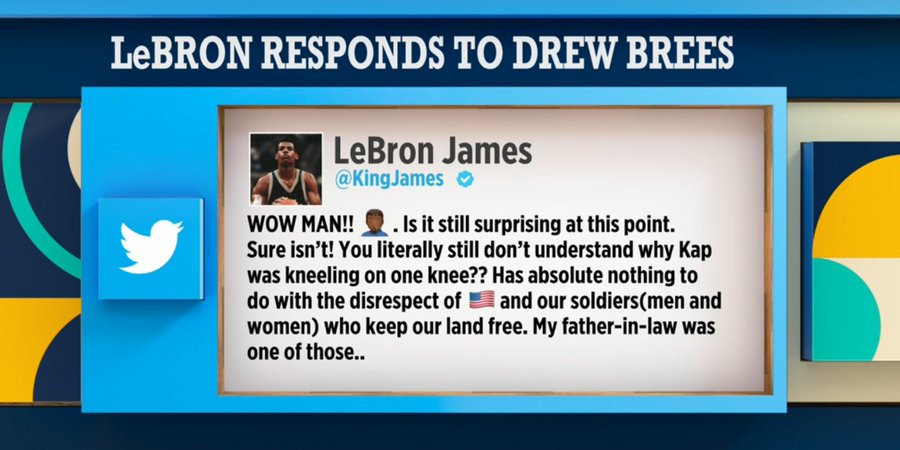 I would like to apologize to my friends, teammates, the City of New Orleans, the black community, NFL community and anyone I hurt with my comments yesterday. In speaking with some of you, it breaks my heart to know the pain I have caused. In an attempt to talk about respect, unity, and solidarity centered around the American flag and the national anthem, I made comments that were insensitive and completely missed the mark on the issues we are facing right now as a country. They lacked awareness and any type of compassion or empathy. Instead, those words have become divisive and hurtful and have misled people into believing that somehow I am an enemy. This could not be further from the truth, and is not an accurate reflection of my heart or my character. This is where I stand: I stand with the black community in the fight against systemic racial injustice and police brutality and support the creation of real policy change that will make a difference. I condemn the years of oppression that have taken place throughout our black communities and still exists today. I acknowledge that we as Americans, including myself, have not done enough to fight for that equality or to truly understand the struggles and plight of the black community. I recognize that I am part of the solution and can be a leader for the black community in this movement. I will never know what it’s like to be a black man or raise black children in America but I will work every day to put myself in those shoes and fight for what is right. I have ALWAYS been an ally, never an enemy. I am sick about the way my comments were perceived yesterday, but I take full responsibility and accountability. I recognize that I should do less talking and more listening…and when the black community is talking about their pain, we all need to listen. For that, I am very sorry and I ask your forgiveness.

Sources: Blazers are eager to resume season, but chose to vote “No” because franchise believed there were more competitive and innovative formats on table — including those that addressed 2020 NBA Draft lottery odds based on regular-season game results in Orlando.

“Am I surprised? I think they knew for a fact that this was going to get through. This vote of no was more of like a symbolic one. They believe there were better plans” – Jefferson

“Who cares what they think! They’re lucky to be participating in this format!” – Smith