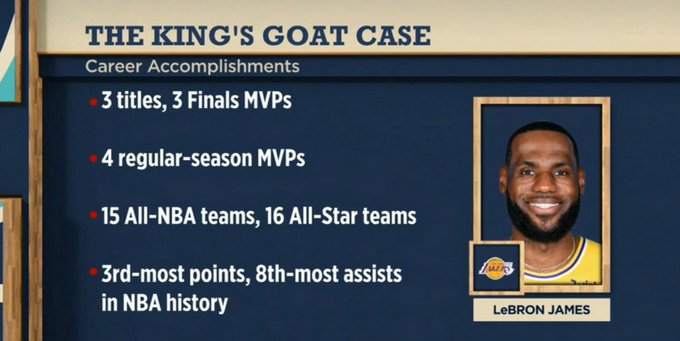 “I gotta put King James at that number one spot. If you look at the body of work that LeBron James put over, not only through his NBA career but since high school, I haven’t seen a guy that played at that level in my lifetime. Over 50 percent of his career has been spent in the NBA Finals. That speaks volumes. LeBron is the best all-round player I’ve ever seen” – Perkins

“It’s hard for me to him at No. 2 until his career ends. I got Kareem at number two, Jordan obviously at number one because if you look at his body of work, the guy is a six-time MVP, five-time champion, NBA’s leading scorer. He not only did it in the pros, but if we talk about just overall basketball, you want to see what he did in college? He got three of those [NCAA titles] in college too” – Pierce

“When we talk about the greatest, is this about accomplishments or stats?” – Pierce on the ESPN’s NBA Ranks 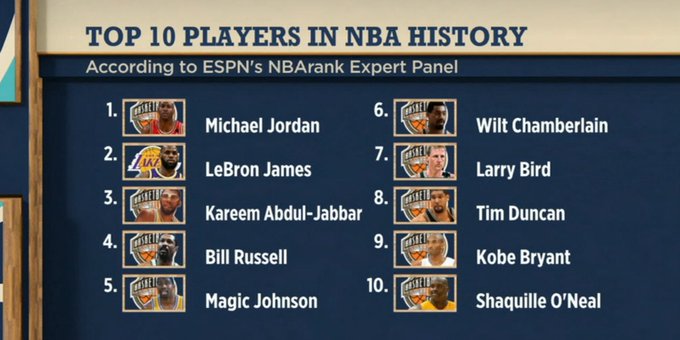 “Hakeem Olajuwon. He doesn’t get enough credit. He is the only player in NBA history to win MVP, Defensive Player of the Year and Finals MVP in the same year [1994]” – Pierce

“Isiah Thomas. He beat Magic [Johnson], [Larry] Bird and [Michael] Jordan to win a championship. He’s the greatest little man to ever play the game of basketball” – Perkins

1997 – Michael Jordan dunking on Dikembe Mutombo and giving him the “finger wag” afterward!

2007 – Flip Murray (Pistons) with the poster dunk on Kirk Hinrich of the Bulls!

Before moving onto the next topic, here is a look back at the Warriors dynasty both before and after Kevin Durant’s arrival: 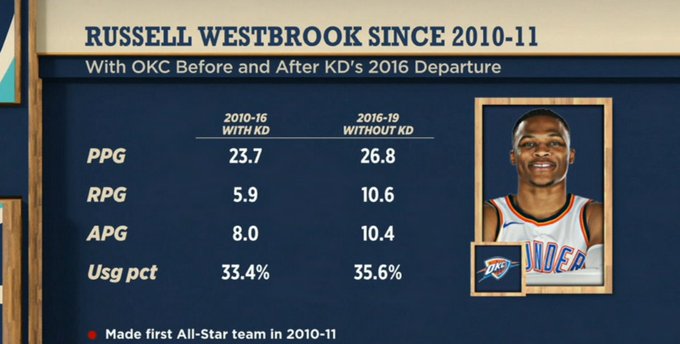 “The last time I mentioned KD and Russ in the same sentence, the world blew up! If they never broken up, I see the Oklahoma City Thunder building a dynasty. They could have went down as arguably one of the best duos to even play the game, or at least top 5” – Perkins

“I can see no dynasty for the Warriors of at all because you got to look at the balance of power then. LeBron could be sitting on a couple more titles. It would have been back and forth [other than just the Warriors]” – Pierce

“I knew both KD and Russ were going to be special. It would have been dangerous. That was a horrible divorce!” – Perkins

“They were talented, but it was a power struggle there” – Pierce

“My what if: Harden, Westbrook and KD staying together” – Nichols

Woj: Optimism growing toward a resumption of play this season

Adam Silver told those on the NBA’s Board of Governors call Tuesday that if a positive test would "shut us down, we probably shouldn't go down this path,” sources said. https://t.co/tkbh9poiQD

But where was James Harden on that call?

“I called Chris Haynes and he clarified to me from his knowledge that James Harden was not on that call. I found that very strange. That’s disrespectful to me. His voice and his opinion matters” – Perkins

“Harden has a big influence on this league and the things he’s done. He definitely should have been on the call” – Pierce

Expect other players to follow the lead of superstars?

“I’m confident they’ll follow. The league has so many resources and so many things that can back into and make it as safe for the players. With a positive test of one player or one staff member, I don’t think that should be something that should shut it all down but it would be kind of difficult moving forward. I trust Adam Silver to be the pioneer of what the league does and getting back to a little bit of normalcy” – Pierce

“My concern: What if you’re in the middle of the playoffs and one of your key guys tests positive for the virus? It could possibly cost you a championship” – Perkins