Opener (Via “The Last Dance”):

Difficulty of MJ’s performance after rise to fame?

“Nobody really prepares you for that. The level of awareness and the things that are in your control, that you have to be aware of like things that you say, things that you do when you’re out in public, everything gets scrutinized. I have to be T-Mac at all times when I’m in public. That’s the perception of use when you reach Michael Jordan level. It becomes overwhelming. People idolize what we do but a lot of times, they forget that were humans too. I can understand from Jordan’s level, globally, he was an icon” – T-Mac

“When all you really want to do is play basketball, he had to manage so many things. You have to imagine how difficult that was just to concentrate at times and for him to just be able to go through all that, it was just like almost god said, ‘You were built for this. I’m gonna throw this all at you and you’re gonna take it and you’re gonna be the best'” – Pierce

“When I reached stardom in Orlando and was given the keys because Grant Hill went down due to injury, it just was all about me. The biggest person in Orlando at that time was Mickey Mouse” – T-Mac

Best player to never win a ring because of MJ?

Charles Barkley on losing to Jordan (Via “The Last Dance”): 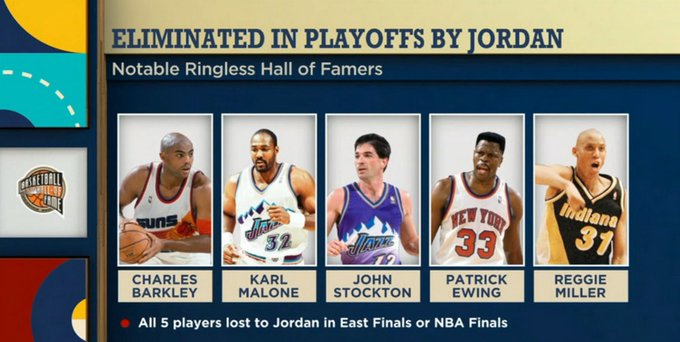 “Karl Malone. We’d be talking about him as being the best PF of all-time if he gets 1, maybe 2 rings in that era. History would be a whole lot different” – Pierce

“Karl Malone’s legacy really would be completely different if he had at least one title ring. I’m not sure Barkley’s would. Charles has been able to carve such a path for himself post playing, we would kind of think of him the same way if he had a ring or not. I do think we would think of Karl a lot differently” – Nichols

1995 – After Dell Curry buries a 2-point jumper, Michael Jordan answers right back by hitting the three at the buzzer to end the 1st quarter vs the Hornets!

1997 – Grant Hill cutting to the basket and finishing with the monster one-handed jam on the Atlanta Hawks!

2005 – Gilbert Arenas with game winning jumper to beat the Chicago Bulls at the buzzer!

Wilbon on MJ & the cost of fame:

“Michael Jordan, more or less, replaced Muhammad Ali as the famous man on the planet. And that people are going to make something of everything. I don’t think anybody was prepared for the fallout and the reaction to that”

Did Jordan have a gambling problem?

“I don’t know about problem. I didn’t feel the need to make that judgement. Every state has sought to enter into gambling at the highest level with all of the great casinos of our time” – Wilbon

“He didn’t have to. My guess: 9 [of out 12] of those guys just were not in favor of hanging out with him at times. It causes Isiah pain now. The notion that it was just Michael Jordan, historically inaccurate” – Wilbon

UPDATE: After the show went off the air, Wilbon tweeted the following:

“How many black billionaires do we have in the US now as that becomes an important distinction, an improvement achievement? Is that not worthy, I’m sorry. Anybody who tells me that’s not worthy to go to hell. Could he have done that and also been outspoken? I guess he could have, but he chose not to” – Wilbon

How many titles could MJ have won?

“I still believe there was a burnout. I really would have like to have seen the 7th title in 1999 that didn’t come about and angered everybody, including me” – Wilbon

The Undefeated on MJ’s “Republicans buy sneakers, too” quote by Jesse Washington 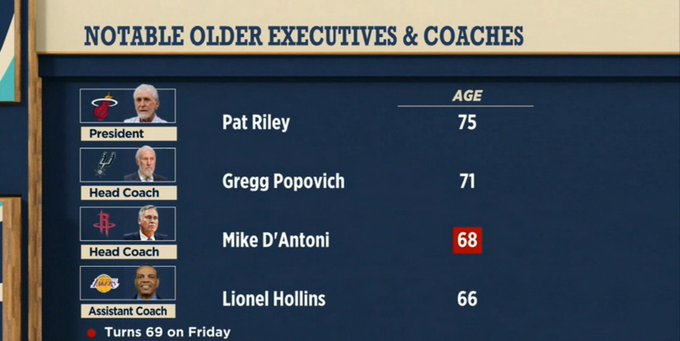 “It’s on them. There has to be a conversation that has to be made. Based on what the NBA wants to do in creating this bubble, it wouldn’t be a problem I don’t think” – Pierce

Is this season LeBron James’ best chance at 5th MVP?

“Yes it was. He’s playing at a high level and is playing a lot more lockdown defense and taking the challenges” – T-Mac

“I still think clearly this was Giannis’ year. But this was LeBron’s best chance” – Pierce

“If you poll writers, the large group that makes up the MVP voters, most of them were still going for Giannis. For me, LeBron’s best chance at the 5th MVP was back in 2011” – Nichols