“The public relations issue with the testing. There’s no way to go forward until we have testing ubiquitously across the country and I don’t know how far we are from that and neither does the NBA” – Windhorst

“There’s a lot of money at stake [television money]. I get that. But having to go through so much just to restart up this season and not knowing if all your players are in the best condition to continue playing this season, I just think it’s a little bit too much” – T-Mac

“It would take 1,500 people inside a bubble to play the games and that it would take 3 months. But league officials don’t want to do it. They do not want to limit the players to not being able to see their families” – Windhorst

“I would have to communicate with my family, the team and the players just to get a feel for them. We all have to be on the same page and agreeance to this. It’d be difficult for me, individually, to go out and try to reach my full potential when there’s no fans in attendance to watch these games” – T-Mac

“I could see towards the end of the year, potentially having social distancing fans” – Windhorst

1997 – Rex Chapman, with the Suns down 3, knocking down the clutch three-pointer off of one foot vs the Sonics!

2005 – Dwyane Wade throwing the inbound off Vince Carter’s back to lay it home!

I LOVEE BASKETBALLLL!! All smiles getting back on the court and hoopin again post-quarantine. Learning to not take for granted the "little" things I forgot to appreciate until they were gone #NeverDone #firstlove 🏀

“Right now in Beijing, life is getting back to normal. There’s a lot of traffic, everyone’s at work, the restaurants and the malls are all open. We’re working out every day. We get to play and train with the team every single day, it’s like a very very very long training camp. It’s like groundhogs day, but we’re figuring it out and we’re just waiting to see what happens next and if we’re going to have a season or not” – Lin

On speaking out against bias towards Asian-Americans: 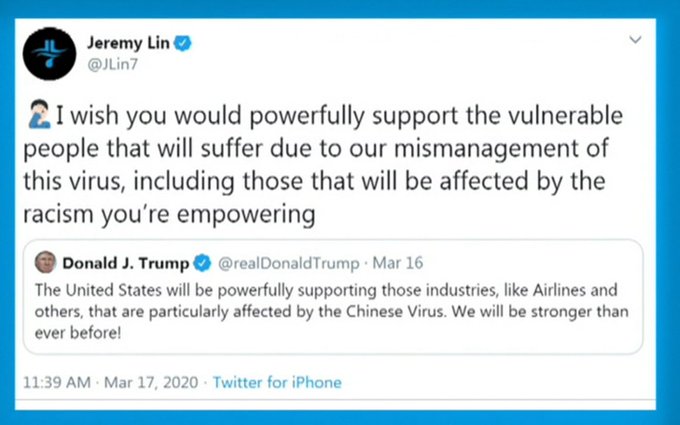 “We’ve seen a huge spike in hate crimes towards Asian Americans and it was just scary for me and the people that I love. That was kind of the intention and motivation” – Lin

Most insane moment with fans in China?

“There’s times when I literally can’t get to the hotel elevator on the road, I have my assigned room and I always do a secret switch that my teammates don’t even know about so no one knows what room I’m in. But somehow still, there will be fans waiting outside my door sometimes where we need to have security standing outside my door and shooing away people. I love my fans. This is the closest thing to ‘Linsanity’ in New York” – Lin

“When I first got the call from my agent, I was floored. They have a whole history of games that they can air and they chose my games and I was just like, ‘Are you serious?’ I’m still recognizing and realizing that maybe the impact that that stretch had on people. I never expected that” – Lin

Uhhhh lollll. Finally got my @raptors championship ring to Beijing and this things fatttt!! FAT! Thank you to Toronto and all the fans who made last year so memorable. Great ending to 2019, time to make more history in 2020. The ring literally takes over my hand…taking all suggestions on how to make it a lil more lowkey or should I just flex it everywhere I go lol 💎🏆 #WeTheNorth #diamondsareforever

First Asian-American ever to be an NBA champ!! Promise Ill never stop reppin Asians with everything I have! GOD established my step after step after step, allowing me to be 9 inches taller and over 70 lbs more than my parents. And def wouldn’t be here without my FAMILY! While others mocked, my family supported me all the way through. Thanks for believing in me and always always having my back…miss you @joshlin33 @patriciaylin #Godsplan #asianinvasion Proverbs 16:3

TWO MILLION+ people at the parade?!?? Literally endless seas of fans who rooted for us! Ill never forget this day…thank you Toronto! #WeTheNorth

“The ring is gonna make you feel different no matter what. Playing on the team and being a part of that, it motivated me a lot. I’m so glad to have experienced it and to make history: First Asian American to be an NBA champion” – Lin

A new series on The Jump called: 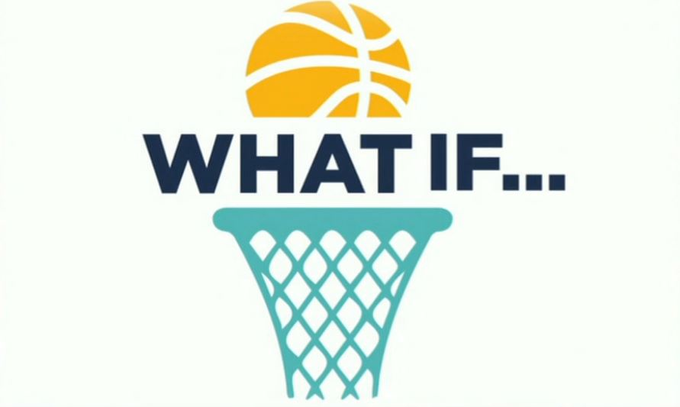 “Scottie Pippen wouldn’t be Scottie Pippen because even if he had had a great Hall of Fame career like he did, it was his combination with Michael Jordan that made that historically great” – Windhorst

“He still would have been Scottie Pippen. The Seattle Supersonics wouldn’t have gotten swept by the Lakers in Western Conference Finals. They would have won at least one game. Pip would have made a difference” – T-Mac

Van Gundy said Mavericks owner, Mark Cuban was to blame; The fine is the largest EVER for a coach!

“They were doing a bad job of officiating Yao. He was getting in foul trouble early in games and it was really putting our team in a deficit. One through six games, were close like five points or less and we get to game seven and lose by 40 points because Yao got in early foul trouble. It was worthy of it” – T-Mac