Does Steven Adams know it’s 2020?
Water Bottle challenge occurred in 2016; The celebration of doing a dap is from 2015

Steven Adams is a magician 🎩 pic.twitter.com/JONK7TD04s

“I would be very surprised if that was the case. I was stunned that Tim came and took this job as an on the bench assistant. I can definitely see him working with them for a long time, but this is just kind out of character for him When the job becomes open, the Spurs will have a long list of people to choose from. I’m not saying Tim won’t be on that list, I would just be stunned if he was chosen” – Windhorst

“He made it clear that it was a bit of a one off. But I bit was surprised that Becky Hammon didn’t get this shot” – Yates

Pelicans loss to Wolves make you doubt their playoff chances?

Alvin Gentry after the game:

“Hopefully, this is a game that we understand and we learn from because can’t afford not to be locked in. We’re in a situation where we’re trying to win basketball games to stay relevant”

“From a talent standpoint, they look great. The numbers race is tough (5 teams trying to get that 8th spot in the West). They can’t drop anymore like this. I’m not doubting their chances in terms of what they can do, I’m doubting their chance to even get the chance because of the teams that are ahead of them” – Yates

“This was a really, really bad loss. They’re so young that I don’t know if you can count on them. One thing they have going for them: They do to a certain extent control their own destiny, but just because they control it, doesn’t mean that they’re going to make it happen. It makes me wonder if their maturity is enough for this stretch run”” – Windhorst

Any concern over Zion’s first back-to-back?

“They obviously feel like his knee is handling the pounding, they have worked up his minutes load and I’m sure he’ll be fine” – Windhorst

“I trust them, but at the same time, think about everything they sold at the beginning of the season. You held him out and now you got a chance to play him in games that are meaningful. It’s a difficult situation because you don’t want to put yourself in a scenario where you look like you held back when you built both all this work in order to get him to that point. I have concerns, but their manageable concerns. But if anything looks like it’s a problem, I don’t think you can take that risk because down the line, you just can’t say that getting in this year is gonna be worth whatever you sacrificed” – Yates

OTD in 2008 – Rudy Gay with posterization dunk on Joakim Noah!

How much would someone have to pay you to take a charge from Zion?

Should we get used to hearing “Lonzo to Zion”?

“They could certainly hope so” – Windhorst

“Shai doesn’t have beef like this and doesn’t run his mouth. This is kind of surprising. He knew who was on the Clippers coaching staff and knew exactly what he was doing” – Windhorst

“This is a sneak diss” – Yates

Is “Logo LeBron” a thing now?

“I’m not expecting to see this that often” – Yates

How does Marcus Smart’s block compare to other guard-vs-big-man rejections?

Should Marcus Smart expect punishment for post-game exchange with refs?

Concerned by Celtics giving up 51 points in 4th quarter to Nets?
It’s the most points the Celtics have allowed in the 4th quarter since 1972

“I’m more concerned after hearing Brad. It sounds like that is not a great situation. I wonder when does crunch time actually apply for some of these teams in the Eastern Conference and if this is not it or if this is what we’re seeing from the Celtics when that is actually coming down to it, that does concern me. It’s not just what happened to Celtics vs the Nets because of the roster situation, but overall. They got to figure it out” – Yates

“If you’re Brad Stevens, you have to set the tone” – Windhorst

Rather build around Luka or Zion?

“Luka. There’s not a lot of questions asked. At this stage, he is a better player than Zion” – Yates

“I am more excited about Zion than pretty much any player that’s come into the NBA in the last 15 years, but it’s hard to pick between those two” – Windhorst

Bigger player of the month snub: Westbrook or Giannis?
LeBron and Tatum were named West and East Players of the Month 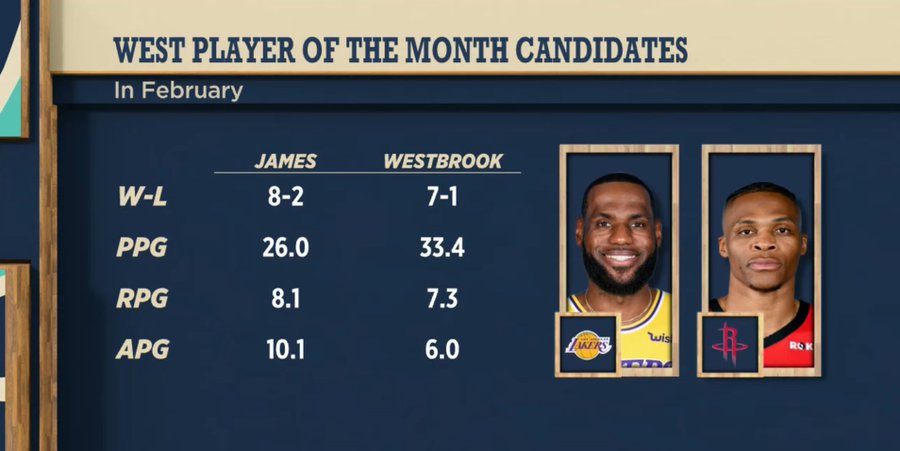 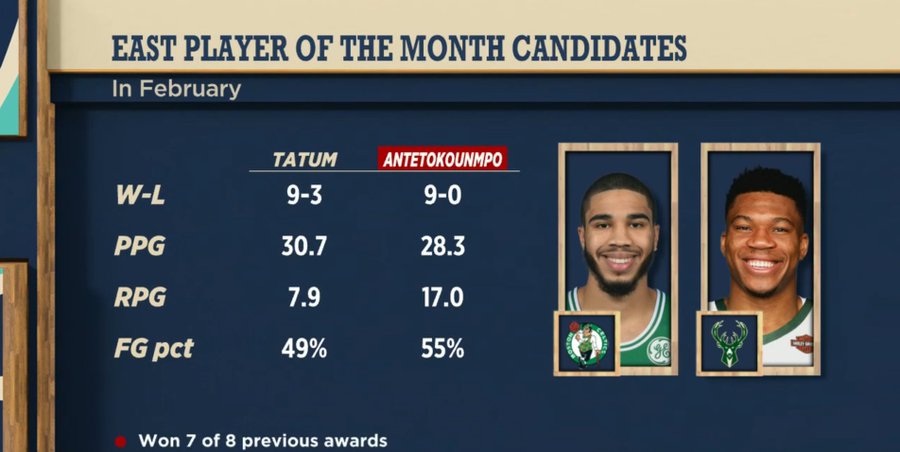 “Giannis’ stats are absolutely preposterous. But I’m giving it to Jayson Tatum because he hasn’t had a chance to win it and Giannis keeps winning it and I don’t think Giannis really cares” – Windhorst

“This was clearly Giannis’ award” – Yates

LeBron on playing with AD: “Everything I expected and more”

“I have never seen LeBron so invested in a teammate’s happiness and success as I have with this season. He has totally change his approach to the game to make sure that AD is happy and part of it is he wants the Lakers to be successful and part of it is that it’s not a guarantee that AD re-signs. Their chemistry in March doesn’t matter as much as their chemistry in May” – Windhorst

Wiggins: “Next year is gonna be a big year for us”

Just how good will Warriors be next year?

“I think it’s a playoff team. I don’t see them jumping back into elite Western Conference. They lost Kevin Durant and people forget about this. I don’t know how that blend is going to work” – Yates

“I don’t know if Andrew Wiggins is going to be good with them, but Steve Kerr keeps saying that he sees how it’s gonna work and he’s got credibility with me and I trust him. I’m gonna give him space to see. I’m skeptical, but I recognize that they are bringing back two hall of famers/greatest shooters of all-time and they still have Draymond Green. There’s no reason why they shouldn’t be a contender next year” – Windhorst

“The Warriors with Kevin Durant were one of the best teams ever in nearly a century of basketball. Are they going to get back up to that level with Andrew Wiggins? No. Will they be elite among the NBA teams competing in the league next year with teams like the Bucks, the Lakers, the Clippers and the Rockets who have yet to win a title as constructed? I would say that maybe the team that has Steph, Klay and Draymond and Steve Kerr coaching it, decent management with Bob Myers, who knows what he’s doing, I’d say they could at least possibly be in that group” – Nichols 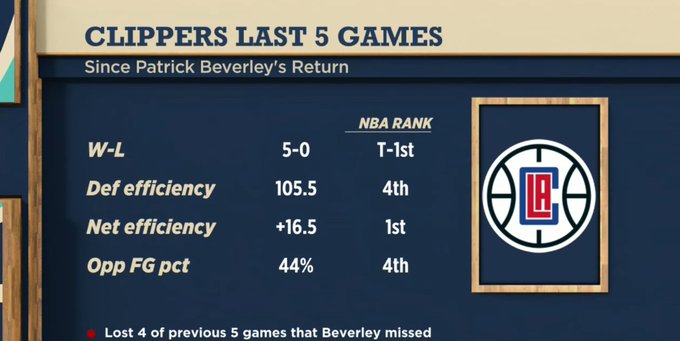 “I do. When they’re hitting their absolute top ability, they’re the best team in th league. The problem is there is that uncertainty” – Windhorst

“When they have all their lineup, they don’t lose. I do believe it. They’re elite” – Yates

OTD in 2009 – Mike Taylor (Clippers) with the explosive double pump one-handed baseline jam on the Grizzlies!

How will Bucks respond to blowout loss vs Heat?
On pace for 69.9 wins this season