Are Bulls taking tanking to a whole new level?
Jim Boylen calls a timeout as the Bulls appeared to be on the verge of scoring in transition

“That was pretty ugly” – Yates

How excited should Heat fans be after win over Bucks?

Jimmy Butler on Heat being the only team to beat Bucks twice this season (Via Fox Sports Sun):

“Overall, this was a great win wire-to-wire in the manner in which they won it in terms of controlling the game, not just defensively. They looked like a team that knew what they were doing and would not be scared if they faced them in the playoffs” – Yates

Do Heat have blueprint for guarding Giannis? 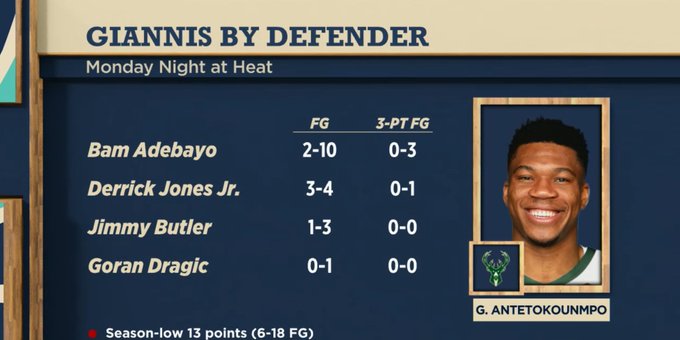 “The way they defended Giannis is a blueprint that a lot of coaches are going to be stealing from. That game tape is going to be circulating around the league. If you’re Mike Budenholzer, you’ve got to study that tape and develop some counters if you’re going to see teams like this in the playoffs” – Shelburne

“This is what Pat Riley envisioned. When he made those deals, he felt like this thing can be had: The Bucks may have some holes, particularly Giannis and in his game offensively and find a way to stay in these games against them, maybe they do sneak out of the Eastern Conference” – Sedano

McCollum scored 41 points vs the Magic

Are we sleeping on Blazers playoff chances? 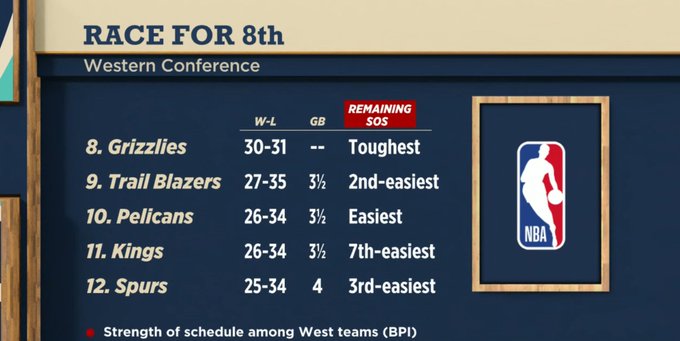 “That’s the team that I’ve always thought that was going to sneak into that 8th spot. With that veteran team, it’s hard for me to count them out” – Shelburne

“Zach Collins, to me, is the most important player on this team from an injury standpoint mainly because of his defense and rebounding inside” – Yates

“I’m in on the Pelicans at this point. The Pelicans are trending in the right direction and there are a lot of questions about the Blazers with the health” – Sedano

OTD in 1999 – A young Kobe Bryant finishing the tough up and under layup vs the Suns!

“It is the perfect nickname for this guy” – Yates

“Only when it’s me doing it” – Shelburne

Was Giannis handing out some payback on this play?

Who was more hyped?

"I'm being harassed by James Dolan and I don't know why."

You won't see Spike Lee at another Knicks game this season, according to him. pic.twitter.com/jdcNLBeopC

“Every time I see it, I get upset. You don’t mess with Spike Lee! This is perpetuating the appearance of your franchise” – Shelburne

“It’s the dysfunction. This just does not look good from an NBA standpoint overall” – Yates

“Even if the Knicks are right, they’re wrong because this is the result. I want to see how much power the Knicks give Leon Rose to handle things like this now that he’s in this role” – Shelburne

“The Knicks need to realize that they don’t get the benefit of the doubt. End of story” – Yates

“To quote Spike, ‘They got to do the right thing'” – Shelburne 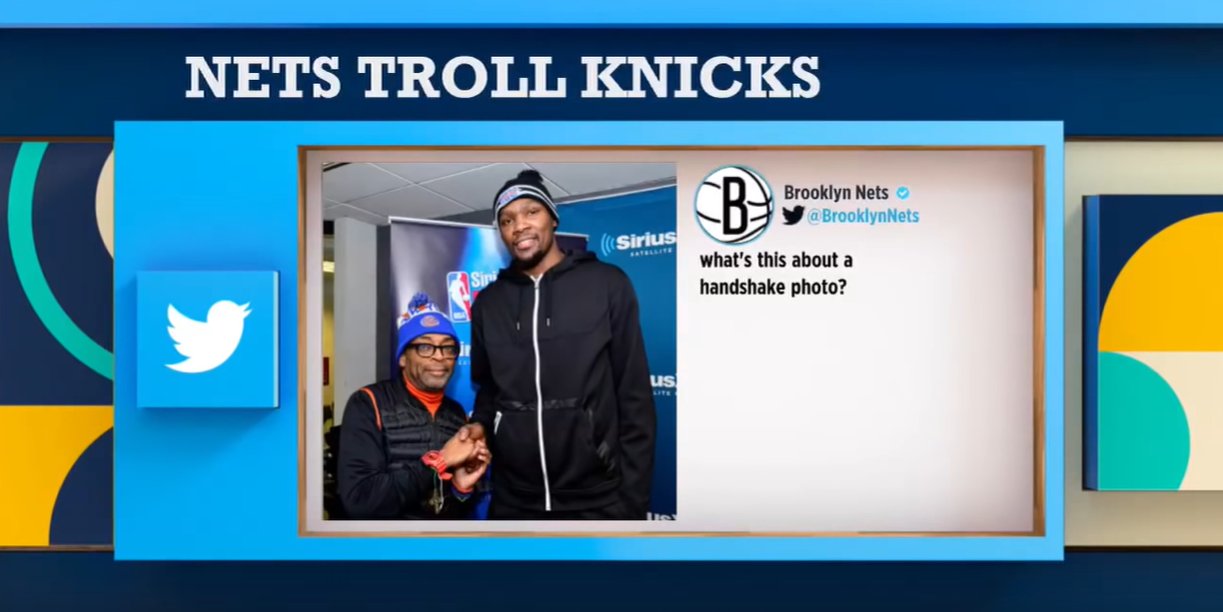 Brett Brown: Simmons & Embiid will win a title together

“He better believe that. He’s coaching them. The championship expectations are there, which was the whole process was for is to get to this stage with two players of this caliber” – Shelburne

“He does have to believe this and I believe it too. They’re as good of a duo in the NBA as any other young pairing. Why wouldn’t they be able to figure it out” – Yates

“My only question is: Will Brett Brown be around to see that come to fruition?” – Sedano

Jeanie Buss on Dwight’s first Lakers tenure: “We hired a coach that didn’t respect his game”

“The Hawks are terrible. He’s right. What are you supposed to do about that if your the coach?” – Yates

“I feel bad for them because the Hawks are one the most disappointing teams in the NBA this year. They were poised to make that jump and everybody’s sleeper pick to sneak into the playoffs this year. They’re not trying to lose or tank. They believe in creating a winning culture and trying to continue developing and they have not done that” – Shelburne

The problems behind Trae Young’s signature plays by Kirk Goldsberry

OTD in 2002 – Michael Finley with the posterization dunk on the Nuggets!

Adjustments
What should Curry look to accomplish this season?

Back in Action
Kemba likely to return vs Nets (Knee)

“I do like him fitting in as potentially the 2nd or 3rd guy on this roster the way Jayson Tatum is taking a leap and the way Jaylen Brown is playing too. They’re as dangerous a team as there is in the Eastern Conference when they’re healthy” – Sedano

27 years ago today, 7'7" Manute Bol surprised the Suns by hitting six 3-pointers in a half 🔥 pic.twitter.com/X1vAKL4Uo9

“At this point, their season is lost” – Yates

“Have they been that much better with Kyrie this year? I don’t know if it matters all that much right now. With Kyrie, if they want to win something big, yeah. But why not just go for that playoff spot?” – Shelburne