Kevin Durant getting some shots up at Nets’ practice today. pic.twitter.com/sNbdtO00Lc

“I do. I’ve been here before. The guy is in his prime years of his career. It’s tough on him because John Wall has been out the last couple years and when you don’t have that other All-Star, it is tough on your shoulders to deliver every night. He’s shown that he’s giving a winning attitude, his approach to the game and the way he’s going about trying to get wins for this team is just not transferring over. Putting up these type of numbers, you would think it would result in a win, at least one” – T-Mac

“I think it’d be kind of cool if he finished 30+ [ppg] for the season. He should go for it. Feel bad is strong, but I understand his frustration. Given all the knee surgeries and now Achilles tear, I don’t really know what we should assume about John Wall going forward if were ever going to see him as a star player again. I don’t think you could say that definitively. Beal does become trade eligible again in the summer and if he really is frustrated and he really wants out, he would be not even close to the first star player to use his leverage to find a place where he can contend for championships” – Lowe

Embiid after the game (Via NBC Sports Philadelphia):

“Simmons’ injury. They need all their star players to really get where they want to go. Start to finish this season overall, Ben Simmons has been their best player” – Lowe

“Simmons’ injury. Defensively, he’s one of the best defenders in this league being able to guard multiple positions and do it at an elite fashion. If Embiid can play this way when Ben Simmons is back, they are a championship contending team. But it hasn’t been that way. To get to where they want to go, they’re going to need Simmons” – T-Mac

OTD in 2009 – Gerald Wallace (Charlotte Bobcats) throwing down the alley-oop slam from Raymond Felton on the Kings!

Should we call this “The gather shuffle”?

“Yeah. I have to give it to him. I used my left [hand] a lot. The reason why: I’m stronger with my left on palming the ball” – T-Mac

“It’s a Joe Harris thing. I think it’s good. I like it. I’m all for the synchronized bench celebrations” – Lowe

Anyone claim more victims this season than Tsunami Papi?

Starting to worry about Heat?
Dropped a road game in Cleveland after blowing a 22-point lead 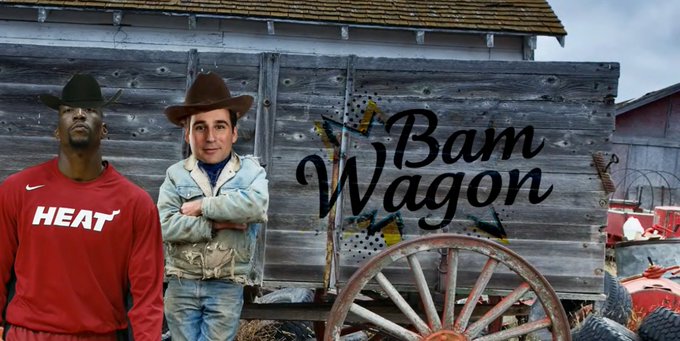 “I’m not worried about the Heat. They’re interrogating some new players. They’re probably a little bit behind Toronto and Boston and that’s kind of who we thought they were” – Lowe

“I’m not worried about these guys at all. They play hard every night. They’re just trying to figure things out” – T-Mac

Are Rockets proving everyone wrong?

T-Mac, how you feeling about the Harden 40 PPG bet?

That boi to the left of me is an ABSOLUTE PROBLEM!! Keep going #YoungKing🤴🏼 #OnelegSleeveGang lol 🙏🏾💪🏾👑

“Yes we are. He’s making the leap to super stardom. The Jayson Tatum we’ve seen in the last month has a chance to be a top 10/top 5 player in his career and that changes everything for the Celtics later and even now because he’s kind of forced to hierarchy onto their team like they have all these guys who need the ball and how the mix is going to be. But he’s the No. 1 guy. He’s a really good defensive player which I think people are slow to realize. The next step for him: How good of a passer can he become?” – Lowe

“It’s in the making. It’s that time. You can see he’s extremely confident right now and he separated himself from the other players on the team to let everybody know he is that No. 1 option. But I don’t want to give him super stardom right now until I see what he does in the playoffs” – T-Mac

How important is Pat Bev to Clippers success? 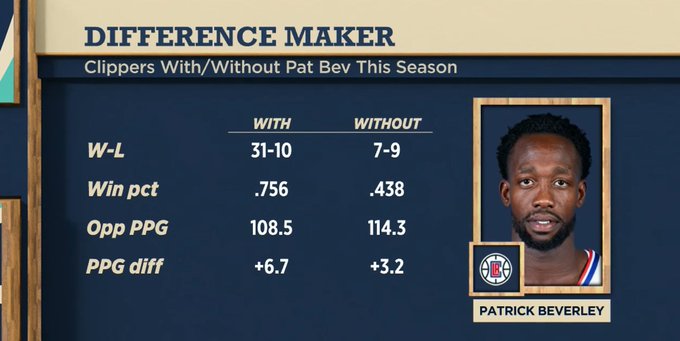 “The guy’s an All-Defensive First Team type of guy. He sets the tone. He’s the energy setter” – T-Mac

OTD in 1999 – Rookie Jason Williams faking the behind-the-back pass to finish layup vs the Sixers!

Tough losses
How badly do Pacers need a win? (Lost by 46 to Raptors last game)

Up and Down
Who are the real Utah Jazz? 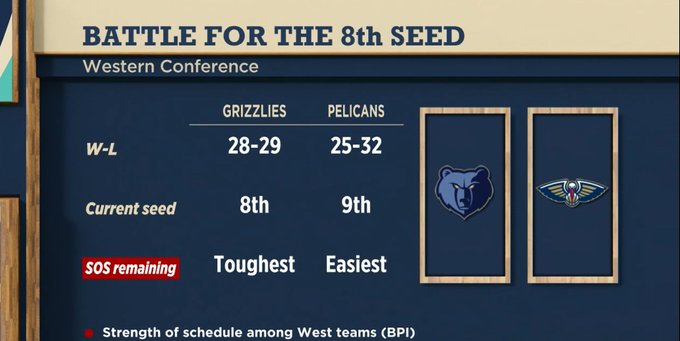 Expectations for Zion vs LeBron Vol. 1?

“I expect Zion and LeBron to be who they are. These are the two most unique players in NBA history” – T-Mac

“One of these games, Zion is going to pull down the whole basket like Shaq!” – Lowe

“Pelicans vs Lakers is a first round series everybody wants to see. This would be a crazy playoff series” – Lowe

Celtics at Blazers
Should Blazers start thinking about the lottery?

“No. Not at all. They have enough to at least stay afloat and keep it close and striking distance until Dame gets back” – T-Mac

“They’re not going to stop trying to win with Dame and CJ. Go for it” – Lowe