Think D-Wade would score this dunk a 9?

Thoughts on Embiid calling himself “Best player in the world”?

“I don’t have a problem with it. With Embiid, it’s always been between the ears when he decides to come out and be the dominant force, he’s a nightmare. There’s no one in the world that can guard him. What we need to know from him is what Embiid are we going to get? When we find out what Embiid were going to get, were going to find out how far they’re going to go in the playoffs” – Barnes

“They [Simmons & Embiid] can’t be their best most of the time with each other. When he’s in that mood, and he is moody, he is one of the best players in the league but it’s harder when Simmons is there because it’s harder to get into that zone” – Windhorst

OTD in 2001 – Stephon Marbury of the New Jersey Nets with the layup and then stealing the inbounding pass and steps back to hit the 3 pointer vs the Raptors!

“Combination of both” – Barnes

Did this really deserve a tech?

“Ridiculous. That ref needs to be fined” – Barnes

Fan of Kawhi wearing his own jersey on vacation? 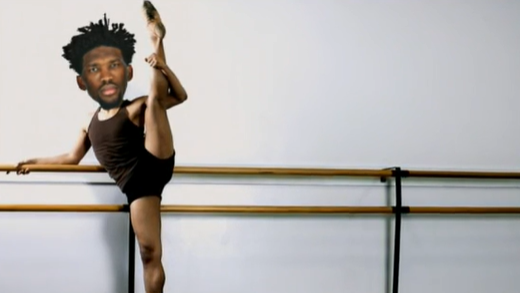 Kyrie to have season-ending shoulder surgery (Per Nets GM, Sean Marks) | What should Nets look to accomplish the rest of this season?

“Just continue to play hard. The most important thing is that he doesn’t want this to continue to nag. They’re going to be battle tested” – Barnes

“They have clarity now. They know that this is going to be their group and are going to be able to play this way. This is also going to be a bit of showcase [for the other guys]. When I talk to executives, they think if you’re the Nets, you’re going to look for a third star” – Windhorst

“As Thursday night [vs the Sixers] showed, they could put the scare into somebody in the first round, but they won’t be the favorite” – Windhorst

Snippet D-Wade’s rap debut on his track with Rick Ross:

Pat Riley: “Nobody believes we can win a championship”

“What is he talking about? We’ve been on a Heat binge for months now. They need homecourt, but their defense has struggled and they’ve had had some injuries. The Heat have to worry about themselves right now besides perception” – Windhorst

“It’ll take a couple weeks [for the new guys to fit in]. They’re definitely going to be a scary out, regardless of what their seeding is and they have experience” – Barnes

this man @traeyoung is a teller of the future. he was right. game WAS over!

Trae remembered that IG post and then tweeted this:

…and FYI @JimmyButler was right, I can see the future… I saw tonight happening awhile ago🤷🏽‍♂️ #AndIDontEvenLikeTwitterBeefsBuuut

“Not at all. It’s all fun and games. Jimmy is always going to remember that. Trae Young has a lot of confidence coming out of the All-Star game” – Barnes

Heat found their icon in D-Wade by Jorge Sedano

Biggest area of improvement for Zion?

Westbrook picking up too many techs?

Westbrook on his ejection vs the Warriors: 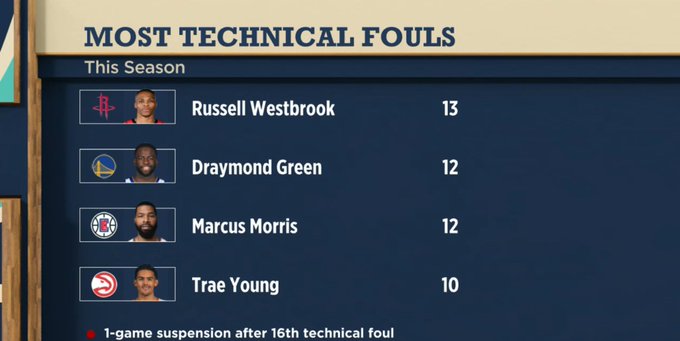 “No. Not at all. If he has to sit out a game, he probably needs a little bit of rest anyway. Russ wants it more than anyone else out there. I’m taking him 10 out of 10 times” – Barnes

“I don’t think the Rockets are worried at all” – Windhorst

OTD in 2009 – Earl Watson with the off-the-backboard alley-oop pass to Russell Westbrook vs the Warriors!

Fight Night
Deontay Wilder vs Tyson Fury: Who ya got?

Sidelined
Warriors announce Klay Thompson will not play this season

Beardo Barnes
Harrison Barnes playing like a guy who wants to shave?
Says he won’t cut his hair or shave until the Kings hit .500 or the season ends

“His face is just itching so he’s out there playing hard. He’ll have to shave that in the offseason” – Barnes

Buy Sixers playing Horford as sixth man?
First time he’s playing off the bench since his rookie season (2007-08); Told reporters he may continue to come off the bench moving forward

“Yeah. I do. It’s just too much clutter with the starting unit. Him coming off the bench, he’s a team player first, which won’t be an issue in the locker room and it’s great to have his experience with that second younger unit” – Barnes

“They did sign him for April, May and June. This has not worked out. His role has changed, but what they need him to do has changed again because they don’t have shooters and have him be a floor spacer” – Windhorst

“If the Sixers are out early in the playoffs, were going to see massive changes to this team and Horford’s future may not be in Philadelphia, along with Brett Brown” – Windhorst