How do you remember Heatles teams?

“That Heat team was dangerous. The thing about them is that you can feel the chemistry. The biggest takeaway: They set the bar and set a great example for players controlling their own destiny in free agency and after that, they opened the floodgates for superteams” – Perkins

“He took a backseat to LeBron, but in big moments, they did call on flash a lot and he delivered” – Perkins

Where does Dwyane Wade rank among SGs of all-time?

“I have him in my top 5. He’s #4 on my list. I have him behind Michael Jordan, Kobe Bryant and Allen Iverson. My #5 is James Harden” – Perkins

OTD in 2003 – Kobe Bryant driving to the basket and throwing down a massive dunk over Yao Ming!

With no games played on Monday night, let’s…

Bulls looking to change front office?
Per the Chicago Sun-Times: Team president, Michael Reinsdorf looking to change up the Gar Forman/John Paxson duo, who have been at the helm since 2009 and the process of reviewing potential candidates has reportedly already begun 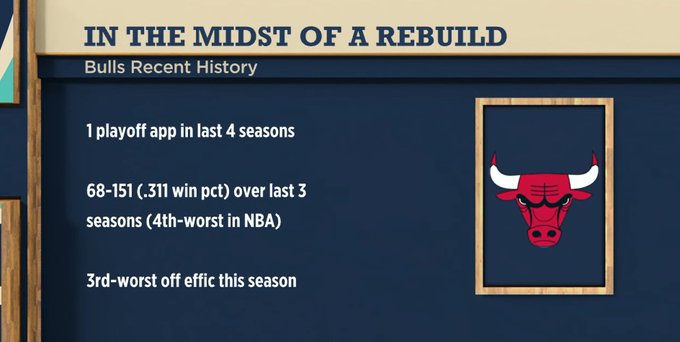 “I credit the NBA for this: The All-Star Weekend was that epic that the Bulls felt like they need to reevaluate this and get basketball back to where it needs to be in the United Center and the city of Chicago” – Perkins

Nick follows that up with:

“Name to keep an eye on: Mark Bartelstein (NBA Agent). He’s based in the Chicago area”

Stance on going straight from High School to NBA?

“There needs to be a rule. Nothing prepares you for the NBA like the NBA because it gets you right. If you’re ready, come on out because I know a kid right now that’s 15 years old, who is a sophomore by the name of Emoni Bates and if he wanted to declare for the draft this summer, he would be a lottery pick hands down. The one-and-done rule is great for college, but it’s not great for the player” – Perkins

“The league is in a much better place now to handle kids who come into the draft who may not make it right away because of the G-League. Kids need to be able to come in right away from high school and make that decision for themselves” – Friedell

“If they do get rid of one-and-done, the NBA needs to put in a pretty strict support structure. If you’re coming straight from high school, some sort of mandatory check ins with either a financial counselor, a sports psychiatrist and with someone who’s going to make sure that life and that adjustment from being a kid” – Nichols

How accurate is KG’s Perk impression?

Via Matt Barnes & Stephen Jackson’s “All The Smoke” podcast:

Buy small-ball Rockets as legit title contenders?
Houston will be signing Jeff Green and DeMarre Carroll to fill out the roster for their playoff push, per Adrian Wojnarowski and Tim MacMahon

“I’ve been very critical of Mike D’Antoni and Daryl Morey, but they are on to something. What they’re doing offensively is brilliant. They are playing with a different type of swag. Stop James and Russ. You can’t stop them. I wouldn’t be surprised if they make it to the Finals. The way Westbrook and Harden are playing, they are capable of giving you a 40 piece wing dinner. Spicy!” – Perkins

“I’ll believe it when we see it. Were used to seeing the Rockets make a lot of headlines in February and March, but not so much in May and June. There’s a chance, but can you maintain it for the next three or four months and that’s what I’ve never believed with Houston. They’ve gotten to that point and haven’t crossed it” – Friedell

“I’m done with the ‘Hamstring away.’ I really like this and I’m very interested to see what happens” – Nichols

OTD in 2003 – A young Tracy McGrady driving to the basket and finishing with the difficult layup on the Hornets!

Movin’ Up
Anthony Edwards moves to No. 1 pick in latest ESPN Mock Draft

Giannis looking to team up with his brothers one day?
FYI: Giannis’ other brother, Kostas, plays for the Lakers while his other brother Thanasis plays on the Bucks

“He’s going to do all he can for the Bucks, but I think he’s leaving Milwaukee when his time is up. He’s going to go to a bigger market. You got to be selfish” – Perkins

“Kawhi leaving Toronto is different because he was just there as a one-year rental. If Giannis wins the title in Milwaukee, he is staying there, even if they make the Finals (but comes up short), he might not sign the supermax right now but stays anyway” – Nichols