Steph and Klay played rock paper scissors to see who would honor Iggy after his tribute video. pic.twitter.com/K42QrfZUJk

“I absolutely love it. This is the culture that’s been created there and this is why it’s worked for so long” – Friedell 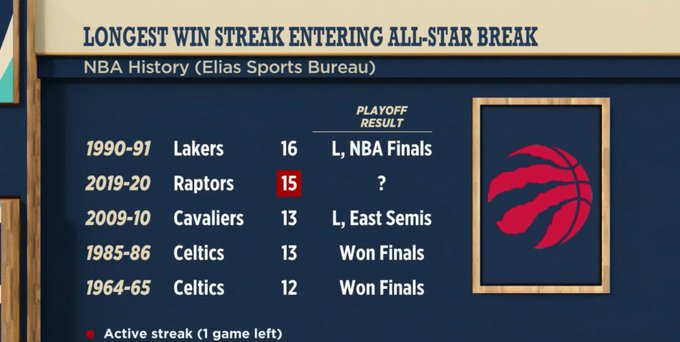 “I don’t know if they’re the biggest threat, but they’re a huge threat because these guys were all a part of that championship team and they grew from that. Their young players have now taken a jump to fill that void of Kawhi Leonard. It’ll be normal for them” – Fizdale

“I love what Toronto is doing, but I still believe the Sixers can get it together to challenge Milwaukee” – Friedell

“I still think Milwaukee will come out of the East. I just don’t know if they can take care of that Western Conference winner” – Fizdale

“They are not just the same team that had Kawhi on it once you took Kawhi off of it. When you talk about the growth of those young players and the confidence you get from winning a title, that stuff is real” – Nichols

“Kyle Lowry’s confidence is at an all-time high now and has deep belief in himself. They’re too deep at every single position. I would not want to run into Toronto with a championship coach in Nick Nurse leading the way” – Fizdale

“No. I am all the way out on the Timberwolves. I don’t believe that KAT is mature enough as a leader to be the face of a team that can contend and grow” – Friedell

“The Warriors did not believe that D’Angelo Russell was a core piece of a possible title contender. It was his attitude day-to-day” – Friedell

“The culture that’s being created in Minnesota: Everybody is afraid of upsetting KAT. The move to make to me is to trade Towns down the line” – Friedell

“I do think it was a great move for Minnesota not just because of the friendship. I have seen friendships work. From a positional standpoint, it fits. It does give them a boost from a win standpoint, but at the same time does it get them to where they need to be? No. They got to fill in some veteran pieces around these young guys that can mentor them and lead them when they don’t necessarily have the tools to understand how to get the team where they need to go” – Fizdale

“A lot of stars in the league have won. Towns has never won anything. Around the league, the word is starting to come out that Towns has a ton of talent and they’re going to rack up a ton of points, but is somebody going to make him play defense all the time and bring out the mental toughness that you need night after night to be the person who leads the way?” – Friedell

OTD in 2003 – Kobe Bryant with the behind the back reverse dunk over Vincent Yarborough (Nuggets)! 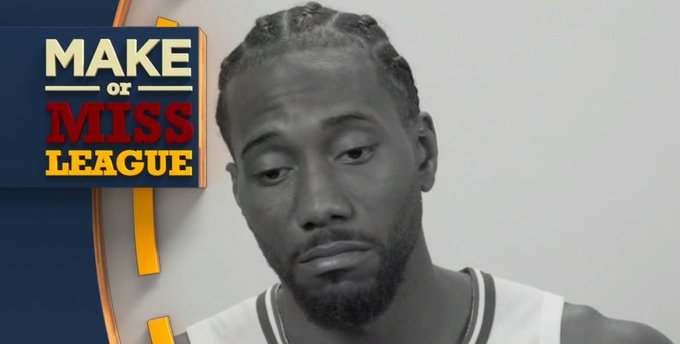 Are the rims in Toronto magnetic?

“The softest rims in the league. But they’ll take it” – Friedell

Bogdanovic feeling dangerous after his game-winner?

That type of night for the Lakers?

“Let’s just have them in the dunk contest” – Friedell

“The East is tough. I would not use fear as an answer according to the other teams. They’ll respect them, but they’re going to really test them and see how much they’re going to trust each other, how healthy are they. On paper, they should be right in the mix as a contender” – Fizdale

“Dinwiddie is a hell of player and his story is unbelievable, but this is all depending on Kevin and Kyrie being healthy” – Friedell 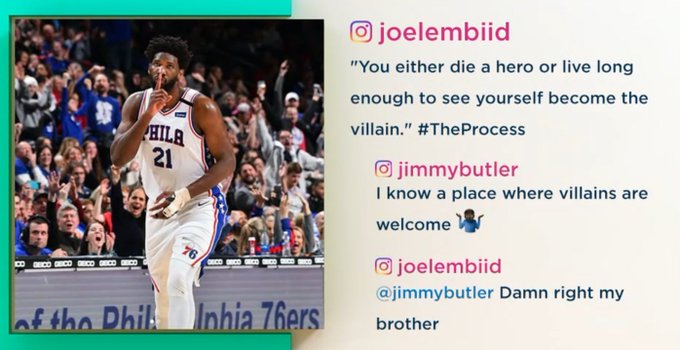 Made for this… If I can take it then you can too. PHILA TOUGH!!! #AllLove pic.twitter.com/hno6UH1GPD

“Absolutely. Are you kidding me? The Heat would love to have a guy that. Who wouldn’t?” – Fizdale

“He’s got a close relationship with Joel, but there are a lot of different dominoes that would have to fall” – Friedell

Are Sixers issues bigger than personnel?

“It’s not personnel, it’s personalities. When Ben and Joel really decide to give to give up a part of themselves to make the others better, that’s the only way it’s going to work and then they’ll take off. I think Brett Brown is the guy for the job. He’s the one that can get them over the hump” – Fizdale

“It’s a little bit of both. But I do think it’s personnel. They need to be able to win on the road to be able to move on in the playoffs. They built a team that was built to beat the Bucks” – Sedano

“Elton Brand is feeling a lot of heat. Were going to find out how much Brett Brown’s message is still resonating over these next few months because This is his last stand” – Friedell

Rondo proving Lakers don’t need another piece?
Had 23 points and 6 assists and was +22 vs the Suns 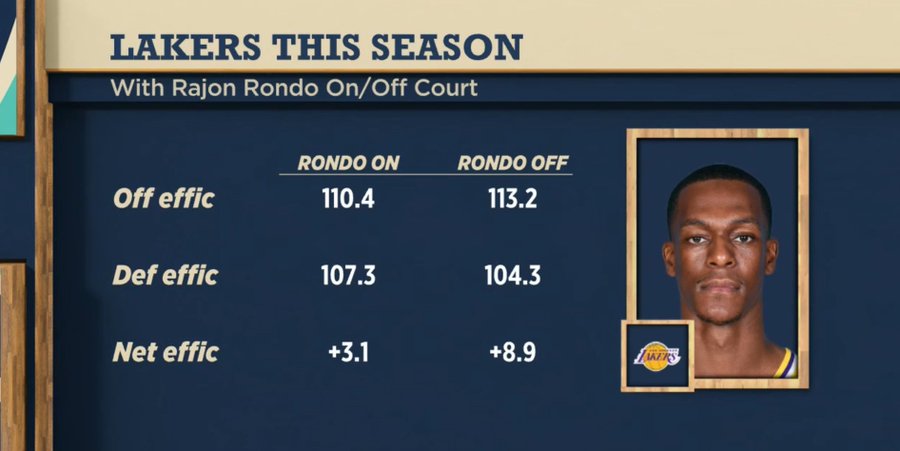 “If any indication, absolutely not. The fact that he’s been a net negative player for almost 7 seasons now just shows us that these performances are aberrations at this stage of his career” – Sedano

“This team is going as far as LeBron and Anthony Davis take them. They still need another piece. You can’t rely on a guy like Rondo game after game. As solid as the Lakers have been and as great as Rondo has been recently, it’s still the Clippers” – Friedell

“Y’all are sleeping on Rondo. You’re talking about one of the most brilliant basketball minds in the game. He’s going to figure you out and pick you apart” – Fizdale

Warriors set up for future success?

“I think Wiggins is going to be in his perfect role. He’s not going to be asked to be the one-two punch. He’s going be asked to be that third or fourth guy that can impact a game when maybe one of those other guys aren’t rolling that night. A winning culture has an effect on a guy. He’s a talent. He’s a go get and a scorer. He’s a perfect fit for them different than Russell was” – Fizdale

OTD in 1999 – With the game already decided, Scottie Pippen decides to heave a one-hook 3 point shot at the buzzer!

Luka Back?
Luka returns to practice, plans to play vs Kings on Wednesday

How well do Celtics matchup with small ball Rockets?

“The Celtics matchup perfect with them. They’re built defensively, with great habits, to give Houston some problems ” – Fizdale

“I feel like these two teams are looking in the mirror at each other, not in the way they play but if all the dominoes fell the right way, they could potentially get where they’ve always wanted to go, but I feel like they’re on the outside  looking in right now. They’re just not ready for that next level of prime time” – Friedell

Blazers at Pelicans
Zion: “Ready to go” vs Blazers

“Zion is their nucleus. Everybody else orbits around him” – Fizdale

“I get really nervous when I watch him. It feels to me like watching early Derrick Rose in the sense that: you know you’re seeing a transcendent talent, you just worry so much about those knees and can they stay healthy. He’s so important to the league and that team” – Friedell

Reigning #WNBA MVP @De11eDonne is staying in The District! pic.twitter.com/GPHpdrg2jM