Will Rockets ever win a jump ball again?

OTD in 1999 – Kobe Bryant with the amazing footwork and getting around Jeff Hornacek (Jazz) to finish the reverse layup!

What did Satoransky think was going to happen here?

“I don’t know why people keep trying him?” – Perkins

“It never works for a guard in the paint to double clutch on a shot. It’s the basis of getting embarrassed” – Windhorst

What did the rims do to deserve this?

Think Giannis has been working on his footwork?

“I enjoyed watching it. It was an innovative way to go about it. My instinct tells me that it is a trick offense and that when teams get more used to it, can you win 4 games in a playoff series playing that way? My feeling is that you can’t. I’m also concerned about P.J. Tucker that he’s just going to get worn out. It’s just not typical of what you see in the NBA” – Windhorst

“I’ve been very critical of D’Antoni, but I have to give him his credit on this one for the simple fact that he’s doing something that I actually agree with. He’s going small, he’s spacing the floor with five perimeter players and his two former MVPs in their prime. Once they get past the first line of defense, it’s over with. If CP3 was one this team, they couldn’t do this. I don’t see any team having an answer for this” – Perkins

“I blame Rajon Rondo for what Russell Westbrook did to the Lakers because he gassed up Kyle Kuzma the last game that they played them [before Thursday night]. You can’t do that to a guy like Westbrook. I see this working. Nobody will stop them. The lane is wide open” – Perkins

If you missed the trade deadline special on Thursday, let’s just say it was…chaotic!

Woke in my Hotel room in Denver and was watching Espn at 8 in the morning and found out I got traded to OKC!!! Lol

Darren Collison is sitting with Jeanie Buss at the Lakers game tonight. pic.twitter.com/DqUibRc44u 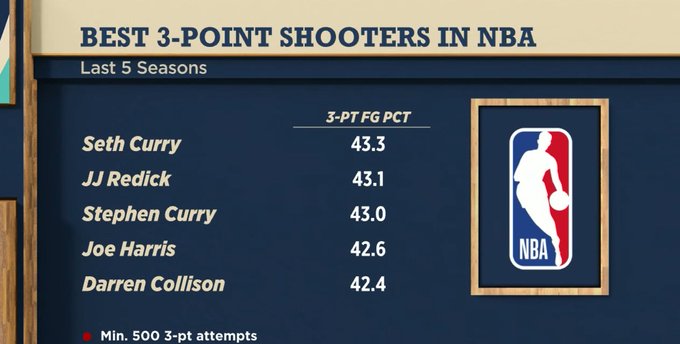 “It’s not an if. He’s going to be Laker. He’s going to change everything for the Lakers and give them that extra edge to winning a title. He can get a bucket, he defends at a high level, he creates for others and the most important thing: You can play him in the 4th quarter with LeBron James because he does not need the ball in his hands to be successful. He’s one of my favorites because he’s old school. He picks up 94 feet on the defensive end” – Perkins

“I think Collison would have gotten $12M or more a year had he signed last summer. Adding him, in my mind, is a bigger addition if he’s Darren Collison than the Clippers adding Marcus Morris. The injection of talent that the Lakers need” – Windhorst

“I hope it works out for the Timberwolves. Their entire organization needs some good news. They’ve had nothing but bad news for months” – Windhorst

“I’m a little more skeptical about this fit. D’Angelo Russell has the same issues on the defensive as well. You got to play different than the way you’ve played as an individual, let alone with someone else” – Elhassan

“The only thing that hasn’t changed is KAT, except his bank account What’s going to compel him to change? His best friend coming in who doesn’t defense either?” – Elhassan

Giannis’ reason for not selecting James Harden in the All-Star draft (Via TNT):

“I would say right now they are. He’s playing at a phenomenal rate. He looks like he’s headed towards to his 2nd MVP with no question. He plays 31 minutes a night. What he’s doing in that amount of time, I don’t think it’s ever happened in the history of the NBA. They still have small flaws. That flaw to me, offensively, I have to see Giannis hit shot after shot from three and defensively, they give up a lot of 3s” – Elhassan

“I agree with him. They have zero flaws. Their roster is complete” – Perkins

“On paper standpoint, they may be the best regular season team in NBA history. Their numbers even look better than the 73 win Warriors when you look at what they do offensively and defensively. When I talk to players, they don’t fear them” – Windhorst

OTD in 2004 – Amar’e Stoudemire finishing the tough no look circus shot on the Jazz!

Heat at Kings
How much better did Heat get with Iguodala trade?

“It would have been a lot better if Danilo Gallinari was part of that. I would have had them as probably the Eastern Conference champs with Gallinari. I’m high on the Heat for this reason: If you look at the record that they built, the players responsible for that are still all in that locker room. Everyone they traded was either hurt or never played for them” – Elhassan

“They got two rotation wing players, only gave up one. Great trade” – Windhorst

“Great trade. They’re better enough to be in the Eastern Conference Finals. They have that veteran leader in that locker room that nobody talks about in Udonis Haslem to keep everything in line” – Perkins