Perk, could Zion do this to you?

“No. We would have been wrestling for it” – Perkins

Brian Windhorst (First Half Only):

Jackie MacMullan (Second Half Only):

Did Rockets get better?

“I don’t think it was a great deal, but it wasn’t a bad deal. When you look at this Rockets team, they were already terrible defensively. I love Clint [Capela], but he had a history of disappearing in the playoffs. With this move, they’re going to spread the court and stretch the bigs out. Your’re taking that defensive center out to the perimeter and the lane is wide open and it’s going to be nothing but Swiss cheese” – Perkins

“It’s gonna be potentially good for Harden. The Rockets for the 2nd straight year used assets to get under the luxury tax. I question the decision making with the money spending when you got Westbrook and Harden in their prime” – Windhorst

Is KAT going to ask for a trade? 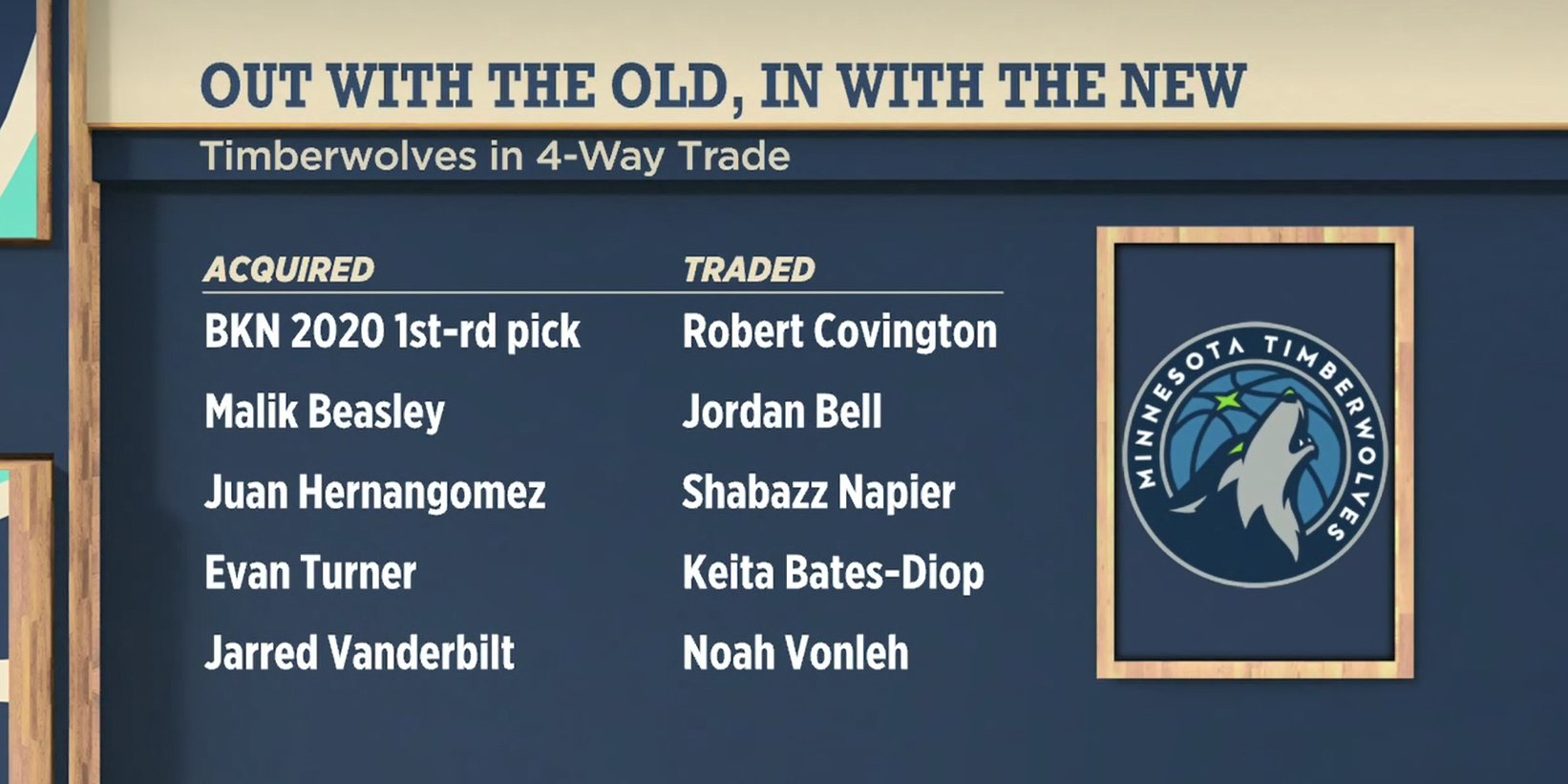 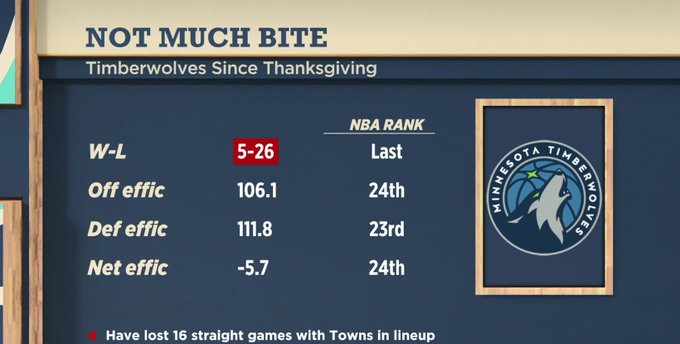 “Executives in the league are keeping an eye on. This coming summer and a year from now, if the Wolves aren’t vastly improved that we can look at. It’s not a good time to be hanging around KAT” – Windhorst

Perkins on KAT and temperature on the Wolves:

OTD in 2000 – Shaq tripled teamed in the post, but finds Kobe Bryant cutting to the basket to slam it home on the Rockets!

Did Giannis vs Zion Vol. 1 live up to the hype?

“Absolutely not. Giannis completely dominated that game like I thought he would” – Perkins

LeBron goes 5-5 from deep in a 3-minute span, including triples on 3 consecutive possessions❗️

“When you have these moments, he is literally unstoppable” – Windhorst

Did Austin Rivers need to apologize for keeping Harden from triple-double?

Austin Rivers stole the rebound that would have earned James Harden a triple-double 😅 pic.twitter.com/sQdHCd4HZ7

Did you know Brook Lopez had this in his bag?

“He’s a better passer than I thought. We have seen this before” – Windhorst

“He’s been an Instagram and YouTube start since he was in high school. He’s going to make big time plays in the pros” – Windhorst

This why Pat Connaughton is in dunk contest?

“I wonder if he can get creative” – Perkins

“It does. Adding Dwight Howard in there is great. It’s great for the league. I’m little disappointed that Zach LaVine didn’t get in” – Perkins

“Derrick Jones does some crazy stuff in games. My expectations for him are very high. He is my favorite going into this” – Windhorst

“Lakers-Clippers arms race. The Clippers are in a position to make a move, maybe even multiple moves, that could really affect the outcome of the NBA championship” – Windhorst

“What are the Sixers going to do? Last year, they kept quiet at the deadline. They look dysfunctional, they look like they don’t enjoy playing with one another” – Perkins

Next step after Knicks part ways with Steve Mills?

“Trading away Kristaps Porzingis, getting two max salary cap spots and coming up empty is the reason why Steve Mills is out of the job. I don’t know if were ever going to know why they did that. They bragged about it. Terrible, terrible miscalculation. One of the worst miscalculations in the last decade in the NBA possibly” – Windhorst

“If you’re RJ Barrett, you embrace this opportunity” – Perkins 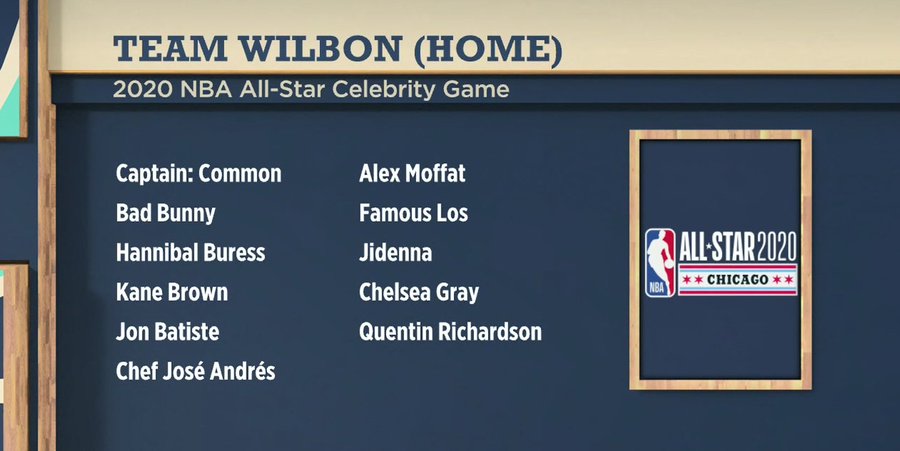 Dame Lillard get snubbed for Player of the Month award?

“When you look at this award, not only do you have to have the numbers, but your record has to be good also. What Dame was doing was on a whole other level” – Perkins

“Dame dragged these guys in that 5-game stretch to a 4-1 record and did everything he could. The last time a Laker won this award: Kobe Bryant (Feb. 2012)” – MacMullan

OTD in 2011 – Al Thornton with the vicious one handed slam over the Zaza Pachulia!

“He’s been there every single day watching practice and working out with the team, but he still shouldn’t come back” – MacMullan

Warriors at Nets | Kerr on KD: “I want him to be healthy and get back to playing”

Expectations for PG & Kawhi vs Heat?

“I wish they would have played more together already. They have to develop chemistry on the floor not defensively, but offensively” – MacMullan

“Kawhi has been in that MVP conversation” – Perkins

Al Horford: “There’s some stuff going on in our locker room, but will keep that internal”

“These guys are in a little bit of trouble. For Al, he’s a very good veteran but when it comes to these things, don’t bring it up. Just say that it’s internal. That’s contradictory” – MacMullan

“To me, it seems like that Brett Brown has lost the locker room. This is not the first time that Joel or Al have said something. Last year, Jimmy Butler criticized Brett Brown also” – Perkins

A former NBA champion tweets during the show in regards to the second distant replay:

@Rachel__Nichols @KendrickPerkins why you had to show that dunk?🤦🏻‍♂️I was having a great day till now