Should Kemba have more compassion for his teammate?

“No. I think Smart is faking. He does this a lot” – Pippen 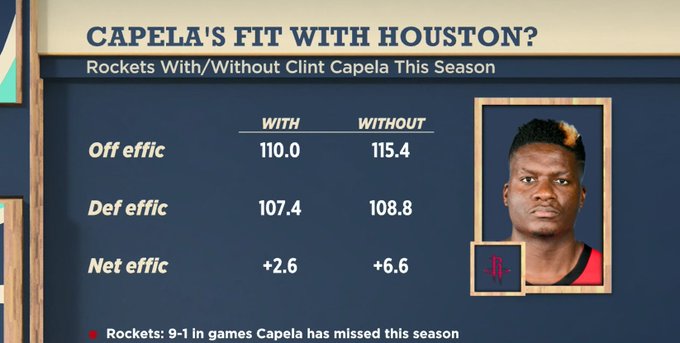 “When looking for a forward, I say no. They need a rim protector. To some degree, Capela is kind of limited [on the offensive end and knocking down shots from the outside]” – Pippen

“I think he’s a very good player for somebody else other than the Rockets. If you’re the Rockets, you got to be able to stretch the floor and shoot threes. That’s just how they’re built” – MacMullan

Should Warriors trade or wait on D’Angelo?

“It entirely depends on what you’re getting back. But their need isn’t the backcourt. There are other needs” – MacMullan

“I really believe that Andrew Wiggins, with the right veterans around him could be something different than we’ve seen. I haven’t given up on him” – MacMullan

“He’s a player that may have not fit their character and how they’re building their team. They probably weren’t willing to keep this guy to begin with. They’re going to make a move, but have to fill Kevin Durant’s slot. Russell plays their [Steph & Klay’s] position and he’s not going to get those minutes when they come back” – Pippen

Collin Sexton has the most piercing eyes since ______?

“The late great Richard Dent of the Chicago Bears” – MacMullan

What happened to Russ on this pass?

“The invisible ghost of James Harden maybe came over? I can’t make any sense of it” – MacMullan

“Phil Jackson used to tell me all the time that I had hands like a duck. When I picked the ball up, I can fumble it anywhere and that kind of looks like one of those situations. It was an insult” – Pippen

Zo to Zion already in sync?

“I’m not surprised by this” – Pippen

Who got it worse on Sunday?

How should Nets handle Kyrie going forward?
Will be re-evaluated in a week due to a knee injury 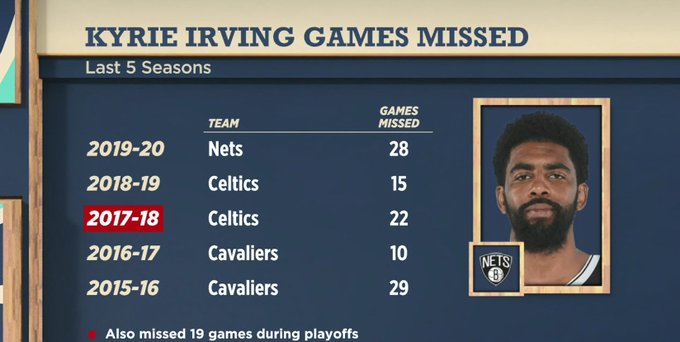 “I’m gonna limit Kyrie’s minutes whether that knee injury happened or not. I don’t want him playing 38 minutes a night. It’s all about next year” – MacMullan

“I think it’s still about this season because this is the first time since post-LeBron that Kyrie is in a situation where he call a team his own team and it’s coming from him being on the basketball court, being around these young players, his presence, his chemistry, his leadership, it’s starting to show. I’d leave it up to Kyrie [in terms of his minutes]. He’s still young” – Pippen

Who needs another piece more: Lakers or Clippers?

“Lakers. They haven’t shown that they can finish games. They need that closer and that’s an advantage that the Clippers have on them right now because they got guys like Lou Williams, Kawhi Leonard and Paul George. LeBron has played with some of the best closers in the game: D-Wade and Kyrie. He doesn’t have those players on his team” – Pippen

“I would say after the All-Star break, 2-3 weeks” – Pippen on the Clippers duo of Kawhi/PG and when they have to get on the floor together to be a cohesive playoff team

“It works both ways. If you want the ball, you got to make yourself present. But this team right now is built around Ingram” – Pippen

“I like the way Zion has handled himself. The thing that’s blown me away about Zion is his offensive rebounding. I just wonder, if you’re Alvin Gentry and the Pelicans: Do you want him to keep doing that?” – MacMullan

“He’s physically gifted from the waist down. He’s definitely developed in terms of being able to play around the basket and use his physical gift to go up and get the ball” – Pippen

“If I look back and try to find someone physically gifted like Zion coming into the league, it’d have to be Charles Barkley. He’s got that natural strength” – Pippen

Zach Lowe with the latest trade talk on deadline week 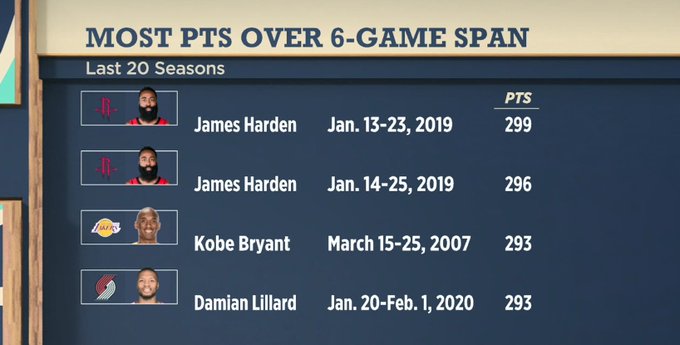 “This young man is a little bit pissed right now by the fact that he had a team really on the verge of contending for the title. Now they’re fighting to get into the playoffs. He’s taking this as a pride thing. Don’t overlook him this season”

“We don’t talk about Dame Lillard enough. He’s got lost in what I call, ‘The non-LA West bias’ You could argue that he’s the best point guard in the game right now”

“People wrote them off and they just keep on winning. I asked Jayson Tatum [of the Celtics], ‘Who’s the toughest guy that gives you the most trouble on offense?’ He said, ‘It’s a team: The Toronto Raptors.’ Nick Nurse should be Coach of the Year”

“Since LeBron left [Cleveland], this team has been on a tear and we can say that fairly. Were going to see a team that’s going make a lot of noise in the East. Were overlooking them”

“There’s also a pride thing with the Raptors” – Nichols 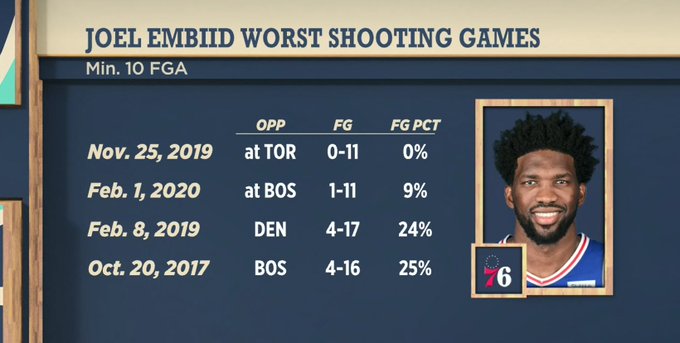 Drummond 2nd-youngest to 400 double-doubles
By Jackie MacMullan: From Charles Barkley to Joel Embiid: The fight to modernize the NBA big man

OTD in 2001 – Ray Allen, aka “Jesus Shuttlesworth” goes behind the back in traffic and slams it home on the Pacers!

Have the Spurs gotten past losing Kawhi?
Averages 27ppg vs the Spurs this season

“They’ve gotten past it in terms of pining away from him and wishing he was on the court with them, but have they gotten past him? No because teams plan in advance of how things are going to go. They were planning around him as the centerpiece of their next decade. I still don’t know what happen between them. This has repercussions for years to come” – MacMullan

“When you lose one of the best players in the league, you never recover. It takes years to recover. Just having Kawhi as part of their roster the years that he was there, they always had a chance to win” – Pippen

Mavs at Pacers
Rather have Porzingis or Sabonis right now? 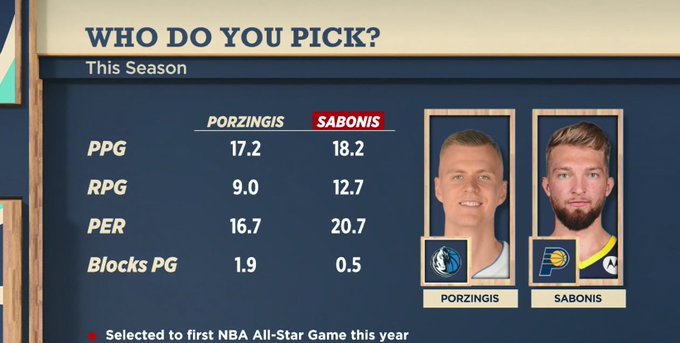 “I’ve got Sabonis in my blood. I played with his dad. His growth and development over the years, I like it. He’s got the full package. For Porzingis, it’s catch up” – Pippen

“For this year, it’s Sabonis. If you look over the long haul and it’s a big if: If Porzingis can be healthy, I think his ceiling is a little higher” – MacMullan

Woj: Celtics in mix for Capela

ESPN Sources: Another team engaged with the Houston Rockets in trade talks for center Clint Capela: The Boston Celtics.