ICYMI: A massive brawl broke out in the Kansas State – Kansas game last night with players from both teams throwing punches. pic.twitter.com/3QS8bx1x1M

“You make a great defensive play. You don’t have to instigate staying over the guy like that. That was uncalled for. The game is in the bag. It was just a bad decision on all parts” – T-Mac

“2016 in Toronto. Zach LaVine and Aaron Gordon. The creativity they brought out was like Nique and Jordan in 88. Those guys were out of their mind that night. What I loved about it was that it wasn’t three or four tries, they did it on the first try” – T-Mac

“1988 in Chicago. Dominique got screwed on the scoring on his last dunk. If you watch it again, Clyde Drexler knew Dominique had gotten screwed” – Windhorst

Superstars not participating in the dunk contest: 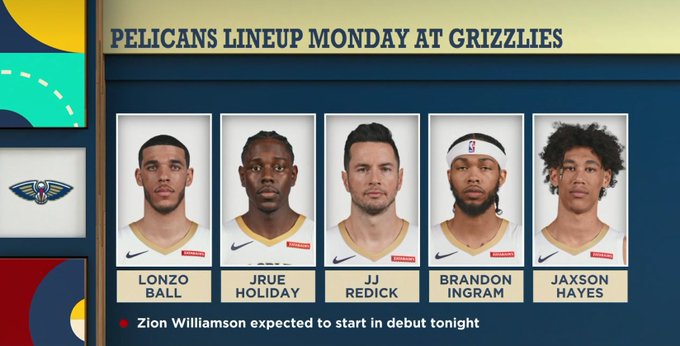 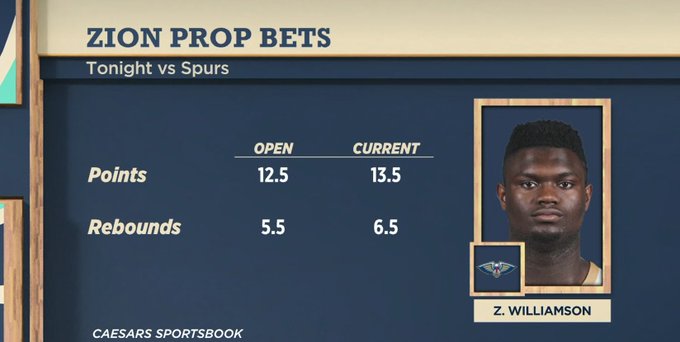 “They are going to start him because it is the right thing to do for the game. The league needs Zion right now. In the preseason, when LeBron was a rookie, he was not good in the preseason. Zion’s preseason was one of the greatest in the history of rookies in the game!” – Windhorst

“He’s gonna have an amazing night. It’s going to be easy for him because of the Pelicans’ style of play they play. They’re one of the fastest paced teams in the NBA” – T-Mac

Where were you when Kobe dropped 81 points?

14 years ago today, @kobebryant dismantled the Raptors with this incredible 81-point performance. pic.twitter.com/mCbVB0U8Vc

“I was in Pittsburgh getting ready for the Super Bowl. I did not play just to clarify!” – Nichols

How much do you guys miss Lance Stephenson?

“I miss some of Lance” – Windhorst

“Lance should be in the league. I didn’t know I was his favorite player” – T-Mac

“Which is more expensive: The trophy or the case? They’re going to need a case for the case” – Windhorst

“That’s all that matters [that he made the shot]. That should have been a foul” – T-Mac

“I think the official was kind of confused. He was hunting for the foul, which I don’t necessarily like” – Windhorst

Best player on the floor Tuesday night: Kawhi or Luka? 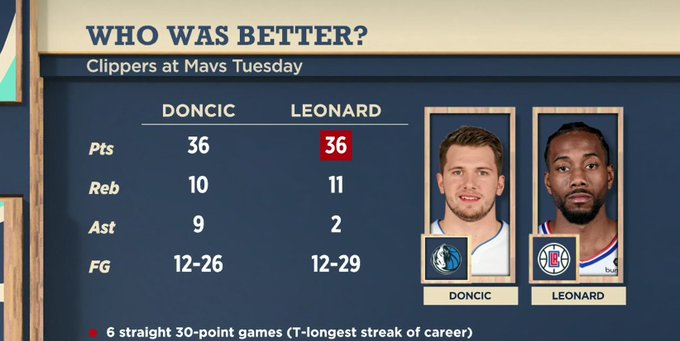 “Luka. What can you say about this kid? But Kawhi over the last 10 games or so has looked healthy. I care about how he is moving. He’s not laboring anything” – T-Mac

“The most important thing for the championship question in this whole league is Kawhi Leonard’s health. What didn’t get attention [last week] was he said he was feeling the best he has all year because he had that load knee issue back in November. Kawhi looks great. Watch out NBA” – Windhorst

Lou Will: “We can possibly hear boos at our own parade”

“That would actually be a win for the Clippers. If they do that, they know they’re in the heads of Lakers fans” – Yates

“Lakers fans would come to the parade to boo” – Windhorst

“Lakers fans are going to be salty. It’s a Laker town” – T-Mac

“He’s played with LeBron and he knows what type of environment LeBron creates. I can understand why he’s saying that because he’s in LA having that same experience that he had with LeBron in Cleveland” – T-Mac

“No offense to Marvin but, when are these games gonna start happening? He is being real, but Luka is on a whole other level. I don’t see him reaching Luka’s level. If he starts putting up those numbers like Luka, then we can start talking, but he’s not doing anything right now” – T-Mac

“The reason that fans are upset is because it was revealed that they really even give a shot to Doncic. It’s a big part of it. Marvin shouldn’t take it personally” – Yates

“He is married, especially while he is in Sacramento, to Luka. There won’t be an easy way out of it. I could see Bagley taking that Sam Bowie path where he can never overcome that” – Windhorst

Beal on playoffs: “In the back of my mind”

“It’s a miracle that they’re still in the playoff race because of the injuries they’ve had. I think they’ve actually overachieved based on what they’ve actually had on the floor” – Windhorst 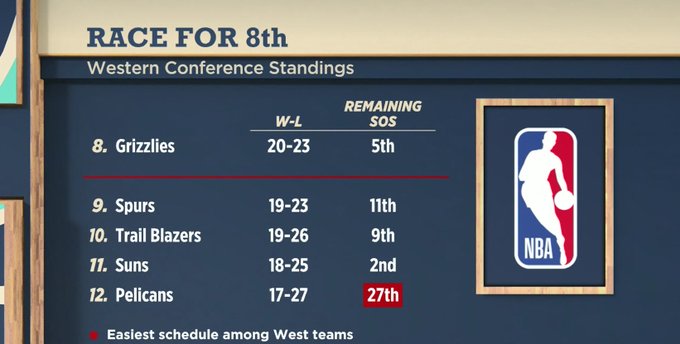 “I’ve heard that, in the talks that they’ve had, they have been looking to acquire players, not a big time player, but a veteran because they are a really young team. Even though their schedule is favorable, I can’t quite, without having seen Zion, bring myself to say that they’re going to do it because they are so young” – Windhorst
According to Woj, the Pelicans have made it clear that they’re pulling back from any trade talks and that they’re going to use this and go for it if things the way they’ve been the last few weeks

“I think they have a great chance of making the playoffs if Zion can continue to healthy. I’m not worried how he’s going to look, but I am worried about what other teams will do in terms of the pieces that they add to their roster. That could potentially hurt New Orleans” – T-Mac

OTD in 2009 – Derrick Rose with the monster two-handed facial dunk on Goran Dragic, plus the foul!

Mamba speaks
Kobe: “There are women who can play in the NBA ‘right now'” (Via CNN)

Big Loss
Mavs in need of a trade after Dwight Powell injury?

“They have to be locked down defensively, if it’s not working on the offensive end” – T-Mac

“The Rockets frankly aren’t good enough to not play good transition D, to turn the ball over like they do and to give up offensive rebounds. Tighten up on D! There’s just sloppy play” – Windhorst

“We have Dwight Howard and Derrick Jones Jr. All we need is Aaron and Zach and were going to have an amazing Saturday night” – T-Mac

“I’d make bet on him. This guy can explode off the ground!” – Windhorst