Was Jaylen Brown disrespectful to LeBron?
Got a tech the way he stared him down after dunking on him

“Not at all. He dunked on LeBron James. Are you kidding me? You got to stare him down. LeBron doesn’t get dunked on often like this” – T-Mac

Dame alone enough to get Blazers in playoffs? 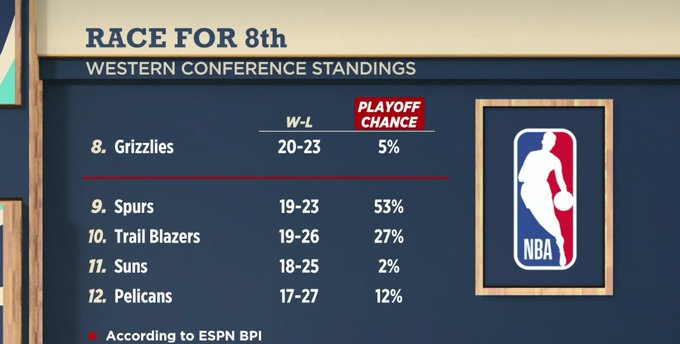 “No. I don’t think so. The West is too deep. You still have New Orleans out there who has Zion coming back. It’s going to be tough.  I don’t think they want Dame to play this style because by the time you get to the playoffs, you’re burnt out. He’s going to need his teammates” – T-Mac

“Nurkic should be back in or around the All-Star break, but they are going to be fighting from behind” – Windhorst

“He has an incredible amount of pride when it comes to making the playoffs and willing his team to be the best that they can be. We are witnessing greatness with this kid” – Fizdale

“If this team is healthy, they are a scary team in the 8th seed” – T-Mac

Are the Rockets fixable?
They blew a 17-point lead at home to the Thunder; Harden went 1-17 from three, tying his own record for most missed threes in a game!

Following a blown 17-point lead in a 112-107 loss to the #Thunder—with a 9/29 shooting performance (including 1/17 from beyond the three-point line)—@JHarden13 is out here on the Toyota Center floor going through his pregame shooting routine. #OneMission pic.twitter.com/0wBbI6lPzY 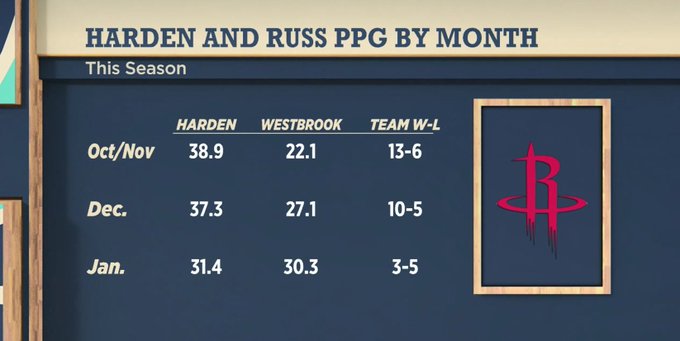 “They’re a team that really relies on the three ball. The big thing for them is to pick up their defense and not just rely on halfcourt three-point shots. They are a team that could use a move before the trade deadline, like a big wing” – Fizdale

“This is why a lot of people don’t take the Rockets seriously as a title contender. You should have learned your lesson two years ago when in Game 7 [vs the Warriors], when they missed 27 straight threes as a team” – T-Mac

“If the offense is not there, what are you going to add on?” – T-Mac

“Russell Westbrook is the best player on this team right now the way he’s playing. James is just inefficient. But they are fixable and they have to tighten up their defense” – T-Mac

OTD in 1998 – Antoine Walker with some sick crossover moves on KG, then dunking on him and doing a little shimmy afterward!

Do you wish Trae would have hit this?

“Operation was a success, but the patient died” – Fizdale

Anyone have a worse day than Andre Drummond?

He gets turned around by Bradley Beal:

Took an elbow to the face and loses a tooth:

“Getting crossed over is worse. You can put the tooth back. That crossover is on film forever” – Fizdale

Why is this rookie class so angry?

“The league is so young now, they’re having an impact right away” – T-Mac

Difference between Clippers & Superteams of the past?

“With this Clippers team, the challenge is there’s these hold over guys who last year, had to play their tails off every night to crawl into the 8th seed. This year, Kawhi is taking it easy, PG has been out with injuries and they’re taking losses because they’re not playing hard and some of those hold over guys are like, ‘This is not how we play'” – Windhorst

“The consistency is not there and they’re still good. There’s nothing to worry about” – T-Mac

“The way they play with the playmakers that they have around him, he can end up putting up some big numbers in low minutes” – Fizdale

“I’m expecting him to be nervous. But he was great in the preseason” – Windhorst

“Because of how his game is structured, he will be able to hit the ground running from a statistical standpoint” – Fizdale

Celtics 32-point win over the Lakers 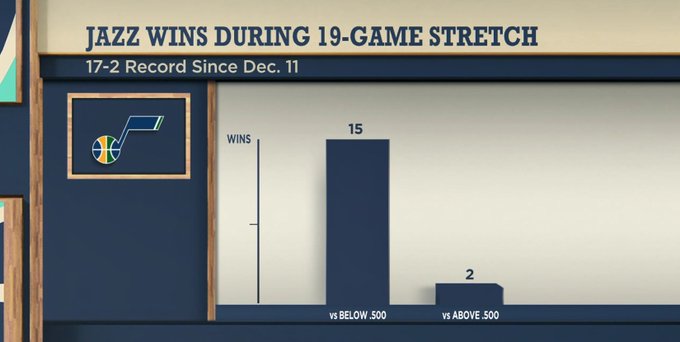 “It’s hard enough to win one game in this league”

“You got to play the teams that’s on your schedule. I think they’re one of the deepest teams in the league” 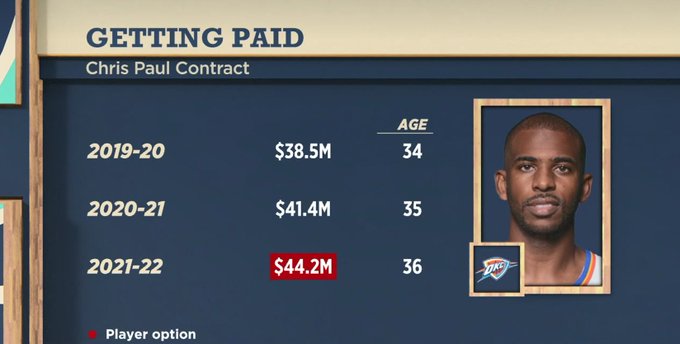 “The money is great, but if you watch him play with this team and how he’s leading these young guys, he looks as happy as he’s looked playing basketball in a long time. Those guys really respect him”

“He’s showing us that he’s the best leader in basketball as a point guard. He’s made this team competitive”

How should 76ers use Simmons when Embiid returns?
Named Eastern Conference Player of the Week 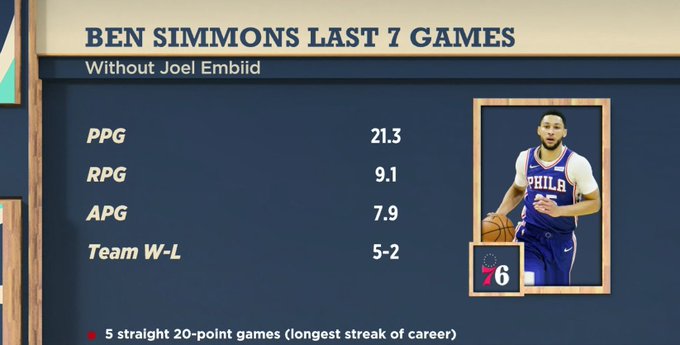 Are Heat set up for future success? 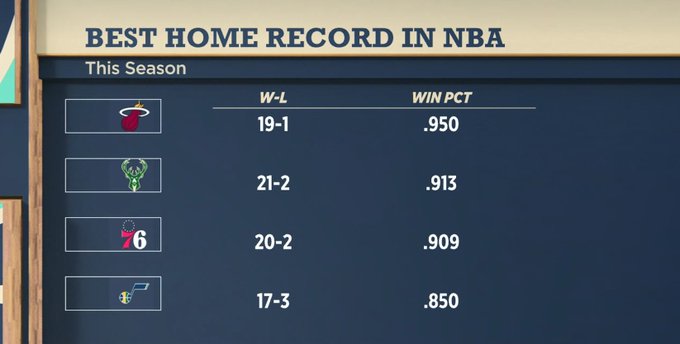 “With the young talent that they have on the team, you got to credit their front office. These guys can take criticism. They’re set up great for the future and those guys are just going to keep getting better” – Fizdale

“Miami is going to be hunting for that extra star player. Some player out there, whether he’s a free agent or not, is going to see what’s going on in Miami and say, ‘I want to be in Miami'” – Windhorst

“We didn’t expect this from Miami. Shoutout to their player development because Bam is special, man” – T-Mac

“Their team is the star, even with Jimmy Butler there. They are selfless and tough” – Fizdale

“My man [Spoelstra] can coach!” – Fizdale

OTD in 2002 – Darius Miles throwing it down with authority on Raef LaFrentz (Nuggets) and bumping his head with his fists afterward! 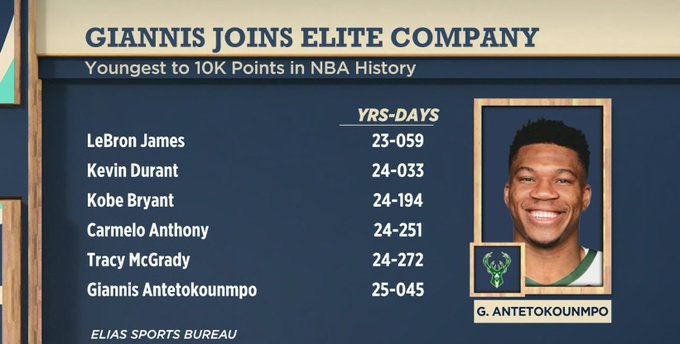 What’s the ceiling for Giannis?

Scorching Suns
Should Devin Booker be an All-Star? (32.4ppg in January – leads NBA)

X-Factor
Michael Porter Jr. the X-Factor for the Nuggets?
Scored 20 points and grabbed 14 rebounds vs the Timberwolves

How dangerous are Mavs with Porzingis back?
They went 6-4 without him

“Going 6-4 without him shows you how great Luka is. If KP comes back and be the unicorn, they could be a scary team to face in the playoffs. But he can’t be passive” – T-Mac

“They want to play him at the 3-point line. They don’t want to post him up” Windhorst

“His effectiveness on the block will help them succeed more” – Fizdale