Who should be the All-Star starters?

“Guys should be available at multiple spots” – Nichols

“We want the 10 best guys on the court to start. It should be the 10 biggest stars! We should be celebrating those guys at this time of the year” – Nichols

“I always look at winning first, which is a big part of team, then I get into the statistics behind that and give some credence to those guys who are putting up huge numbers, even if their team isn’t necessarily a team that’s in the playoff race” – Fizdale

“We never find out the coach’s ballots. The only ways we typically find out who the closest miss is is usually when there’s an injury replacement, the commissioner gives the guy who had the next most votes. Coaches typically don’t reward rookies and young players” – Windhorst

“When picking the reserves, it’s about the flash and dazzle” – Nichols

OTD in 2005 – Josh Smith soaring through the air to finish the reverse two-handed jam, assisted by Al Harrington!

“I’m sick of those two because they’re the best shooters in the league, they got all the rings and now they’re taking over the sidelines. What can’t they do?” – Fizdale

Did airplane mode get his revenge?

Later in the game:

Did everyone know this was not allowed?
It’s a violation and a turnover

“They know, but he probably felt very uncomfortable before he was about to release it” – Fizdale

“If you don’t think it’s coming out right, you might as well just bring it back” – Windhorst

Kyle Kuzma: 23 points on 8-16 shooting vs Houston; 17 points scored in the second half; His defense on Russell Westbrook was key for the Lakers at the suggestion of Rajon Rondo. As a result, Kuzma held Westbrook to only 13 second half points

What should Lakers do with Kuzma?

“These last 5 games have been great for him. The kid has a huge upside still and you don’t know what he can become in the next three months if they really figure out his niche. I just don’t know if you’re going to get back something as valuable as he is in a trade. With those veterans that they have on that roster that can guide him and teach him and really make him understand winning basketball, I would stay with that kid” – Fizdale

“One thing that the Lakers have going for them that other teams in this situation would not is: They are such a draw for free agents. They have other ways that they may be able to beat other teams in the trade market” – Windhorst

“When AD is playing, Kuzma’s role is just diminished” – Windhorst

“I think he can really help them in the playoffs” – Fizdale

“I didn’t fulfill what I wanted to do: To give the fans a relative team and a winner. The fact that I couldn’t get the team over the hump to where I wanted to get it to, that’s a tough pill to swallow. I’m cheering for those guys” – Fizdale

How do Knicks get better from here?

“They got to continue to draft well and with the vets, they have to figure out which guys to retain and who to move on from. I think they’re in a good position going into the summer” – Fizdale

“If the Knicks would have followed through with what they said they were going to do when they hired Fizdale, I feel like the Knicks would be in a really good place today even though KP gave them the curve ball and didn’t get lucky in the [Draft] lottery” – Windhorst

“RJ Barrett has a good looking future, but he’s not JA Morant. If they had JA, we would feel a lot better about their future” – Windhorst

“The way he works, he’s going to get there. He has to be a more consistent jump shooter. He belongs in New York. Once his jump shot gets better, the league better watch out” – Fizdale

Fizdale on any regrets during his tenure as Knicks head coach:

“I don’t ever regret. I learned from mistakes and I’m moving forward”

How to feel about coach’s challenges?

“I’m 50-50 on it. But it adds a whole other element to the game. I always tried to hold my challenge as long as possible for important situations. The hardest part is to pass up on some. It could change the view of the game” – Fizdale

“A lot of coaches would rather have a timeout when they can get their guys together and draw up a play than have a challenge. No matter what any other coaches say, it’s not going away. If anything, I think it expands. This is just going to be part of a longer process” – Windhorst

“I would like them to actually have a red flag and be required to be kept in the sock so that we can see all the coaches’ socks as they put them out. I think it should be limited to the 4th quarter because that would take some pressure off coaches to use it early” – Nichols

The Undefeated checks in with how NBA players & coaches are inspired by Martin Luther King Jr.:

Bucks GM Jon Horst: “Our job is to create winning environment for Giannis”

How can Bucks max chances to keep Giannis?
Giannis can enter free agency in summer 2021

Best role for Mike Conley with Jazz right now?
Returned to action on Saturday, but came off the bench 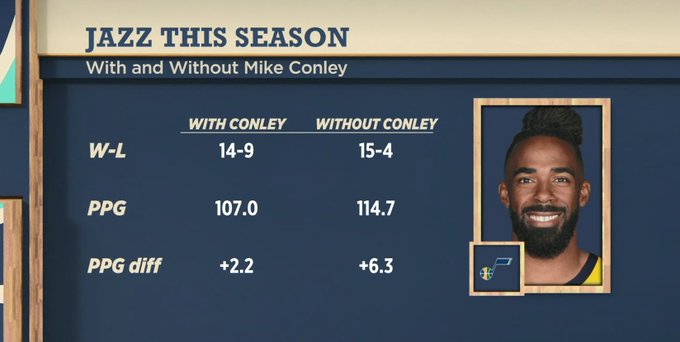 “They need to slow walk his injury and not rush him back to playing big minutes because I think for them, they’re trying to get to a higher place in the playoffs and he’s going to be a big part of that movement froward. They got to really be cautious in the way they treat his injury” – Fizdale

“For now: Bring him off the bench” – Windhorst

OTD in 2007 – Jason Kidd with the pass to Richard Jefferson and then the pass to Vince Carter who finishes it with the tough circus layup!

Real Deal
Fair for Drummond to seek help vs Beal?

“I would never have thought we would ever see this from him but frankly, they need these baskets right now. They’re struggling. They need some shooting from their role players” – Windhorst

“Need to get LeBron out of the game” – Fizdale

Thunder at Rockets
How does CP3-Russ trade look now?

“You got to give Billy Donovan and those guys a ton of credit for what they’ve done. Sam Presti to me right now is Executive of the Year for what he pulled off in the offseason and to have this team competing for playoffs, it’s really awesome to see. I think Chris Paul has actually found a home that he feels really good about” – Fizdale

“If both teams had the option to undo the deal right now, they wouldn’t. Both teams are actually happy where they are. A year from now, let’s see where it is” – Windhorst