Kawhi not even trying to hide he’s a machine anymore?

“You can’t hide it. He’s the terminator” – Pippen

“Let it be. We’ve never seen anything like him” – Friedell

Scottie still got it: 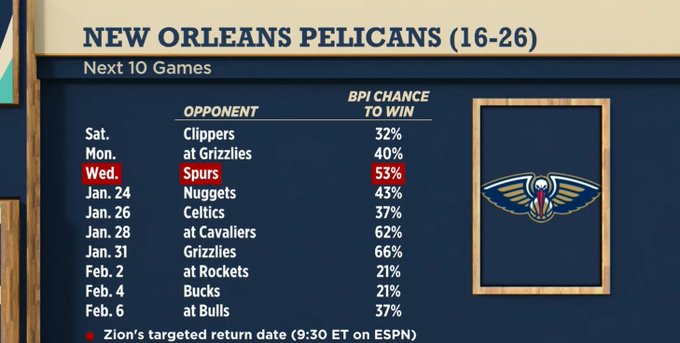 “Right now, they’re playing hard for their spot. Zion coming back is going to give this team more energy in the second half, the way Brandon Ingram is playing right now, I expect that to continue and I expect them to sneak in” – Pippen

“The momentum that Zion’s presence will give them on the floor is gigantic. Alvin Gentry deserves a ton of credit because so many people were writing this team off and writing him off. Everybody involved came together. They’re gonna find a way in the end” – Friedell

“He’s got to play pretty well. They’re going to watch him very, very closely [minutes wise]. Ingram right now is the star for the Pelicans. I don’t think there’s too much pressure on Zion to come in right away and start dominating” – Friedell

Kyrie to critics: “You’re not in our locker room, stay the (expletive) out”

OTD in 2001 – Stromile Swift (Vancouver Grizzlies) with the strong windmill dunk on the Nuggets!

Anyone throw a better lob than Ricky Rubio?

“I’d say it depends on who’s receiving it. You can’t make a bad pass when you’re passing it to Anthony Davis” – Pippen

How do you defend the Donovan Mitchell snatchback?

“He’s getting close, not quite yet. Still too many good players in the West” – Pippen on whether Mitchell is an All-Star

Pip, how many tries would kicking a ball into a basket take you?

You have to see it to believe it… @SJEarthquakes MLS star Tommy Thompson kicked a basketball into the hoop from the iconic tunnel at @ChaseCenter! 🏀🔥 This kicked off an EPIC game of HORSE against Scooter! FULL VIDEO: https://t.co/wYPTQ4snw0 👀 pic.twitter.com/wjacXgAivj

“Infinity. They called me Nick the pick for a reason” – Friedell

“At least a billion times” – Pippen

Why doesn’t JA Morant want fans to be happy?
Will not participate in the dunk contest because he wants to stay healthy for the rest of the season, per Yahoo’s Chris Haynes

“This is a showcase for a lot of young players through the years. I would have love to have seen it as a fan and I know that JA would have had that Chicago crowd rocking” – Friedell

“I’m a little disappointed, but I got to respect his decision. Young players go the All-Star game, have too great of a time and the second of the season is just disaster” – Pippen

What’s next for Michael Porter Jr.?
18 points, 10 rebounds and 5 assists vs the Warriors

“They know that he’s the secret weapon” – Friedell

“This is not surprising me. Players are always hungry and ready to get onto the basketball court. He was that third piece the Nuggets needed” – Pippen

“No. But there is a chance that it happens because Klay wants to so badly. The last couple of months, the game’s starting and he’s in the back sometimes getting his work in and then he comes out to the bench” – Friedell

“Coach Kerr has asked Steph and Klay to be around the team a lot more because he wants the younger guys to hear their voice and get to know them personally. I’d be surprised if Klay played again this season” – Friedell

Sound bites: Alvin Gentry on the refs Thursday night vs the Jazz

Q-Rich and Darius on Scottie Pippen and their own relationship

Surprised at how popular your Clippers teams were?

What should Clippers look for at trade deadline?

“The Darren Collison situation would be interesting” – Richardson

“I would really like to see this Clippers team on the court consistently. They have to keep their personnel on the floor” – Pippen

Agree with Giannis saying “They want you to flop” in today’s NBA?

“I don’t know if I would say they want you to flop, but I would agree with him as far as saying that he is going to be what he is and he’s going to go through the contact and continue to attack the rim. But you hear some frustration from him because he’s starting to see that some guys are flopping and getting the call against him” – Richardson

“As a defender, it’s a mind game. I think a lot of players in the league is mixing it up with him” – Miles

“You’re seeing a very dominant player in Giannis. Guys are gonna try anything on him. He’s very difficult to guard. I understand what he’s saying that he’s not hitting guys that hard and the officials are buying it. He’s not changing his game” – Pippen

Via ESPN’s “Outside The Lines”:

“Russell Westbrook. He displays a lot of antics. The fact that he’s controlling the ball most of the game, he normally wins” – Pippen

“Draymond Green. But he’s on hiatus for the moment. He’ll be back when it matters most. He can get in the guy’s heads and he can check them out from playing at their best” – Friedell

“JA Morant is someone to keep an eye on for the next few years. He talks a lot of trash, but he backs it up” – Elhassan

“I seen Luka Doncic talk trash to his own bench” – Elhassan

Will AD Play?
Should Rockets be favored if AD doesn’t play?

“Yes they should. There’s no reason to rush AD back with the way Dwight is playing” – Friedell

“They should win, but that makes LeBron that much more tougher when AD doesn’t play” – Pippen 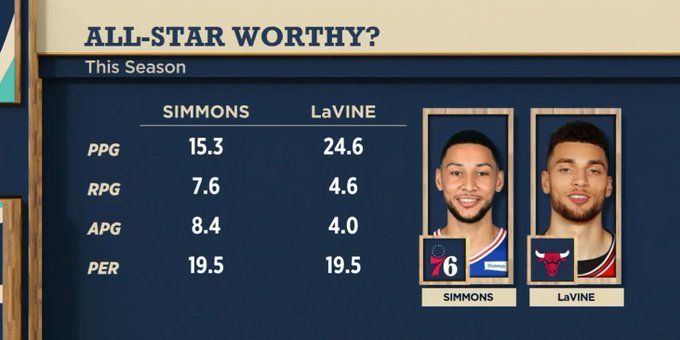 Pippen: LaVine
“All-Star game is in Chicago. LaVine is probably going to get the nod. Ben still has to add a few more pieces to his game”

Friedell: Simmons
“The Sixers have had a lot more success this year”

Harder to guard: Dame or Luka?

Pippen: Luka
“He beats you in a lot of different ways. He’s a big guy. Going down the stretch of a game, he’s a guy that you can’t afford to double-team”

Heat at Thunder
Should Heat be aggressive at deadline or wait? 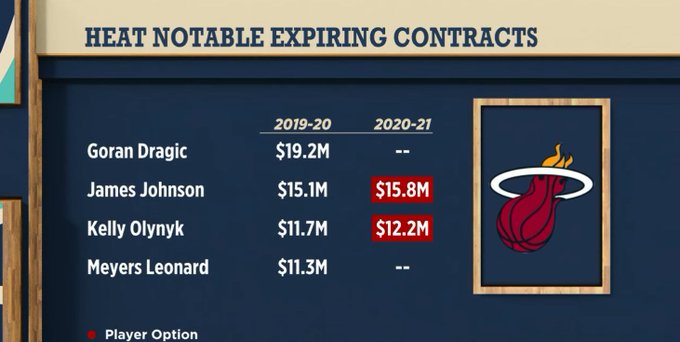 “If you can get Bradley Beal, go for it” – Friedell

Bonus question from Nick: Can Jimmy Butler be the No. 1 guy on a title contender moving forward?

“I think that he can. This team is set up very well for him to have success. His leadership is already being displayed at a high level” – Pippen