“I see some excitement coming to Smoothie King Center. They can make this push for the playoffs” – T-Mac 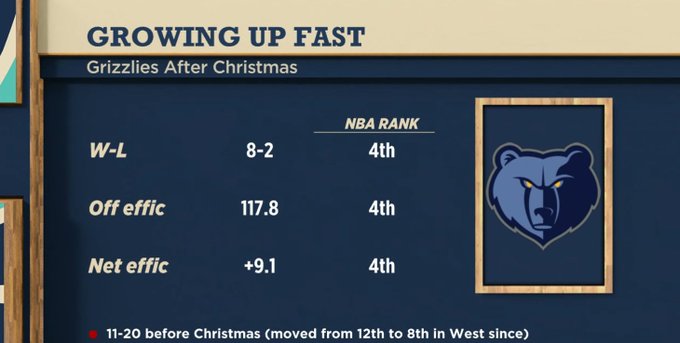 “Shoutout to the Grizzlies front office for putting together such a nice nucleus of talent that in the next 2 to 5 years is going to be really, really exciting to watch. Given some more experience, they’re going to be a problem in the West. He’s gonna be a MVP in this league, and he’s gonna be arguably the best player in the game. This kid is fearless. Is he an All-Star this year, I’m not going that far yet. The West is deep” – T-Mac

“He talks a lot of trash, but he backs it up” – Elhassan 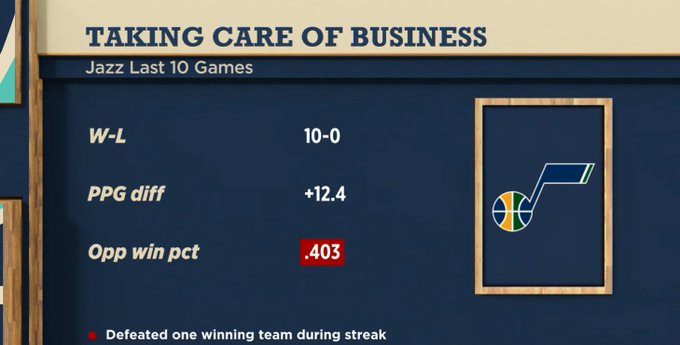 Donovan Mitchell said after the game:

“I wouldn’t want to guard us”

“It’s a soft schedule. We can’t ignore the fact that they’ve beaten up bad teams. The only good team they’ve beaten in this stretch are the Clippers” – Elhassan

“They got two superstars. I don’t care who they play. It’s hard enough to win one game in this league. This 10-game winning streak could possibly catapult them to where we thought they would be as a team” – T-Mac

OTD in 2003 – Doug Christie with the nifty no look bounce pass to Chris Webber who throws it down hard on the Mavs!

Remind you of And1 mixtape days?

“A lot of that been going in this league. But it looked like a pushoff though” – T-Mac

Respect Sexton for even trying to stop Zubac?

“I respect Collin Sexton for making a try” – Nichols

Are we all Mitchell Robinson trying to stop Giannis’ eurostep?

“He [Giannis] picks up the ball at the top of the key. That’s crazy” – Elhassan

Whose ankles got it worse?

Is this why Trae Young’s gonna be an All-Star starter?

“That should be a commercial” – T-Mac

Should Klay rule out a return this season?

Klay Thompson spoke to reporters about his health (Via NBC Sports Bay Area):

“For what? No. If anybody needs rest is this guy and Steph. It’s just really great timing. Klay played 490 games in that 5-year span” – T-Mac

“Strategically, it makes sense for them to be really bad right now to assure a top 5 pick. But if he’s fully healthy, I don’t think there’s anything wrong. Let him get out there, get some runs in, get some shots a couple minutes here and there” – Elhassan

Kerr on Luka: “He’s going to be one of the cornerstones of this league”

“Whoever would have thought that the Dallas Mavericks would be in the position that they’re in coming into the season. His rebounding stands out to me. It’s incredible how great of a rebounder he is at his size” – T-Mac

“This dude is special because we never had a European prospect as accomplished coming in at that age. He’s already ahead of schedule” – Elhassan

Ty Lue on Cavs: Wish I was still coaching there

“He inherited LeBron James and you know what you’re going to get when you coach him. When LeBron James left, Ty was looking for the challenge [to coach without LBJ] and he accepted it, but it didn’t work for him” – T-Mac

“The idea that, ‘If I’m going to get fired, let me at least have earned it beyond a shadow of a doubt’ not 9 games into a season” – Elhassan

“It’s not a blessing. You got screwed over” – Elhassan

Melo on Rockets: I did nothing wrong

Via Rachel Nichols back in December:

Melo looking for revenge vs Rockets?

“Hell yeah! He didn’t get a fair shake” – Elhassan

“The Rockets did him dirty. 9 games in, it’s not like he was playing awful basketball or he couldn’t play anymore. They gave up on him. I expect Melo to come out and do what he does. It was very disrespectful how they handled that for a player of his magnitude” – T-Mac

OTD in 1998 – Jerry Stackhouse with the alley-oop assist to Grant Hill who slams it home with two hands!

Fan of Pelicans plan for Zion?

Any chance for Zion to win ROY?
Zion: 12-1 odds to win ROY, per Caesars Sportsbook 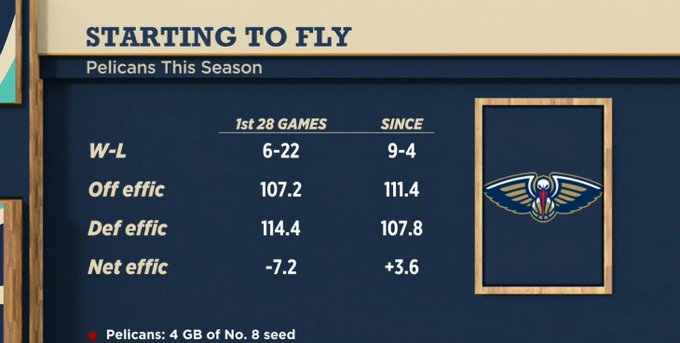 “Yes! Absolutely. If Zion were to return and put up numbers comparable to his preseason stats, they’re going to win a lot more games. There’s going to be a legitimate conversation, unless Memphis can keep up their winning ways” – Elhassan

“We’re just going to eliminate and erase what JA Morant and some of these other guys have been doing since the beginning of the year? I don’t care if he shoots 80 percent! You just can’t dismiss what JA has done up to this point” – T-Mac

Spurs at Heat
Heat a good story or great team?

“They’re a very good team. Great teams are made in the playoffs” – Elhassan