“I knew Trae was going to be real nice, but I thought it would take about at least 3-4 years to get this nice. Young boy is ballin'” – Billups

How does Westbrook-CP3 trade look now? 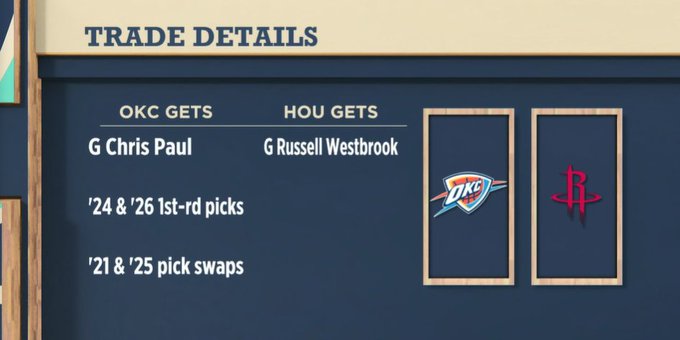 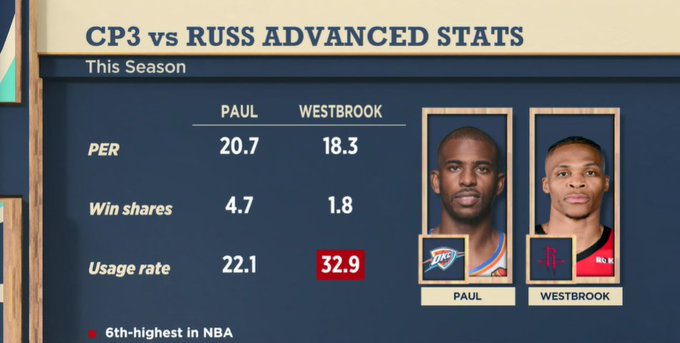 “I’ll be honest: Chris is in the back part of his prime, still playing very well. Russ is in the middle of his prime. It was a good trade for both teams” – Billups

“It was a great trade and it’s working out well for both sides. I like Chris Paul better with the OKC Thunder because of it’s structure. For Russell Westbrook, he likes to get up and down. The Rockets are No. 1 in pace” – Perkins

“I think Chris was not maximized in the Houston system because of the amount of usage that James Harden has. With Russ, his shooting has gotten better and its going to have to continue to get better. I’m waiting until the playoffs to make a judgement on this trade. Does this swap make them [The Rockets] a team that can get further in the postseason?” – Nichols

"It was never intended and I think the players understand that now."

“He’s already lost the locker room. I don’t believe him. He said what he said” – Perkins

“To me, I never understood the hire. It’s out of touch. That word could be taken in a lot of different ways” – Billups

“The Cavs don’t have leadership. Who’s going to address the problem? This wasn’t a good hire from the jump. But this also could be a humbling situation for him to put his pride aside and do a self check to approach things a little differently now” – Perkins

OTD in 2002 – Chauncey Billups with the the tough catch and shoot three-pointer vs the Sonics!

Is Draymond onto something?
Basket didn’t count

Was Capela just trying to pad his stats?

“He knew what he was doing” – Perkins

How impressive was Jerami Grant Wednesday night vs the Mavs?
15 points, 3 blocks, 2 assists and a steal

“He’s going to be the gut that steps in when Paul Millsap is finally done in Denver. He’s been ballin'” – Billups

Bobby Portis did it again?

“I guess he’s trying to set the tone” – Perkins

“He was going for the ball on that one” – Billups

Jimmy after the game:

@t.warren1 don’t be mad you can’t guard me. we will see what you about in March.

“He’s not trash. If you make it to the NBA, no guy is trash. Warren can play the game basketball. Sometimes, trash talking can get a little bit out of hand” – Perkins

“There’s no such thing as nice trash talk. I love the competitive nature and fire of it. It stands out. But I wouldn’t blow a kiss at a dude” – Billups

Did Kemba deserve this ejection?

Kemba after the game:

BPD told me the fan who threw a drink onto the court during Celtics-Spurs is being charged with disturbing a public assembly. More info:
-Who threw it? 22-year-old man from Everett.
-Where was he sitting? Section 303 in the balcony.
-What was the drink? A 20 oz. Truly can.

They threw pennies at us during the conference finals my rookie year 😂🤣. We told our security and he told us to duck lol https://t.co/h6dbkbc2Qf

“Absolutely not. The officials got to have some type of accountability. They blew it. Officials should put their pride aside” – Perkins

“It was a really bad miss call. That ref deserved some foul language. Kemba didn’t deserve to be ejected. But it is what it is” – Billups

What do you think Curry & Giannis talked about?

“From their [Warriors] history, when they recruited KD, I’m not buying this. Steph knew what he was doing” – Perkins

“I’m buying this. I’m believing anything Steph says. He was talking about a video game” – Billups

Does Westbrook’s game have a shelf life? By Royce Young

Lou Williams: Clippers need to “get back to the grind”

“I think they can. His comments were on point. People are circling the Clippers on the schedule. The Lakers have just been so good and have been the big brother in the city. But now it’s changing. There’s been so much value put on being the best team in LA as opposed to, let’s just be the best team in the league. It’s a mentality shift that you have to have to say, ‘We have to be great every single night'” – Billups

“They’re not underdogs. What hurts them night in and night out: They have to shuffle guys in and out of the lineup because of whether it’s Kawhi with is load management injury situation, PG being in and out. They haven’t been able to put 10 games together as far as chemistry where guys actually know their roles. Their role is changing night in and night out. Once they get to clicking around March and April, they’ll be really, really good” – Perkins

How important should No. 1 seed be to Lakers? 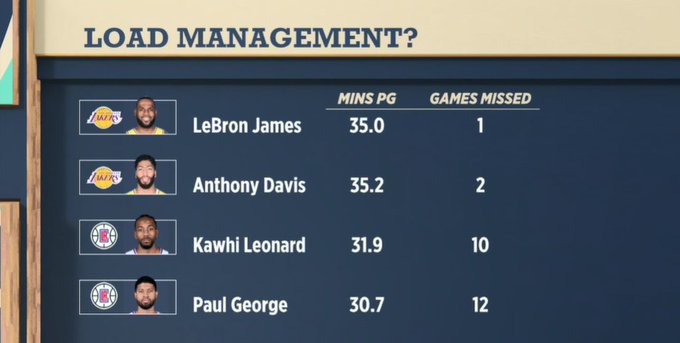 “It’s very important. The West is stacked up. You don’t want to slide down in the standings. You fight so hard to have home-court advantage. You can’t take that for granted” – Perkins

“As somebody that has actually lost in the NBA Finals in a game 7 on the road, you understand how valuable it is to be at home for that last game. Homecourt advantage and the No. 1 seed is a huge deal. Period. Point blank” – Billups

OTD in 2000 – Jason Williams with the slick no-look one-handed pass to Corliss Williamson who finishes the layup!

“Stone” Cold
Perk, how did your son get the nickname “stone”?

When Perk is on the show, this is a must Jump game to play:

Perk on Trae vs Steph in Year 2

I’m going to say this 1 more time Steph Curry wasn’t doing the things that Trae Young is doing in Year 2!!! In the words of my boy @RP3natural #TalkSoon👊🏾👊🏾👊🏾

“He’s a generational talent. This guy is really special” – Perkins

“In his second season, Trae is doing a little more than Steph was doing at that time. Who knows if he’ll make to the level of Steph and be the champion” – Billups

Perk on Brett Brown: “Elephant in the room”

The 76ers offense is really bad and easy to guard and so predictable!!! This is now 2 All-Stars that have complained and had a problem the 76ers offense and it’s time to address the Elephant in the room and that Elephant is Brett Brown!!!

“At some point, when is he going to be held accountable? It’s his job as a coach to put these guys in position to be successful” – Perkins

“His responsibility is to make these pieces work. He has to hold these guys accountable, be demanding and relentless and I’m not sure that is what’s going on” – Billups

One thing about me is that I’m not scared to admit when I’m wrong and my apologies to Lonzo Ball because I made it my duty to watch this Jazz at Pelicans game tonight and I’ve been watching him very closely and he is a special talent for damn show and he’s balling!!! 👌🏾

“I apologize to him because I called him a bust. He’s ballin’ out” – Perkins