“It’s realistic [to win a title] for him right now. We’re seeing his dominance. He hasn’t started to play selfish basketball yet. He’s putting himself to greatness” – Pippen

“Luka is the next new MVP. This is what franchises dream of being able to getting a player like this. Their championship window, we can see it coming” – Windhorst

“The game is that easy for him” – Pippen

“Typically, I would expect a player, even a great player like this, to have to go into the playoffs and get punched in the nose and it probably is going to happen, but because of his experience in Europe, he’s going to be a little ahead of that curve” – Windhorst

OTD in 1997 – Shaq going coast to coast and finishing with the 360 slam dunk on the Hornets!

“Nobody could stop Shaq in his prime. Period. The End. Nobody” – Rachel Nichols

UPDATE: After the show ended, the league announced it had fined Portis $25K for his flagrant 2 on KCP

What should we call Alex Caruso?

“His swag is on a million and four right now”

Fair to expect one of these weekly?

Another dunk on Aron Baynes! This time, it’s the Kings De’Aaron Fox!

CP3 too good to trade right now?
Thunder have the 2nd best record since Thanksgiving (15-5)

After the game, former NBA sharpshooter and NBA TV analyst, Dennis “3D” Scott asked CP3 about having a flashback night to which Chris responded: “Flashback? From what?” 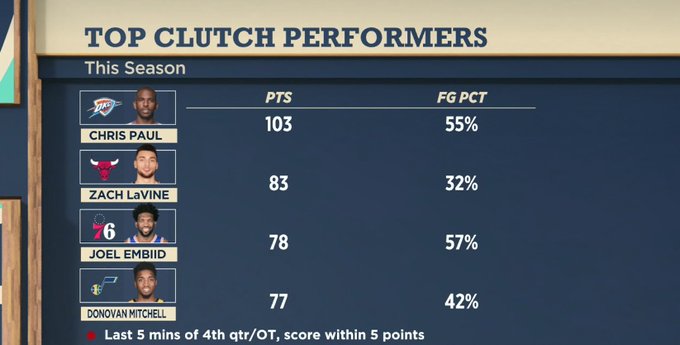 “I do think that the Thunder would be open to trading him. If you want Chris Paul, it should be to a team that can contend this year. But you’re not going to be able to do for just taking that contract off your hands. You’re going to have to trade for an All-Star” – Windhorst

“It’s great value [to have Chris Paul] for the Thunder’s organization. The way that he plays the game, he’s a leader and he makes them better over time. The Thunder should keep him” – Pippen

How careful should Lakers be with AD? 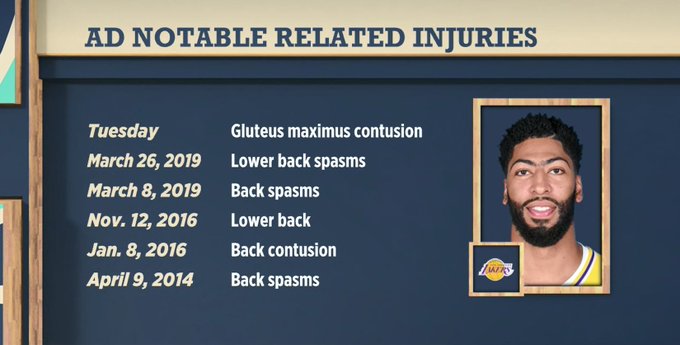 “He’s going to be fine. He’s playing for MVP as well as the NBA title” – Pippen

“He’s had a history of lower back issues. I think he dodged a serious injury. He gets injured sometimes because he always plays hard” – Windhorst

“Him taking that fall in a Laker uniform, you’re going to jump up because you want to play the next day. Taking that fall from the Pelicans, you’re not playing for anything, then he doesn’t play. He has to take advantage of this opportunity” – Pippen

Kevin Love on his outbursts:

Buy that Love & Koby Altman smoothed everything over?

“Nope. I do think they’ve called a truce, which is better for all parties. Kevin has to help the Cavs help him. Koby wants Kevin to act like the franchise player, regardless of the record. For Kevin Love to be traded, it’s going to have to be because some team wants him. The Cavs are not just going to give him away and they have made that crystal clear to Kevin” – Windhorst

“You have to be professional. But there’s both sides to blame. Kevin wants to be in winning situation. He wants out of there” – Pippen

“Both Kevin and Chris [Paul] knew what they were doing when they signed those contracts. They knew that they were going to lose a little bit of power going forward” – Windhorst

Does Melo get enough credit for being clutch?

Led Portland with 28 points and hit the game winner vs the Raptors: 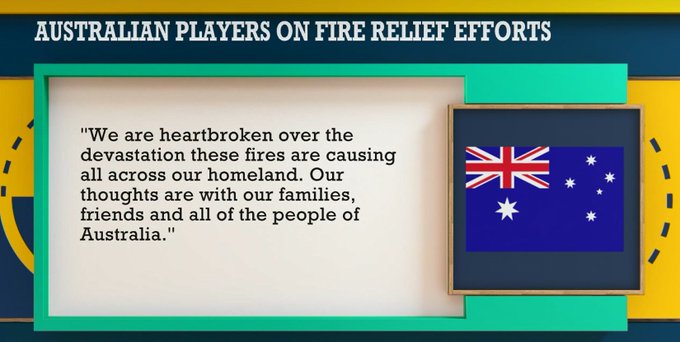 Expect any carryover for Nets next season?

Fizdale: No “Ill Will” towards Knicks 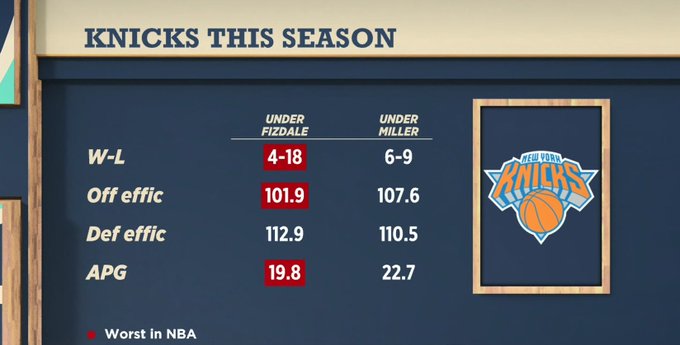 “Both sides are not better off. If you have a failed head coach, it hurts your franchise, it hurts the desire for the job. He had gambled on the Knicks job, when he could have had a bunch of other jobs and that gamble failed. I don’t think anybody should be happy about the situation” – Windhorst

“It’s all about the schedule. It’s really a honeymoon. When you bring in a new coach, players are going to play a little harder. At the end of the day, they’re going to be who they are: They’re a losing basketball team, they don’t know how to win close games and they don’t have a superstar” – Pippen

OTD in 2006 – Vince Carter (New Jersey Nets) with the game winning three pointer on his old team, the Toronto Raptors!

D-Rose Destinations?
How much could D-Rose could help a contender?

Picking up the pace?
How good are Pacers once Oladipo returns?
Will return Jan. 29 vs the Bulls, per Shams Charania of Stadium

Think the Nuggets are slept on? 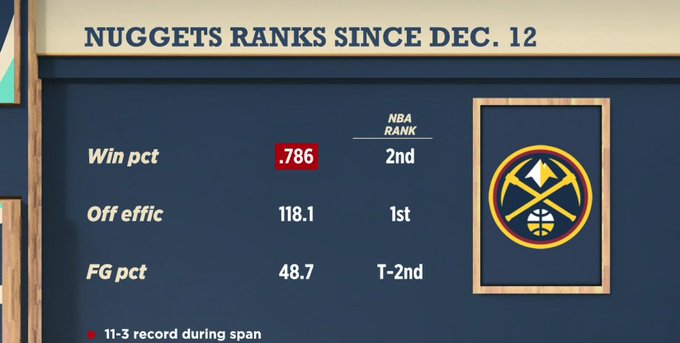 “They don’t inspire fear in opponents. It’s the nature of Jokic. Teams believe they can slow him down when it matters. They’re not a flashy team and they’re from a small market. But this could be their year because the Lakers and Clippers, in my opinion, will be better a year from now. Denver is primed to possibly make a trade” – Windhorst

“Teams don’t respect them because they’re just not a dominant team. At the end of the day, they’re going to have a great regular season record, but they’re not built for playoff basketball” – Pippen