How grossed out are you by Embiid’s dislocated finger? 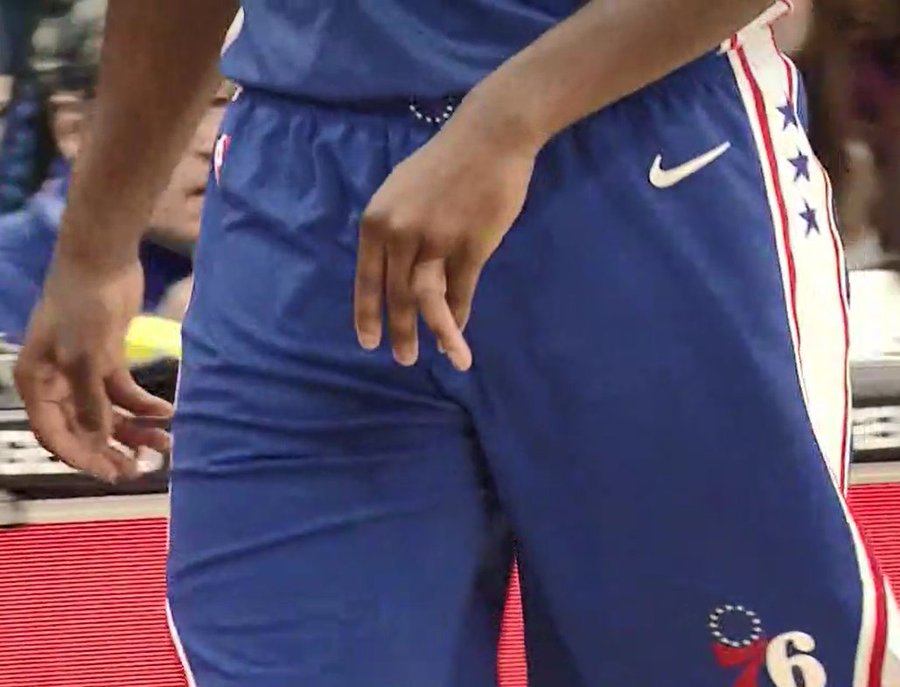 “This is something that actually could be doable. The difficulty is this: You have to get 20 of the owners to vote when it comes to any reseeding, if you’re an Eastern Conference team. Why would any East team, five that you would need, vote for it? It’s just not going to happen. It’s better for the fans to do it this way. And ultimately, they should worry about the fans, but it’s complicated” – Windhorst

“I don’t like it. You’re not going to have much familiarity [between the East and West teams]. You don’t have enough to be able to compete. You want to play against teams that you’re familiar to playing against all season long” – Pippen

Luka’s reaction to his 30-point triple double vs the Bulls (Via Tim MacMahon):

“It’s just stats. I think every game is another stat” 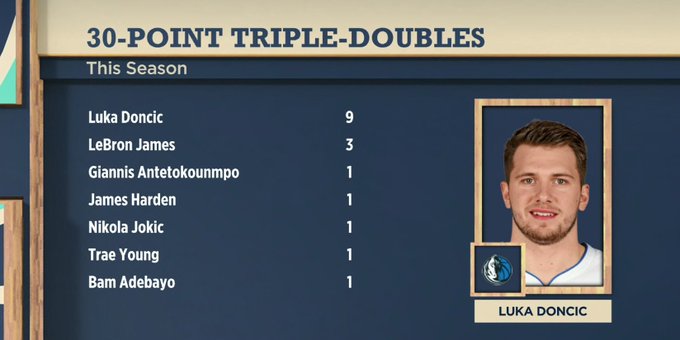 “He is a very dangerous player. We’ve made so many comparisons to LeBron, to Magic. He’s paving his own road. He’s the kind of player that allows the game to come to him. He doesn’t turn the ball over” – Pippen

“Do they advance their timeline a little bit and cash in some of their assets? They are in position to make a trade. 2 months ago, I would have said no. He’s stunned me. His performance has been so good that maybe its leading them to at least have some more conversations about what to do with their trade assets” – Windhorst

OTD in 2004 – Vince Carter with the emphatic windmill dunk vs the Cavs!

Which play from Trae was more impressive?

One word to describe this sequence?

“January basketball in the NBA” – Windhorst

Should Gobert have been called for a foul vs the Pelicans?

“This is what really frustrates people about the replay: They can’t review the foul because there was no foul called” – Windhorst

“I feel like the officials do not make the call for players going to the basket after the play. On a three point shot, they tend to want to give the call. I don’t get that” – Pippen

Vince still getting it done on defensive end?

Hey @NBA , why don't you invite Vince Carter and me at the dunk contest for the remake of 2000 olympics !

AD turning down contract extension, per Yahoo’s Chris Haynes (Will be a free agent)
Per Dave McMenamin, it’s assumed that AD will re-sign with the Lakers

Pippen: Nothing
“It was just protocol”

Windhorst: Nothing
“Just procedural. It’s a 6-month anniversary since the trade, which is why he became eligible” 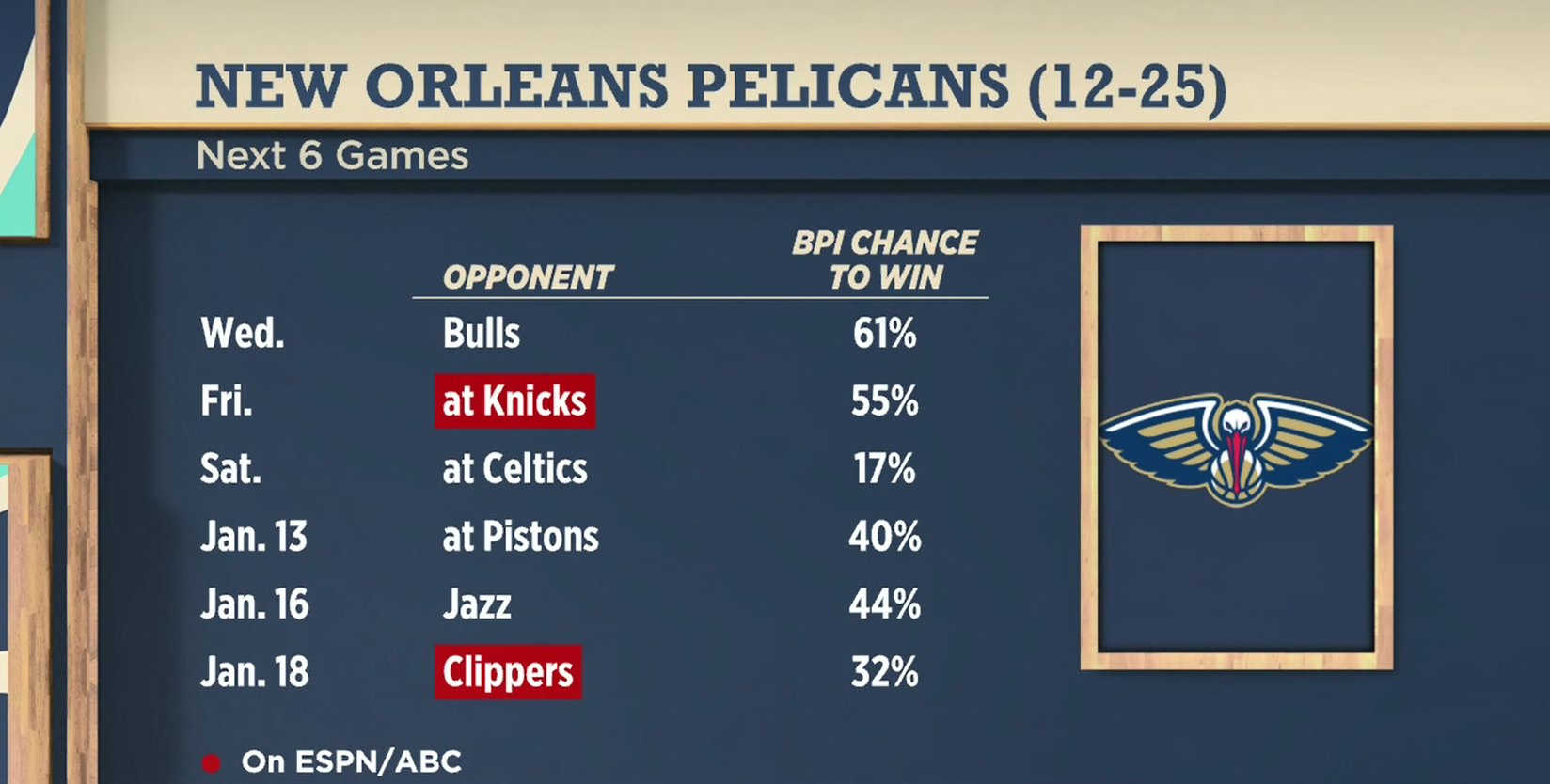 Windhorst: Something
“The Pelicans still want him to do this 3 or 4 times before they clear him to play. They don’t have a G-League team. He’s 2-3 weeks away”

Pippen: Nothing
“Practices are nothing in January”

Nichols: Little bit of something
“The guy has to learn how to play in the NBA. This is not a lost season by any stretch, this is a step back” – Nichols

Pippen: Everything
“This is what you need to see big guys do: Dominate the game and show that they deserve the ball in the paint”

Windhorst: Everything
“He has the support from his coach. He defended him”

Nichols: Everything
“They have aspirations out in the West. If he has more nights like this, they’re in the conversation”

The NBA lottery pick (Ben McLemore) who lost his way, and his road back by Zach Lowe

Brett Brown: “I have failed” at getting Simmons to shoot more threes

#Sixers coach Brett Brown responds to Ben Simmons not shooting a three-pointer per game after Brown suggested in a post-game press conference last month that he do so: pic.twitter.com/1tI2uExTRI

“He’s just exasperated by it. Ben doesn’t seem to want to change his game for Joel” – Windhorst

“Ben is not ready for this shot. This is a grown man shot and a mature shot. He’s not ready. He’s just not a shooter and that’s going to take some more time. It may take another 2-3 years. Brett Brown has given him the green light and he refuses to take it” – Pippen

“The truth is: Ben Simmons could be more valuable on a different team that was built all the way around him. But I think there is room on the court for him, even if he doesn’t shoot, if you built the kind of team around him that maximized him” – Nichols

“The years that they did beat the Spurs was when Kobe & Shaq were together. If they had stayed together, they might of got those 10 titles anyway” – Windhorst

OTD in 2014 – Dwyane Wade with the alley-oop pass to LeBron James who throws it down hard with the one hand on the Pelicans!

Do you fear the deer?
Lost by 22 to the Spurs on Monday night

Coach Budenholzer after the game (Via Eric Woodyard):

“I probably could’ve done a better job at coaching”

“Not yet. Giannis is bringing a lot. In this league, you have to have two megastars. That’s when people fear you. They really have one dominant player (Giannis). Two All-Stars (Giannis and Middleton), but one dominant player” – Pippen

“Giannis has yet to grab a team by the throat in the playoffs and just put them down. This is a little bit frustrating for them because they feel like they should get more respect and that opportunity is going to come” – Windhorst

Be a part of our 3-day #L3GACY Celebration presented by @Gatorade Zero ➡️ https://t.co/u3scwj4jHe pic.twitter.com/xq43jCJ46I 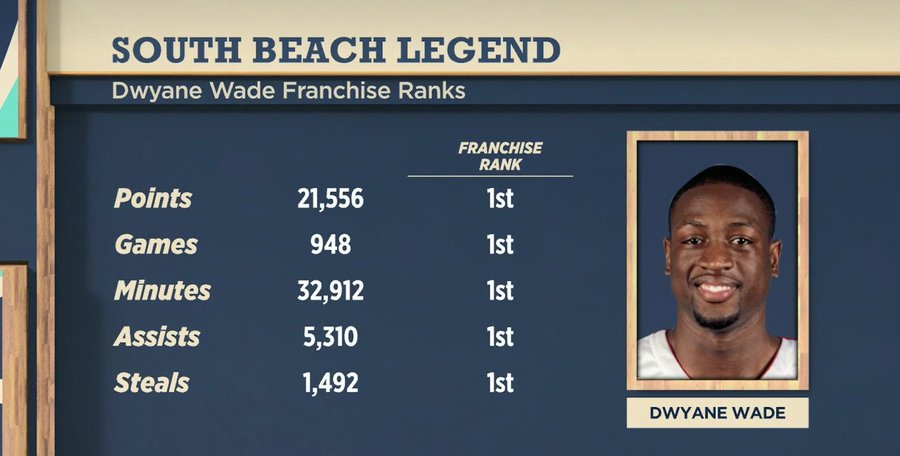 “Where else in an NBA city can you party for three days?” – Pippen