Is this a screen or human shield from Boban?

“That is the world’s largest traffic cone” – Arnovitz

What should Heat do before trade deadline?

“They’re one piece away from really contending in the East, but they have a lot of good young core players. I love to see them get somebody” – Barnes

“They have the ingredients to make a trade. They’re the most interesting team to watch going into the trade deadline season” – Arnovitz

Biggest surprise from 1st All-Star voting returns?
Fan voting accounts for 50% of the vote for the five starters; the other 50% split evenly among voting by the media members and the players

“It was surprise to see Trae Young No. 1 at his position. Here’s a guy, a second year player, from a team that’s 7-27. But in some sense, it’s not surprising because this guy was designed in a laboratory for an All-Star game” – Arnovitz

“Luka and Giannis leading the All-Star voting. Hats off to David Stern. This was his global vision: You have two of the top vote getters from another country” – Barnes

Detroit and Atlanta have been engaged in talks on a trade centered on Andre Drummond, league sources tell ESPN. No deal imminent, but Detroit is talking to Hawks and several other teams on Drummond, sources said.

“In this respect, yes [I saw this coming]. Where are the Pistons right now? They’re a team in flux. Drummond has a player option. If he declines that and walks, they get nothing. If they want value on Drummond, now is the time to act” – Arnovitz

“They need to do something. Detroit is not necessarily a free agent destination. I wouldn’t be surprised if you definitely see some movement from them soon” – Barnes

OTD in 2009 – Dwyane Wade with the nasty rejection on Brook Lopez! Not in his house!

Did Bam have a late growth spurt like AD?

“Syx” the perfect name for Lou Will’s son?
Name is supposed to represent Sixth Man of the Year

Is Donovan Mitchell playing more and more like Dwyane Wade?

Significance of MPJ’s career-high 25 points vs the Pacers? 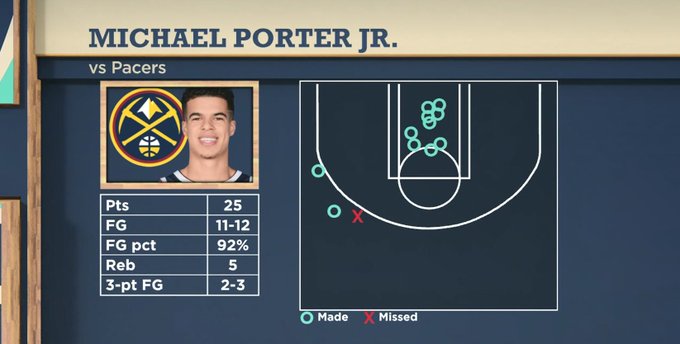 New career-highs in two of the last three games??

“He’s living up to what everyone thought he was going to be. He’s taking his time and just really showing how talented he is. He’s definitely one of the cornerstones along with Jokic and Murray, something they can definitely build around. He has no holes in his offensive game” – Barnes

“If he becomes even 90 percent of what he was projected to be in 2017, then the Nuggets are in business” – Arnovitz

Kerr on flopping: “We need to get back to the point where players need to earn fouls” 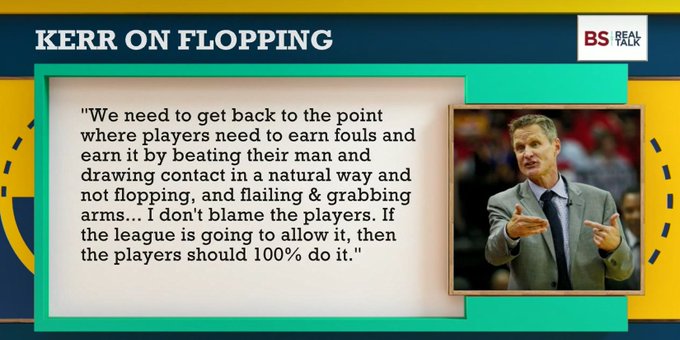 “James Harden has taken it to another level. He’s mastered it. Like Coach Kerr said, you can’t be mad at James. The refs have to be able to tighten up and realize what is really foul and what is a flop because he sticks his legs out and he grabs arms. It definitely needs to be cleaned up. I still get bothered and I don’t play anymore because it just messes the whole flow of the game up” – Barnes

“If you don’t like certain behaviors, don’t incentivize that behavior. My question is: What are people tuning in to see?” – Arnovitz

Draymond to Wolves fan: “You paid $500 for these weak a** courtside seats, shut up”

“I love it. I was someone that talked back to the fans and as long as it stays within the realm of the game in good sportsmanship, sometimes fans go overboard and get too disrespectful, it makes the whole excitement of the game better. It’s something as a fan they’ll always remember” – Barnes

Dewayne Dedmon: “I would like to go somewhere where my talents are appreciated”
Was fined $50K for his public trade demand

“It’s a slippery slope as a player because you don’t want to be labeled as a disgruntled player, someone that’s going to cause hectic commotion in the locker room. There’s no way he should be fined $50K for speaking his mind. He’s earned the right to say that” – Barnes

“This is self marketing” – Arnovitz

How should Pelicans feel about AD right now? 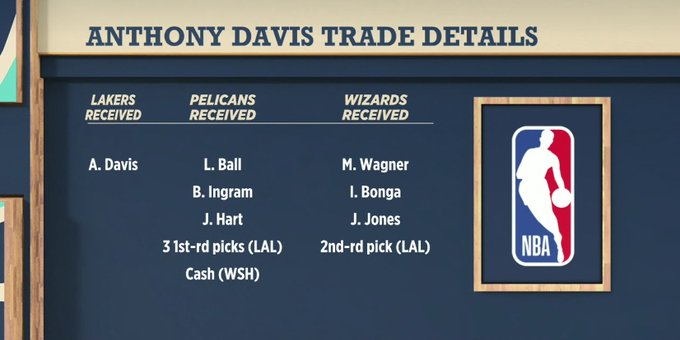 “You can’t look at this in the short-term if you’re the New Orleans Pelicans. It was not about this year or next year, it’s about just resuscitating the franchise after Davis’ departure. He was going anyway ” – Arnovitz

“The Brandon Ingram you see in New Orleans, he would never be that with the Lakers because he needs the ball in his hands and the offense needs to revolve around him. I see him still playing this way when Zion comes back” – Barnes

Should Embiid spend more time in the paint?

OTD in 2013 – J.R. Smith finishing the amazing reverse alley-oop on the Spurs!

Brooklyn Backcourt
Woj: Caris LeVert expected to return Saturday vs Raptors
Has missed the last 7 weeks after having surgery on his thumb in November 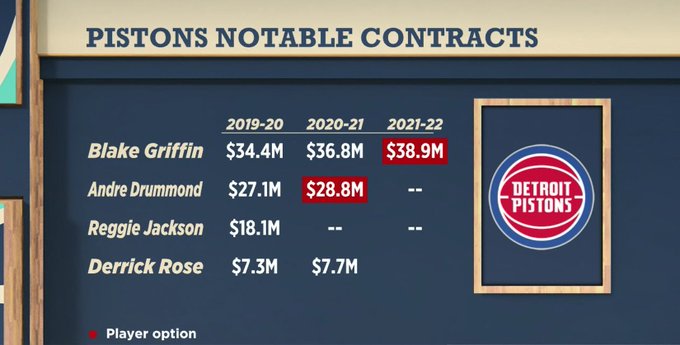 “They like to make a little progress. It’s been a rough year because the expectations were measured. They need something injected in Atlanta” – Arnovitz

“I don’t know how much sense it makes to Atlanta. I’d think a team that’s definitely looking for a big is Boston, as long as they don’t have to give up too many pieces. He would be a great fit” – Barnes

“The way he’s been able to evolve his game, he’s found a consistent jump shot and still does the little things to get him on the court at this age”- Barnes

“He wants what he wants. He wants to play basketball. He’s shown that he can still play at this level” – Nichols

Harden on double-teams: “That means that I’m doing something right that I’m pretty good” 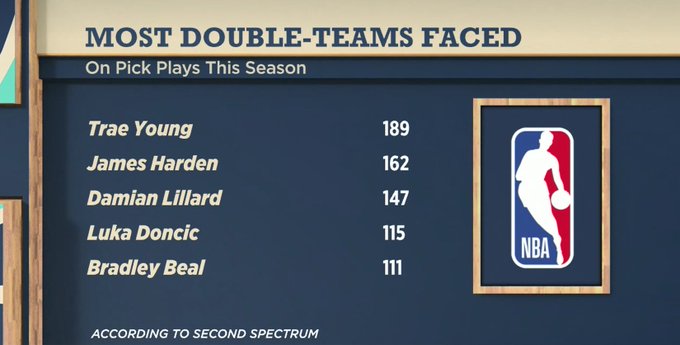 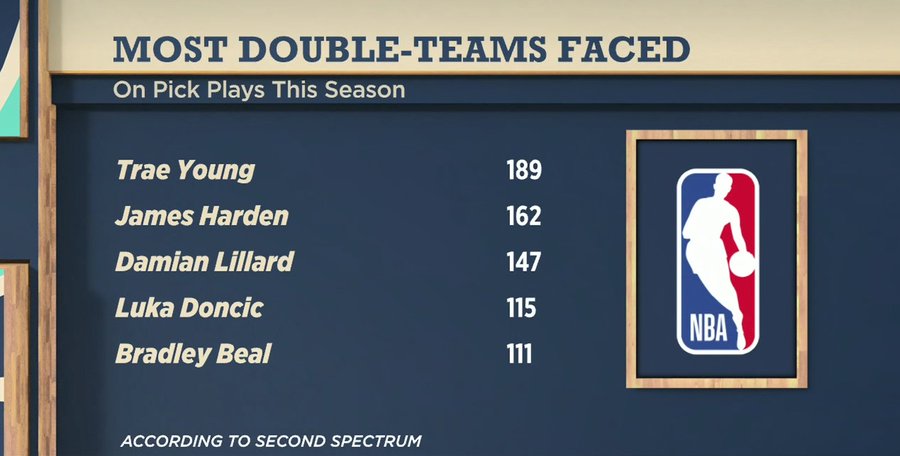 “The utmost respect. He’s the toughest player on the planet to guard right now with KD hurt. He’s the biggest offensive weapon in the game. He’s probably going to see more” – Barnes

“This is going to be a tride and true defensive tactic, but not for an entire game” – Arnovitz