Best player of the decade?
This applies to players that played their best basketball between 2010-2019 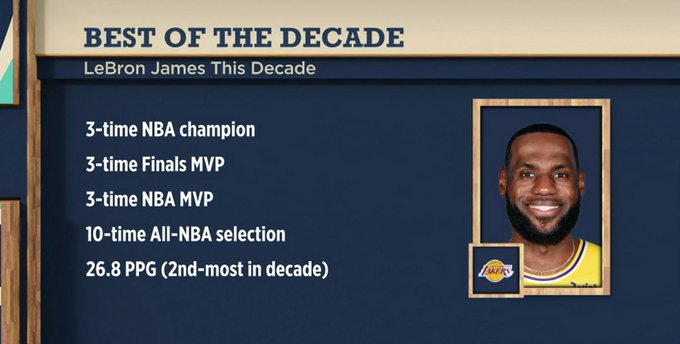 “Hands down, no argument, unanimously and if anybody else has something to say, they know nothing about the game of basketball: LeBron James. He’s still going” – Pierce

“LeBron James. He has been a global figure for basketball and his combination of skills has been the export” – Arnovitz

“Stephen Curry is probably the next closest” – Nichols 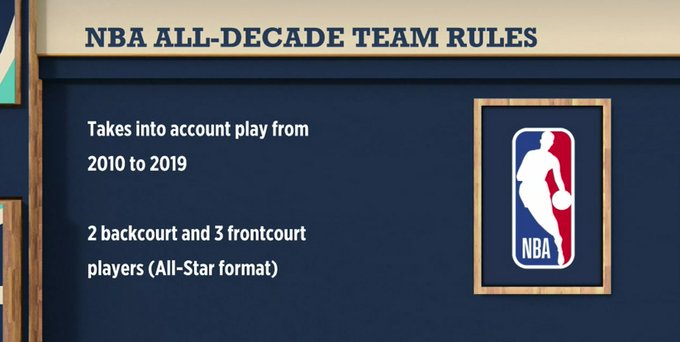 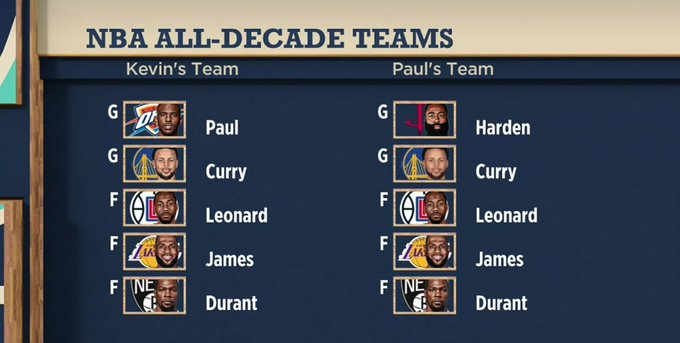 “I have Chris Paul nosing out James Harden. I think Paul was the better all-round player, not only just defensively, the way he controlled a game, a possession and the efficiency year in and year out. Win shares per 48 minutes: Paul was No. 1 in the decade, ahead of Kevin Durant, LeBron James and James Harden” – Arnovitz

“Harden has had to really hurdle some real monumental seasons to not get MVP. He’s put up historic numbers. I’ve never seen anything like this. We could be talking about him as a 4-time MVP right now. He is defining a generation with his offensive prowess” – Pierce

Team of the decade?

“Golden State Warriors. They have completely changed the rules of the game offensively and defensively. They have been the influential basketball in recent years” – Arnovitz

“Golden State Warriors. They came up with the term, ‘Positionless Basketball'” – Pierce