Does John Wall look healthy to you?

“If you doing those type of dunks, you’re way ahead of schedule” – Pierce

“Take it easy. Save it for next season” – Lowe

How should Nets manage Dinwiddie when Kyrie returns? 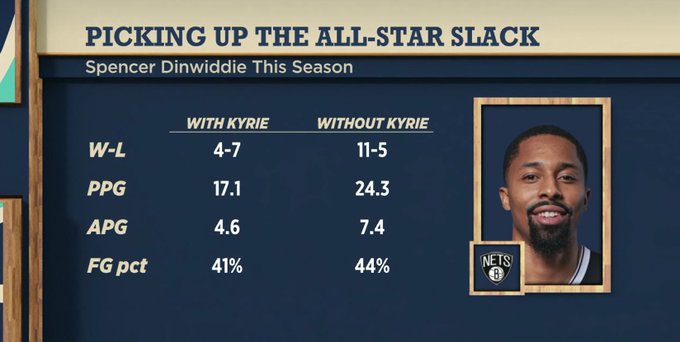 “You got to play them both. Kyrie is a better player off the ball. Put him at the two guard” – Pierce

“Good luck selling Kyrie on playing two guard. I think you have to bring Dinwiddie off the bench. He is making an All-Star case. He’s having an unbelievable season” – Lowe

“Chemistry-wise, Dinwiddie needs to be the primary ball-handler” – Pierce

“Of course they should listen and take calls. They’re building for the future. There is a counterfactual here where they get Zion back for next year, Jrue comes back, maybe they can be the team they thought they were going to be next season. It’s not worth not getting those assets” – Lowe

“They should try to trade him. Do Jrue Holiday a justice and get him to a team to where he can have fun, where he’s winning, ” – Pierce

OTD in 1996 – Grant Hill driving to the basket with the spin move and finishing with scoop layup, plus the foul!

Was there a dinosaur at the Jazz game?

“That was out of a horror show. Very disturbing sound” – Pierce

Is LeBron’s vision on another level this season?

“11 assists a game is on another level. It’s just ridiculous passing everyday” – Lowe

Should Green & Baynes ask for new ankles for Christmas?

Think Bucks are kicking themselves for not keeping Brogdon?

“The playoffs are going to tell the tale. He was their second best player last year when it really mattered against Toronto” – Lowe

“They have the best record in the league without him. I don’t know if this is a big loss. They’re deep. Giannis got better so he’s making up for the lost of him” – Pierce

Doc Rivers on LeBron’s stance when it comes to sitting out games:

“I love it! At the end of the day, one of these two teams are going to the Finals. Doc is talking about the load management thing because he has two stars with a history of injuries. LeBron has never been injured. LeBron is chasing history. He wants to be out there every game” – Pierce

KG, how did you get involved in the project?
“Uncut Gems” in theaters nationwide Christmas Day!

What was it like portraying a playoff series from 2012 (against the Sixers)?

KG, how much thought have you given the Hall of Fame?

“I haven’t given this a lot of thought. This is why we play. This is the culmination of all the hard work. This is what you actually do it for. To be brought into the family of Hall of Famers would be probably the combination for me. It’d be everything” – Garnett

When KD & Kyrie joined the Nets?

“I understood it 100 percent. I was definitely heartbroken. I’m born in Brooklyn so that’s okay. I still felt something. When you’re a Knicks fan, you just expect this to happen” – Sandler

“As I got older, I started thinking of ways to really get under people’s skin. I really wasn’t playing a bunch. David West is probably one of the more focused individuals. It just came to me” – Garnett

For KG: When Paul returned after leaving in wheelchair in 2008 Finals?

Sandler on the championship ring in the movie:

“I’m more of an in-game dunker. I like dunking on people. I’m good on the dunk contest” – Oubre Jr.

“At the end of the day, I’m a competitor at a high level. I play with a chip on my shoulder every game. That’s where the staredowns and all the flexing comes from. It’s never malicious to any other player. I respect everybody. I’m just going there and having fun with it” – Oubre Jr.

“Are chances are as high as we make them. We just got to continue to just maintain and prevail” – Oubre Jr. 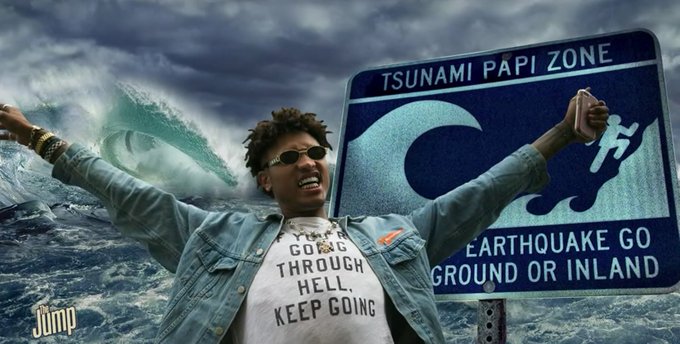 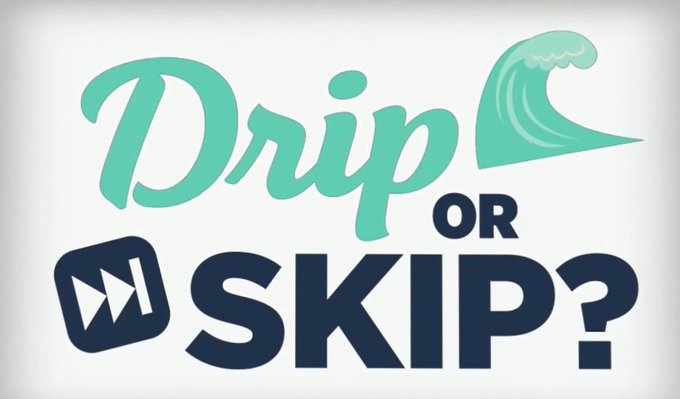 Look the part. Play the part. @HoustonTexans Linebackers a.k.a SWAT team are ready for the @Patriots pic.twitter.com/mVgofF39PX

On how he puts his clothing style together:

“Never had a stylist. I put everything together myself. It’s just an emotional thing for me. I actually take fashion very seriously. It’s an expression for me to show who I am” – Oubre Jr.

OTD in 2002 – Ricky Davis (Cavaliers) driving to the basket and finishing with the monster one-handed slam on the Pistons!

Struggling Kings
Think Kings can put it all together?

Streaking
Marcus Morris too excited about winning 3 out of 4?

David Blatt is already in the house at Knicks practice pic.twitter.com/4EldjKRgJS

“You can poke fun at it if you want, but David Blatt is a basketball savant. It just doesn’t hurt to have a lot of people like that in the room. The more people like that, the better” – Lowe

“They can’t get any worse than what they are. It’s the Knicks. You have to try things. It’s a great idea” – Pierce

“Heat. Coming into the season, nobody expected them to be where they are. They could be a top 4 seed all year long” – Pierce

“Heat. Philly is who we thought they were. They need their starting five to play more time together and just figure out their chemistry. It’s going to take time” – Lowe

Pelicans at Wolves
Whose losing streak will end?