Bjelica: “[Expletive] it, we deserve this win”

Monologue: Pistons stuck in the middle

What’s the next step for Pistons? 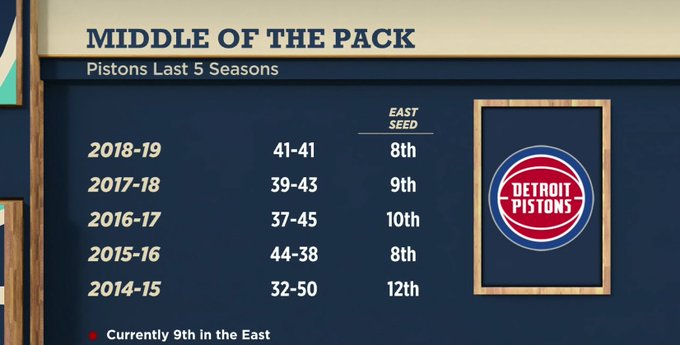 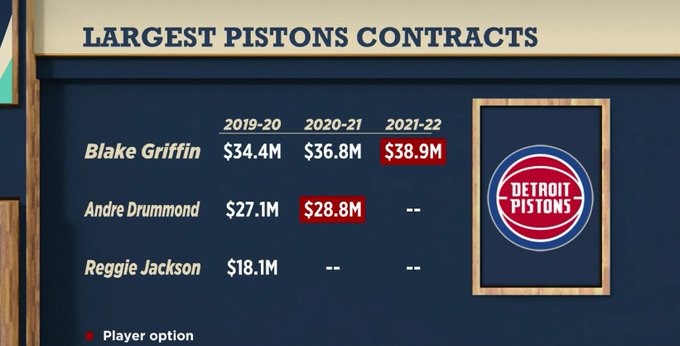 “There’s no easy solution. They have quality, but they don’t have the type of talent that’s going to escalate them to even the middle of the pack of the Eastern Conference. I really don’t see them making any real noise in the East. I don’t think, when they’re fully healthy, that the pieces really do fit” – Barnes

“Tom Gores (Pistons owner) wants to have a competitive team. He doesn’t want to do a rebuild. His No. 1 priority is the playoffs” – Windhorst

PG booed in Indy and on the Pacers fans’ negative reaction:

“I’m guessing: Because he went to a superteam in glamour market, which Indiana is not. They don’t like the idea that this player is going away from what they have on their own team. The belief in Indiana is that he’s referring to Larry Bird. They wanted him to play PF, which he did not want to do” – Windhorst

“The fans boo him because they know what they missed and what they lost out on. They miss him” – Barnes

“Maybe with Victor Oladipo not back on the court playing, it kind of brings all that stuff back up to the surface” – Nichols

OTD in 2005 – “The Greatest Living American”, Allen Iverson putting on a series of dance moves, then breaking Jacque Vaughn’s ankles with a killer crossover, while hitting the jump shot!

Why does Chris Paul like picking on Rudy Gobert so much?

“Because you want, as a little guy, to show up the big guy” – Windhorst

This the greatest “Ballbonic Plague” of all time?

Happy JA Morant is back?

“He’s very impressive, very under control, leads the team and does what ever they need” – Barnes

Should Teague give the ball up?

“That’s your superstar. If you have enough nerve to go without him and completely tell him that you’re not giving him the ball, you better make that shot” – Barnes

How has LeBron’s mental approach changed?

New video: I sat down with LeBron at an event to announce his partnership with @calm on Monday to discuss how his mental approach to the game changed after the loss to the Mavericks in 2011 pic.twitter.com/cKc0UbTyKt

“90% of the game is mental. It’s more important now than ever. His mental approach, revenge factor and his rejuvenated desire has been the reason why the Lakers have been so successful. He can pick and choose his spots. He’s empowering everyone and you’re seeing a beautiful product from it” – Barnes

“If AD is in the MVP conversation throughout the season, that means LeBron is doing his job and were going to see the best LeBron come playoff time” – Barnes

“I knew he was a defensive minded guy. He thought defense first. He knew the terminology. It made it real easy to play with him. Nobody wanted no smoke [from Barnes]” – Allen

“He’s out there playing playground-style basketball in NBA sets. I like his tenacity and his fire for the game. He’s showing veteran signs and poise” – Allen

Ceiling for Celtics this season?

“I didn’t think these guys would be this good. Jaylen Brown is looking like he should have got a little more money. It seems like a breath of fresh air for the whole locker room. and it has a lot to do with Kemba Walker” – Allen

On whether the Celtics should make a trade (particularly at the center position):

“I would love to just see how they finish out this year. I’m still a Celtics fan” – Allen

Has the East caught up to the West? 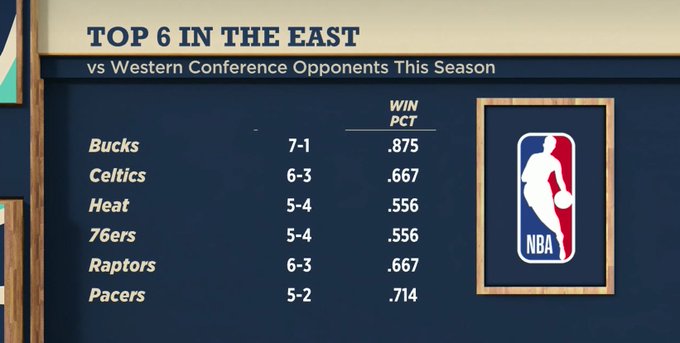 “The bottom end (mid-level bottom) of the West has not been as good as we thought. And the middle to the bottom of the East has been successful against those teams. I think the Clippers are the championship favorite in my mind. The West at the top, and that’s where you really count, is still pretty potent” – Windhorst

“At the end of the day, we all think it’s going to be the Lakers or Clippers putting up the trophy in June” – Barnes

Hawks at Heat
Butler getting enough credit for Heat revival?

“I don’t know if he’s getting enough credit, but he definitely is the reason for the turnaround, holding guys accountable. But they’re one piece away” – Barnes

“He has been a big addition. It’s a lot of different things that have come together with Jimmy at the lead” – Windhorst