Big change to the show:

Kevin Arnovitz (Second Half Only): 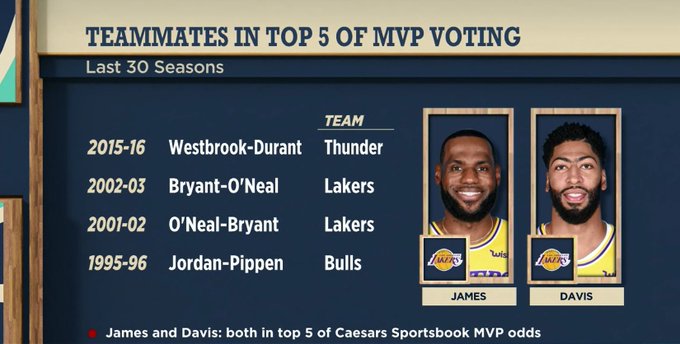 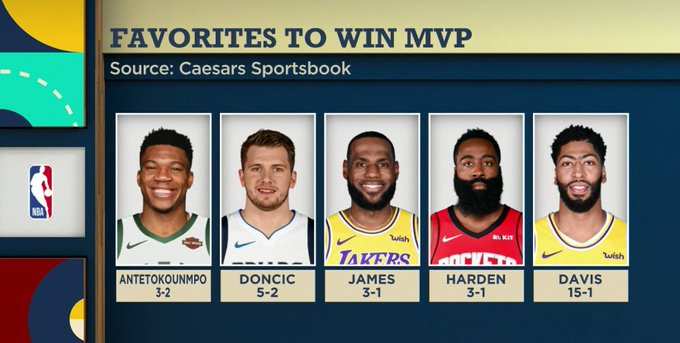 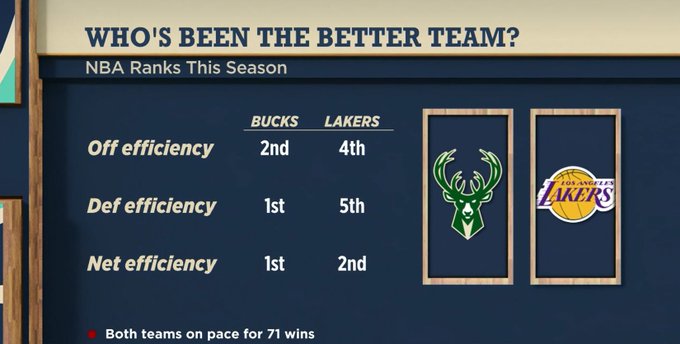 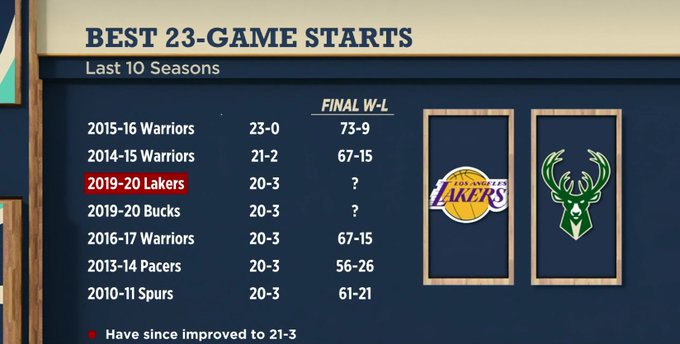 “Bucks. They don’t have the pressure in the East. It’s not as good. There’s just so much more pressure being a Laker. The young Bucks are not getting enough attention. I think they could be attracted to trying to chase that Warriors number (of 73 wins)” – Spears

“Bucks. Giannis can go full boar (without taking a night off) every single game all season long. To me, because he hasn’t had these long postseason runs like LeBron has, he doesn’t have to pause at all. But I don’t think either team gets 70 wins” – McMenamin

Still, one of the greatest individual comebacks in NBA history. pic.twitter.com/dlLEBLUHd1

This an all-time “left-hanging” moment?

Anyone enjoy LeBron’s dunk more than this kid?

This needs to be a gif pic.twitter.com/G0gKXCVh4G

“The place went absolutely nuts for this kid. And LeBron said after the game he noticed” – McMenamin

This was the score early in the 4th quarter:

“That dunk was just so nasty that it was just a bad twitch. Kevin Porter Jr. wasn’t thinking right” – Spears

Nichols & Spears: Over | McMenamin: Under

Trade restrictions lifted on 150 players Dec. 15
There hasn’t been a trade in the NBA since the Westbrook/CP3 trade back in July! 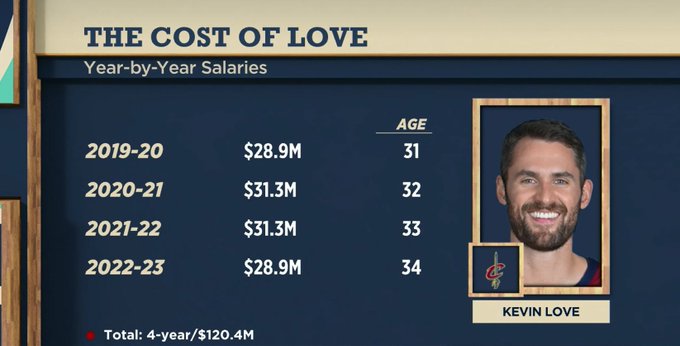 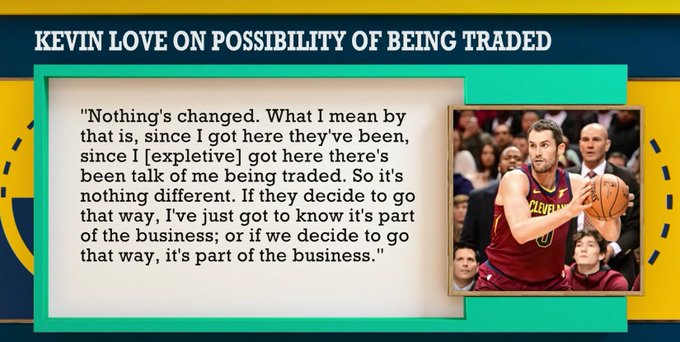 “I’m not so sure Portland works out right now salary wise and that they brought in Melo. The team I’d like him to be on: Toronto Raptors” – McMenamin

On board with CP3’s delay of game tactics?

“I love it! He’s helping his team. I’m all for his shenanigans Put your jersey in. Know the rules” – Spears

“This was a far more digestible version of gamesmanship that I want to see because it’s clever, it’s being totally in tune to what’s going on. But the delay of games are getting a little out of control” – McMenamin

Any issue with how Houston handled Melo & CP3? 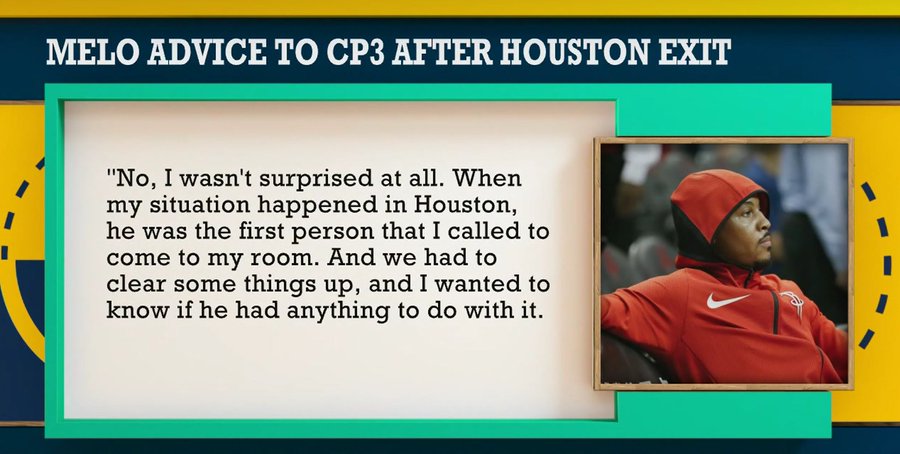 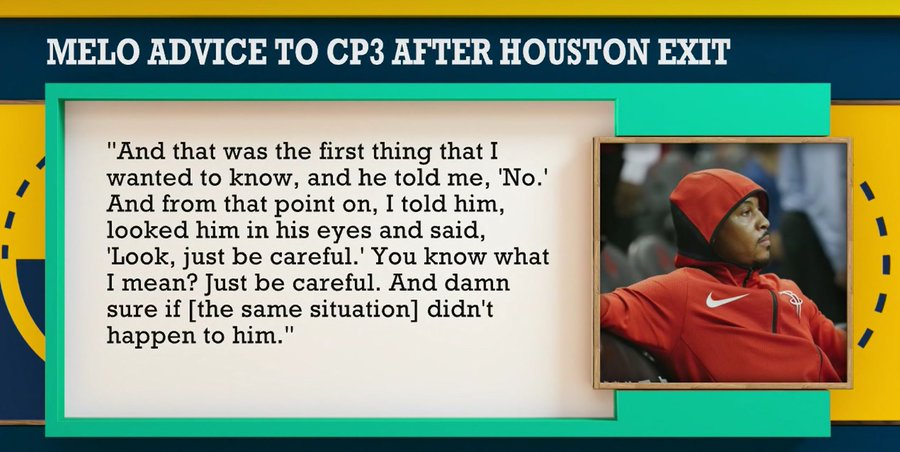 Significance of Luka passing MJ’s 20-5-5 streak?
Has done this in 19 consecutive games!

Doncic isn’t a fan of the stat:

“What I’m watching now is sort of stature is is he about to become one of those guys that by virtue of his presence on the roster alone that team you can pencil them to a top 4 seed? To host a first round game and that’s going to be interesting to watch because they’re right in position there” – Arnovitz

“I do think when someone else hasn’t done it besides him, it is notable” – Nichols

Resetting expectations for Heat this szn?
Jimmy Butler was named Eastern Conference Player of the Week 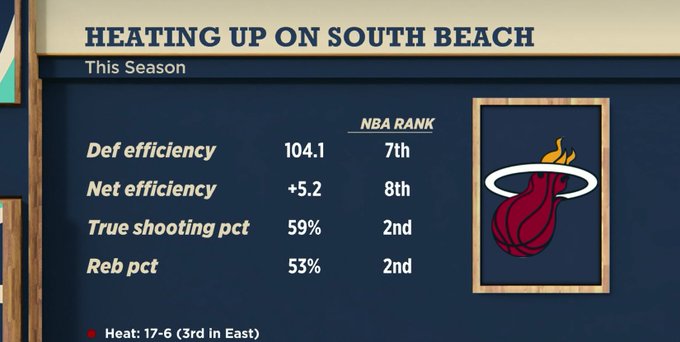 “Most of us have them in that scrum with Brooklyn and Orlando as probable playoff teams, but maybe not a contender for a first round homecourt. But now, they’ve elevated themselves to that scrum of Toronto, Philly and Boston They’re an interesting team. I think of them as a Denver type team. This is a really reliable unit. It’s a really great story” – Arnovitz

“Jimmy Butler should be looked at as an MVP candidate, but I just don’t know through the course of the season if they can keep up this pace” – Spears

OTD in 2001 – Vince Carter with the monster one-handed flush!

Gordon Hayward returns to the lineup vs the Cavs which could only mean one thing. It’s the return of… 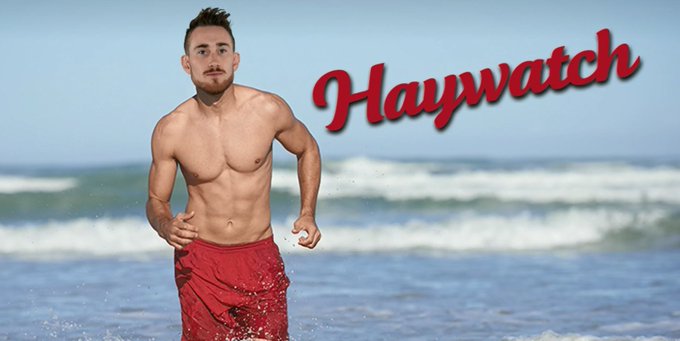 “The Celtics have been great without him, but they were better with him. This could potentially give Milwaukee some run for their money” – Spears

“What they get is a big, creative ball handler who can guard four positions. It’s a really helpful additive” – Arnovitz