Impressed by this fan’s composure?

Monologue: Lakers getting best out of nearly everyone

Lakers have any flaws right now? 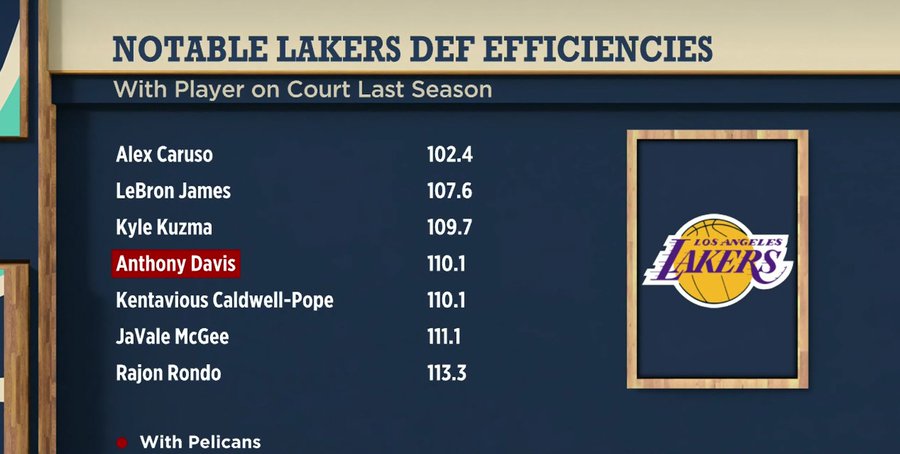 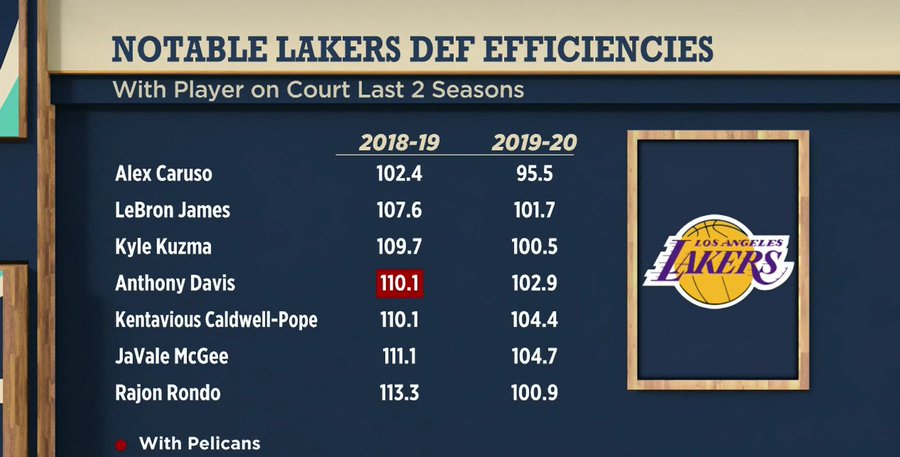 “It started in the preseason. They were locked in (in the preseason). They have so much championship experience. LeBron and AD, the way they’re playing defense right now, are feeding off each other. Right now, I don’t see any flaws with them because they’re so deep and so experienced. They remind me of the 08 Celtics team” – Perkins

“I think that if they’re going to beat the Clippers in a 7-game series, they could use another wing defender. They got a lot of weapons, it’s not fatal. But all in all, damn impressive Lakers showing to start this season” – Windhorst

LeBron claps back at Jazz announcers on IG

“I love it. It’s a class act by LeBron. It makes a statement. All the history that players have with the Jazz fans and for Bron to do that and give his shoes out to fans in Utah speaks volumes” – Perkins

OTD in 2000 – “The Greatest Living American”, Allen Iverson putting on a dancing display with some killer moves and then finishing with the fadeway jumper vs the Lakers!

Should this ref take the next game off for load management?

“They were going for a two for one” – Windhorst

“Feel bad for what? He shouldn’t be on him. We call that ‘daddy ball'” – Perkins

“I felt bad for him” – Nichols

How badly do Mavs need Porzingis to thrive?

“They need him bad. He’s key to their success. This whole Dallas team is surprising. I apologize to the whole Dallas fanbase because I said that their team wasn’t really good, but they have players there. I actually like this Mavs team better than I like the Rockets” – Perkins

“He’s got such a great set up for himself to thrive. He’s getting paid like a No. 1, with a max salary. He doesn’t have to be the No. 1. If he is who we think he is, which the Mavericks did, there’s no reason why he shouldn’t thrive in this role” – Windhorst

Is the MVP Giannis’ to lose this year?

“He’s still growing. He’s going to be a hard champ to knock out if he stays healthy in that role” – Windhorst

“It’ll be tough for somebody to take it from him. This guy gets better every year. Giannis has that Kobe, KG, Michael Jordan kill mentality. He brings it every single possession on both ends of the basketball court” – Perkins

Did Bucks overreact to Blake’s step-over?

Giannis after the game:

“I love it. They’re riding together. No overreaction. The Bucks are showing continuity. They enjoy playing with each other” – Perkins

VanVleet on Harden’s game: “I haven’t met a basketball player that doesn’t appreciate it” (Per Josh Lewenberg/TSN Sports)

“So many players that I have talked to have brought this up, especially in reference to the MVP stuff, players, out of anything I’ve heard in the last 2 years more than anything is how they are turned off by the way James Harden plays” – Windhorst

It’s Jimmy V Week at ESPN. Here’s a look back on the late Stuart Scott calling the SC highlight of MJ’s flu game: 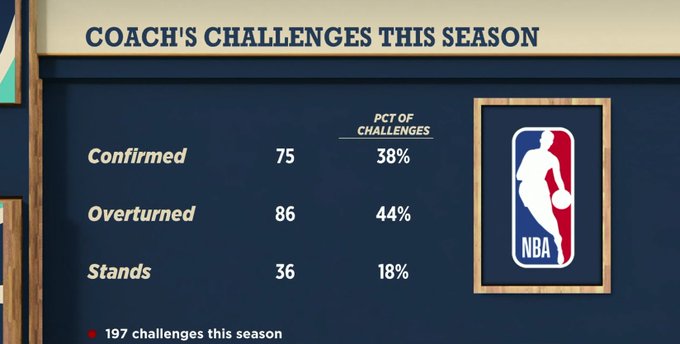 Think Coach’s Challenge makes it past this season?

“Turning it back down to 68 degrees. They’re starting to play harder teams and there’s more competition. And in all due respect, Karl-Anthony Towns is probably the most skilled big man in this league today” – Perkins

“They’re really working very hard to modernize their team. The most important thing for these guys moving forward is that they get more out of KAT and Wiggins” – Windhorst

“When Wiggins plays well, it makes a huge difference” – Windhorst

“That’s a key word: When. We don’t know when he’s going to play well” – Perkins

OTD in 2008 – Metta World Peace, formerly known as Ron Artest, driving to the basket and throwing it down hard on the Warriors! 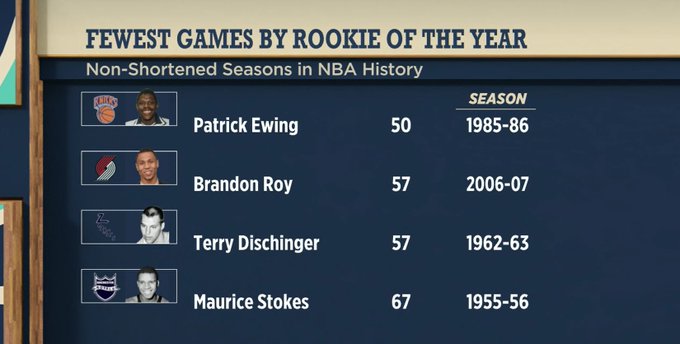 “Yes I do. Him sitting out, there’s so many talented rookies that’s doing a great job. But don’t rush him back. Protect your investment and make sure he’s healthy” – Perkins

“If he comes back and is spectacular, then he can still win it. I don’t think it’s over at all” – Windhorst

Better this season: Booker or Ingram? 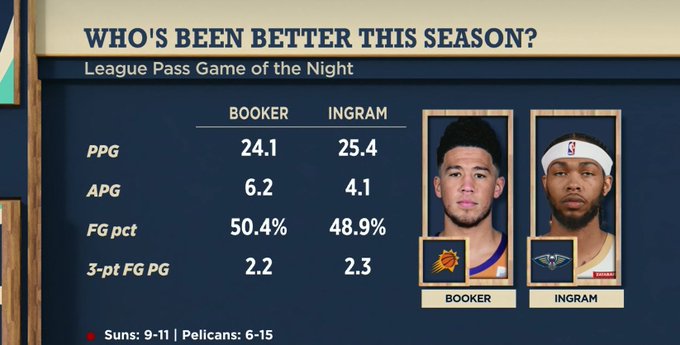 “Devin Booker. His team is doing better. But Brandon Ingram is having a spectacular shooting improvement” – Windhorst

“Brandon Ingram. I cannot name 15 guys that’s playing better than him. He does more than Booker” – Perkins