Should J.J. Barea just have gone to the scorer’s table?

“Go all the way to the scorer’s table. What’s Rick [Carlisle] going to say?” – T-Mac

What did you learn about Kawhi-PG duo vs the Celtics? 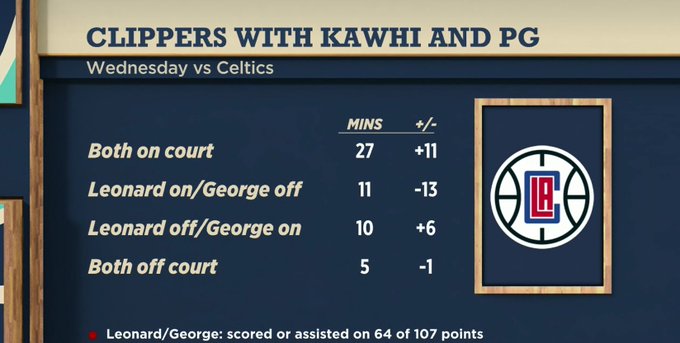 “Just what I thought all along: Defensively, oh my goodness. Teams are going to have problems scoring the basketball [against them]. It’s scary what they’re going to be able to accomplish once they figure each other out” – T-Mac

“It’s not going to look pretty on offense all the time, but they’re going to be a huge pain to score against” – Lowe

Did Nuggets outline a blueprint for slowing down Harden?
Held Harden to only 27 points

“He has seen every gimmick defense in the NBA. If he sees it twice, he’s going to figure it out. This is not a blueprint that’s beyond his imagination” – Lowe

“It worked for one night. But do something different. This is not a blueprint” – T-Mac

“This is the single most interesting question in the NBA strategic wise: What is Russell Westbrook doing when James Harden has the ball? That’s going to be an ongoing thing” – Lowe

OTD in 1999 – Shaq attempting a hook shot only to have it be blocked by future Jump Analyst, Tracy McGrady!

More disrespectful The snatchback or the look?

Is there an NBA chapstick endorsement waiting to happen?

How do the Heat keep finding guys these guys?
Duncan Robinson had 9 made field goals (All threes) vs the Cavs

“They just put together a really competitive team” – T-Mac

Did this Knicks fan just realize he’s a Knicks fan? 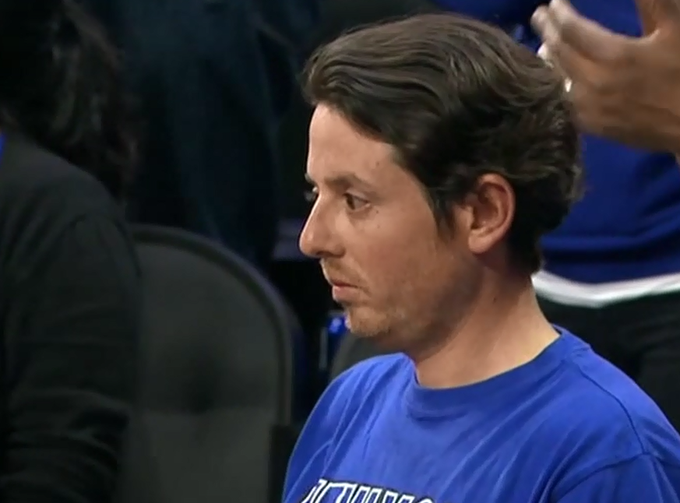 Did Russ forget he has teammates?

Think Jamal Crawford will get signed at some point this season?
Last time he was on an NBA court: He dropped 51 POINTS vs the Mavericks!

Ah ha! Here’s an idea, someone please sign @JCrossover and get him out of my kitchen! #getthismanajob @BleacherReport @SLAMonline @NBAonTNT @espn pic.twitter.com/kAOxKlMDd8

“Yes. If only to be a locker room vet on a team that’s not going anywhere this season. But I don’t see him getting minutes on a playoff team” – Lowe

“Why wouldn’t he? Right now, he scores better than a lot of these guys that are coming off the bench. The Orlando Magic need some help over there. They could use some firepower coming off the bench if they’re going to be a playoff team. He still can play and is a great teammate” – T-Mac

“He is not going to cause a problem if there are some games that you don’t play him. And there will be games you do play him. He is such a good influence and there are teams that need it frankly” – Nichols

How big of a deal is Ben Simmons’ first made three?

“It’s a very big deal. The shot looked so fluid to me. He’s done it several times. I don’t why he’s so uncomfortable shooting the shot. What that would do for his game and for his team’s chances of elevating themselves to the elite status in this league?” – T-Mac

“It’s a huge deal. He needed to get it out of the way. The Sixers want him to shoot threes. He’s going to have to shoot it. The key is: He cannot go five straight games without taking one. The more he takes them, the less it’s a huge deal” – Lowe

“If he doesn’t attempt more, that’s where the criticism is going to come” – Nichols

“To open up the floor, you have to start taking these shots. And it looks damn good” – T-Mac

“I think they’re making an effort. Everyone is on a long-term deal, let’s see what this team is. What really matters is how those two guys fit on the court. It’s not a clean fit, I don’t think it’ll ever be on offense. On defense, they have a chance to be special” – Lowe

Marcus Morris on Embiid: “Too big to be flopping”

What about Joel Embiid gets under other players’ skin?

“He’s a boisterous guy. He takes it to the basketball court and rubs some of the guys the wrong way. He backs it up in his play” – T-Mac

“The thing about Joel is he doesn’t just talk trash, he finds your weakest point as a basketball player and that’s what he talks trash about. He wants to humiliate people and get in their heads and some guys don’t react very well to that, which is what he wants” – Lowe 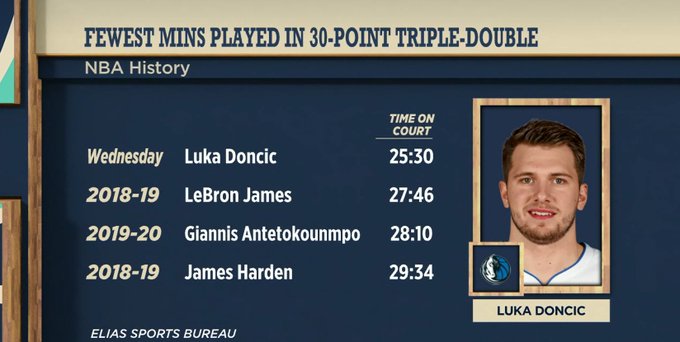 Lowe: Everything
“Luka looks like a generational superstar. That is frankly unexpected at this stage in his career”

T-Mac: Everything
“He’s becoming my favorite player to watch”

T-Mac: Something
“The LaMarcus Aldridge and DeMar DeRozan pairing hasn’t worked out. They haven’t played at an elite level to carry this team to where they are accustomed of being and that’s winning ball games”

Lowe: Everything
“They’re awful. This was so unexpected. It’s shocking how bad they’ve been. The numbers show it for the second year in a row, they’re bad when DeRozan and Aldridge are on the floor together and that’s a problem”

“It could be everything if this is the end of the Spurs era as we know it because they’re might be a point before the trade deadline where they to sell off [their players]. Is Pop going to want to stick through a rebuild at this point in his career? Maybe this could be a serious changing of the guard for this team both on the bench and on the court” – Nichols

T-Mac: Something
“Welcome back, guys! I missed this. What I love about this is the camaraderie that it forms amongst this team. Even the guys that don’t play that many minutes, it involves them as well. They need to take note of this and get to winning ball games”

Lowe: Nothing
“I don’t care. They’re just dancing. I’m not being facetious, the Nets are happy that Kyrie is dancing and showing himself to be a part of that”

Lowe: Something
“Who the coach of the team is is an important thing in the NBA. It’s a self vote of confidence”

T-Mac: Nothing
“They should be playing better with the talent that they have”

“The reason, possibly, why this coach is ‘supported’ is because the guys above him don’t want the spotlight on them” – Nichols

OTD in 1999 – Vince Carter with the crossover and finishing with the nasty dunk on the Lakers!

We Want Pau
What will you remember about Pau Gasol game?

As of today, I will no longer be a member of the @TrailBlazers player roster, so I can focus all my energy on my rehabilitation. 📹💪🏼 pic.twitter.com/JlXWJ73B23

“Voters don’t get bored. Right now, I would vote for Giannis for MVP” – Lowe