Running in timbs too far?

Monologue: Anything is possible in today’s NBA

Luka ready to contend for MVP this season? 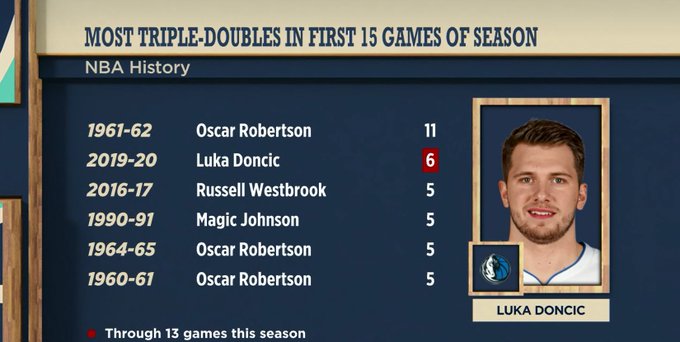 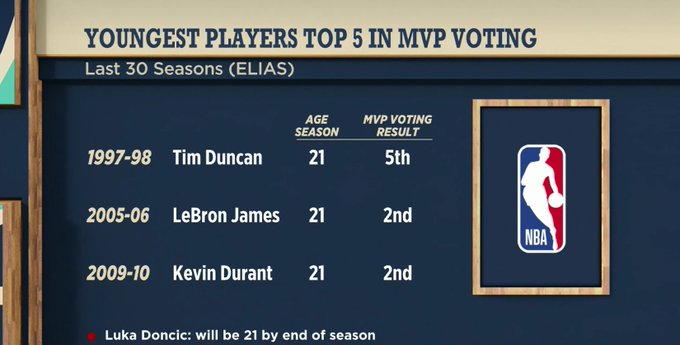 “He’s contending alright. The Mavs saw it. Having Luka be Dirk’s successor, this is unbelievable the things that he’s doing. What impresses me the most is he’s averaging 11. He is not athletic. He can’t jump a lick” – T-Mac

“15 games in, he is 100% on the ballot. If he keeps playing like this, it’s going to be a really hard vote at the end of the season because what he’s doing is MVP basketball” – Lowe

“If he can sustain this for the whole season and the Mavs make the playoffs, he will have a good chance of breaking into that top 2” – T-Mac 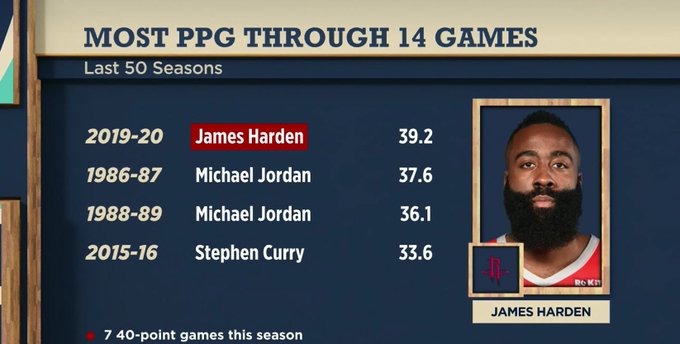 “It’ll be difficult to get back to the form he was in last year because he’s taking so many threes this year. But I’m not surprised by this” – T-Mac

“Do something to stop [James Harden]” – Lowe

“I think James can do it because just his three point percentage is not even at where it was last year so even if he continues to take this volume of threes, if he just gets that back up to where it was and the pace that this Rockets team is playing with is so much more. He’s just getting more cracks at it “ – Nichols

OTD in 1996 – A young Kevin Garnett with the monster putback dunk on the Rockets!

Will this inspire a cherry-picking-on-defense trend?

“That is sacrificing” – T-Mac

Someone leave a window open in the United Center?

Danny Green got drug tested after putback dunk vs Hawks?

Catch one dunk and get drug tested 🤣 #surprisesurprise

“Very concerned because this doesn’t look good on Kyrie’s resume. I’m not blaming Kyrie, but that chemistry is gone [from last season]. With Kyrie in the fold, this team is just completely lost. It’s not a good look” – T-Mac

“Never worry in the East. The Nets are fine” – Lowe

One should be concentrating on clues that the universe is dropping for them to take up a quick reaction. Divine power is seeking my undivided attention. I had to achieve the tranquility of spiritual maturity through the guidance of the Universe. I WILL ALWAYS BE 7️⃣ #007 #GRA7EFUL #STAYME7O

“I don’t know what that different approach is. But what I do know is: They need some scoring and they need help. It seems that the Blazers reached their ceiling with Dame and CJ. He can’t come in and be ‘stand on the perimeter Melo.’ They’re going to need him to be Melo if he can provide that and I just don’t know what he has left” – T-Mac

“I assume when he says, ‘change my approach,’ he’s talking about the kind of shots he’s going to take on offense. I actually don’t think he got enough credit in OKC. He played like ‘Team USA Melo.’ He played offense the way that everyone had been asking him to play in his twilight. This is going to sink or swim on whether he’s playable defensively” – Lowe 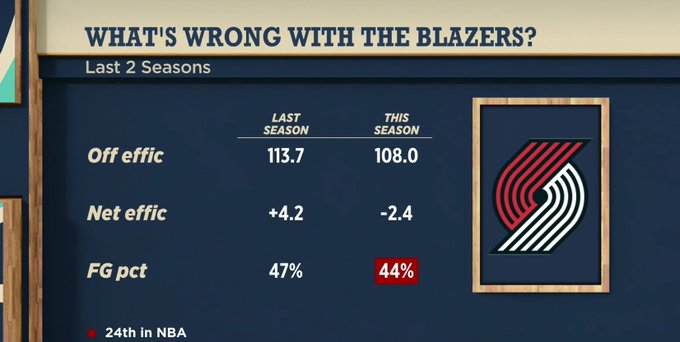 “They have lack of depth at the big, terrible defensively and one of the worst defensive rebounding teams in the league” – Elhassan

“If things don’t get fixed, Melo is going to get the blame” – Elhassan

“The injury to Zach Collins was a back breaker” – Elhassan 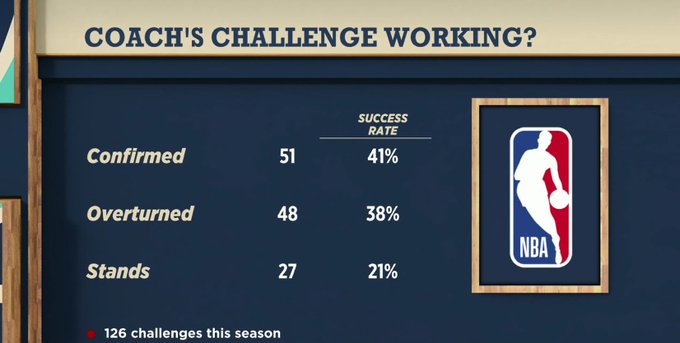 “Is it good for the league? I don’t know. I’m shocked that there this many calls that the refs are getting wrong” – Elhassan

“I don’t like it. There’s going to be some inconsistency just like the refs are on their calls” – T-Mac

“I would like to see the coach’s challenged used in the last 5 minutes of the game because that’s really where games are really deciding and it matters the most, not in the first three quarters” – T-Mac

Should Clippers be concerned about Kawhi’s health? 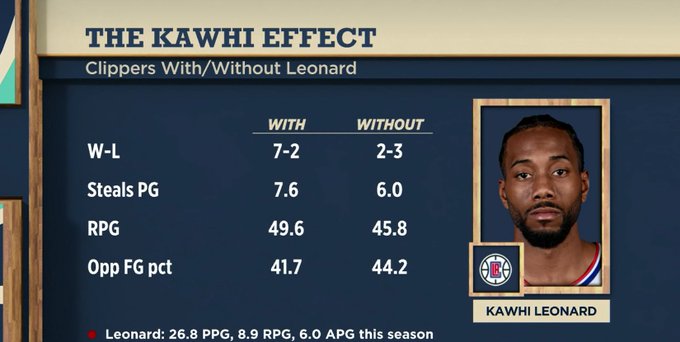 “He needs the rest” – Elhassan

“Kawhi didn’t look like himself [vs Houston]. He’s probably dealing with an issue we don’t know about” – T-Mac

“I don’t know of any surgery he had or needs. I think that it’s more of just something that requires to be managed” – Nichols

The way KATS gave Utah that work tonight and came up with a huge impressive road win with no Wiggins I’m turning my thermostat up tonight 75 degrees!!! @Timberwolves

“I love what I’m seeing from KAT, but this is the Andrew Wiggins that I’ve been wanting to see. I’m buying it. I see a different and more assertive player. It’s going to stay and they are going to make the playoffs because of Towns and Wiggins” – T-Mac

“If Wiggins continues to play like this, they’ll make the playoffs. But I’ve seen this before. I’ve seen stretches where he looks engaged and he’s on to it, and then he comes back and it goes away” – Elhassan

OTD in 1999 – Jason Williams aka “White Chocolate” with the nifty no-look behind the back pass to Corliss Williamson!

Sharing
Raptors: 40 assists vs Hornets (franchise record) still force to be reckoned with in East?

CP3 proving worth in LA showcase? 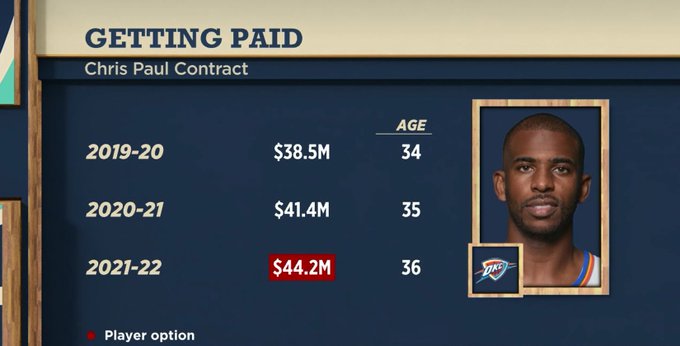 “I don’t know if it’s a showcase. The issue is: The salary and the age. There’s nothing that he can do on the court now that is going to erase it” – Elhassan

“I don’t think it’s a showcase. Chris can still play at a high level. I would like to see him with a contender” – T-Mac

AD on his style options: