How would you celebrate finally winning a challenge?

“You got to save those coach’s challenges for the end and I think that was a smart move. We learned that game 1 with the Raptors” – Ogwumike 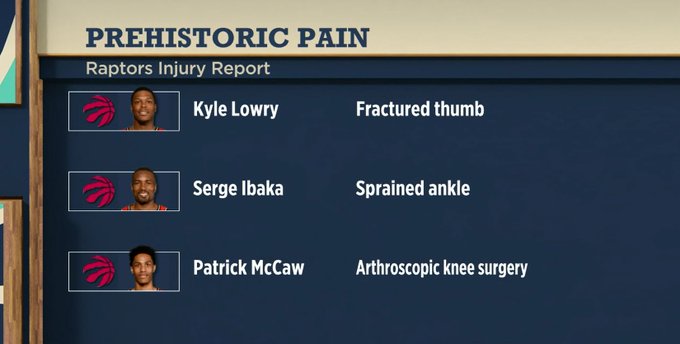 “No. This is a really deep team and they pride themselves on their depth. Pascal Siakam has been better than I think any of us could of expected. We knew he was going to have to step up, but I don’t think anyone saw him stepping up this much” – Elhassan

“The culture has been there. They’re kind of a farm system. This is who they are: They build talent” – Ogwumike

“The culture was established before Kawhi got there and it was there when Kawhi was around, and now that Kawhi is gone, it’s still there” – Elhassan

Are the Raptors really OK with how Kawhi Leonard left?

Kawhi Leonard & Doc Rivers on the excitement of the matchup:

“I do think it was a leave good situation based on the fact that Toronto was thirsty. Kawhi did it and he something that had never been done, the fans are happy and grateful and that’s why they have peace with it” – Ogwumike

“It’s leave OK. It’s cordial, but they would have loved for him to stay because they did everything under their power. There’s nothing you could say Toronto did wrong” – Elhassan

OTD in 1999 – Penny Hardaway with the no-look alley-oop pass to Shawn Marion who throws it down hard on the Nets!

Who did it better: Tacko Fall or Manute Bol?

Should all players be as polite Chris Boucher?

How smooth is Jokic’s “Smitty”?

Is this a double dribble by Kyrie?

“I don’t think it was a double dribble. We give him the benefit of the doubt” – Ogwumike

Hayward’s injury change expectations for Celtics?
Suffered a broken left hand on Saturday vs the Spurs

“This really changes expectations because they’re so top heavy on their team. I expect them to be at the 2 spot or 3 spot” – Ogwumike

“This does change expectations because he was playing well. The good thing for them is they still the luxury of Brown and Tatum who are able to step up and do more. If there was ever a team that could survive something like that, it’s the Celtics. But we feel bad because you know Hayward fought so hard to come back to this point and now it’s kind of feeling like going back” – Elhassan

“Kemba will probably take more of the offensive load” – Ogwumike 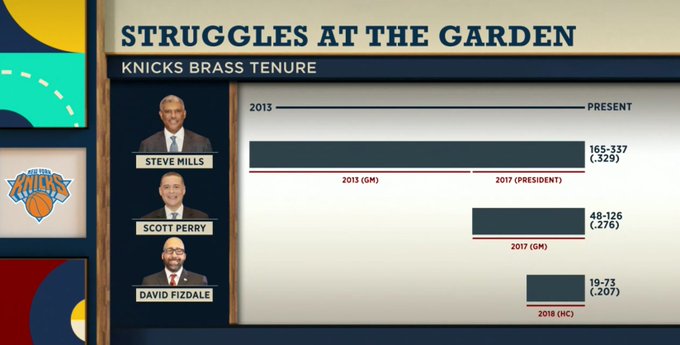 “If I’m a player in that locker room, I have a lot of questions just because you don’t want that type of transitional energy going around your team, especially when you’re fighting for wins. It’s not necessarily about playing hard, it’s about playing well. But balance is the issue. You can’t point to the roster and say this is all coach Fizdale’s fault. He’s only been there 2 years. It’s decision making. They’re trying to get ahead of a situation [Porzingis return to the Garden Thursday], instead of stay behind it and that’s unfair to the players” – Ogwumike

“Even if it was Fiz’s fault, this is not how you handle it. To see those guys [Scott Perry and Steve Mills] do that, I feel like that comes when you’re under pressure from someone else, someone who controls your destiny. I don’t think there’s any one person to blame other than at the top [ownership]” – Elhassan

Hayward will undergo surgery in New York this afternoon, a timeline on his return will come after the procedure, Bartelstein of @PrioritySports tells ESPN. https://t.co/sAEud7CXTL

“This is a tough loss just for Gordon Hayward, personally. But I do think the Celtics can absorb this loss” – Ogwumike 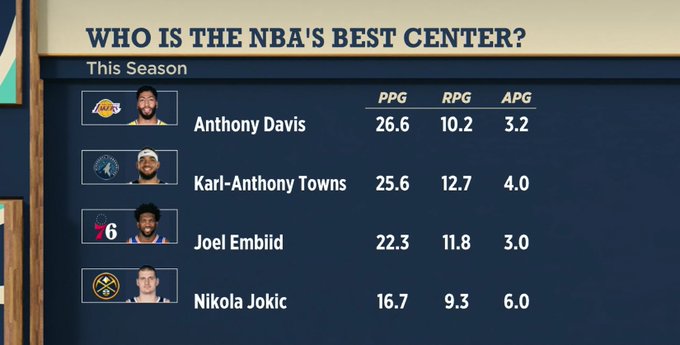 “Jokic is No. 2. AD is No. 1 to me. While Jokic might be the most empowering center (passing the ball extremely well) and the crux of their offense, Davis is just dominant. He changes the outlook of games right when he touches the floor” – Ogwumike

“I got Joel Embiid. He and Jokic are equal defensively. But Jokic at best still needs improvement [on the defensive end]” – Elhassan

Amin’s top Centers in the NBA:

Via the Brian Windhorst and the Hoop Collective Podcast (Bobby Marks):

Here are the finances on the Dion Waiters 10-game suspension:

“There’s a chance [he could put a Heat uniform on again]. But the reality is this: They’re not good enough to tell him to go away and he’s not good enough of an asset right now that you can trade him away without adding anything that you like to get him out of there. This is a culture at work: Zero tolerance” – Elhassan

OTD in 2012 – Rudy Gay crossing up LeBron James with the behind the back dribble and finishing with the nasty dunk!

“We expect above the rim from him” – Ogwumike

Thank you to our service members!