Brian Windhorst (Second Half only):

Monologue: Load management aside, it was an eventful night at Staples

Are you sold on Bucks?

“What? Been sold on them to come out of the East because of Giannis, surrounded by all the shooting that he has, they have a deep bench, they play solid defense, Kawhi is not in the East and KD is out this year” – T-Mac

“It’s the Bucks and Philly. The thing that the Bucks have is a closer [Giannis]. That’s something that Philly doesn’t have” – Jefferson

“If Giannis can continuously knock down threes, midrange shots, they’re going to win the championship. It’s over for the league!” – T-Mac

“The X Factor with them is Eric Bledsoe” – Nichols

Do you wish load management existed in the 2000s?

“Yeah. I averaged 40+ minutes in Orlando. Those four years [in Orlando] not having Grant Hill and having to do so much for a franchise took a toll on me. But there’s no way I was going to take load management when a Kobe, AI, Paul Pierce and Vince Carter coming to my building” – T-Mac

“I took pride in playing every single game. If you get an opportunity to play in 82 games, that was something that most NBA players, and I think today it still is, would want” – Jefferson

OTD in 2005 – Richard Jefferson driving to the basket and dunking over Alonzo Mourning of the Miami Heat!

Russ tell JA to stop trying to dunk on everyone?

Monday vs the Rockets:

Opposite of what happened to Von Wafer?

Perfect mashup of Dirk and Melo?

“If Embiid does that, he could be the closer” – Jefferson

Most impressive non-flinch since Kobe?

“There’s some positives to take from this: Don’t do it again. This is a game that they should learn from. You can’t allow that [losing to the Bulls at home] to happen” – T-Mac

“He can use this as an example moving forward. In that moment, there was nothing positive. I agree with him” – Jefferson

“Nope. They’re in the Eastern Conference. Al Horford and Joel Embiid will carry the load. I don’t see him missing a significant amount of time. It’s on his non-shooting hand” – T-Mac

“My only issue is how he injured it. That was a move we see him do often. I don’t think missing time is going to affect them, but that injury could” – Jefferson

“Their backup PG situation is not great. Short-term it does affect them. Shoulder injuries heal slowly” – Windhorst

“There’s going to be an adjustment period” – Jefferson

“Short-term, Landry Shamet will go to the bench and Paul will go into the starting lineup. I expect them to monitor his minutes early on” – Windhorst

“From a defensive standpoint, adding Paul George into this lineup with these guys, it’s going to be phenomenal to watch. I see them shutting teams down to like 85-90 points every night” – T-Mac

“He is going to be very comfortable in the role he has with Kawhi. I don’t see them clashing. The personality and who Paul George has sort of modeled himself after [Scottie Pippen], he’s going to slip right in, chemistry-wise, with those Clippers” – Nichols

James Dolan being urged to sell shares of Knicks? 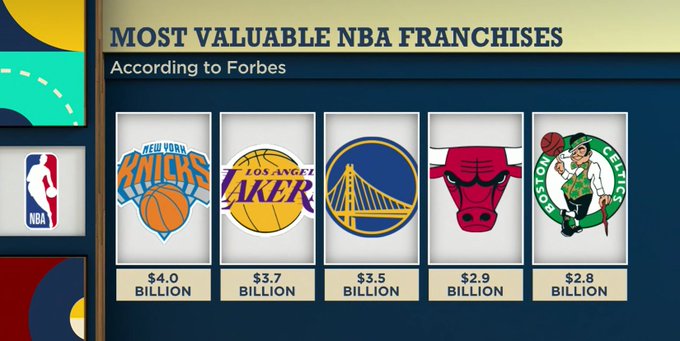 What version of Zion do you expect upon return?

“He’s going to be aggressive. But he’s literally going to have to spend his entire career trying to shrink his body” – Jefferson

“There’s a risk of having further injury. The Pelicans are working their tails off on trying to figure out what they can do long-term to try to lessen the load and make sure he doesn’t have more knee injuries” – Windhorst

OTD in 2005 – Vince Carter with the iconic poster dunk on none other than…Alonzo Mourning!

More to prove vs former team: Kemba or Scary Terry?

“Scary Terry has some pressure on him. Devonte’ Graham is more productive than him” – T-Mac

“Scary Terry. Just because how he left Boston. He has more to prove” – Jefferson

Tyler Herro: “All I watch is Devin [Booker]” (Per Anthony Chiang/Miami Herald)