Most encouraging part of Suns turnaround? 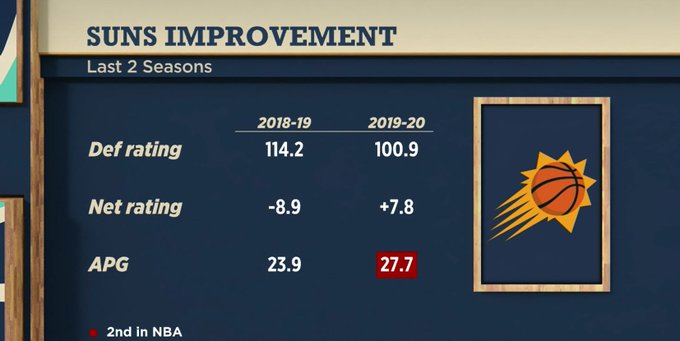 “I’m just happy that James Jones (GM) has selected a guy like Monty Williams to come in there and change the culture around. He’s always speaking positivity and I can see this on this team. There’s a defensive presence there. I like where they’re going” – T-Mac

“Getting Monty Williams was one of the biggest free agent signings in their recent team history. When you watch them play, you see more defensive accountability. I talked to some scouts who said that their level of talking on defense are ‘off the charts.’ Monty Williams wants them to throw 300 passes a game” – Windhorst

So damn happy for these guys man. Fought like hell for 48 and got that W! First one in #chasecenter for the good guys…Keep going 👊🏽💪🏽 @warriors

Paschall on opportunity with Warriors: 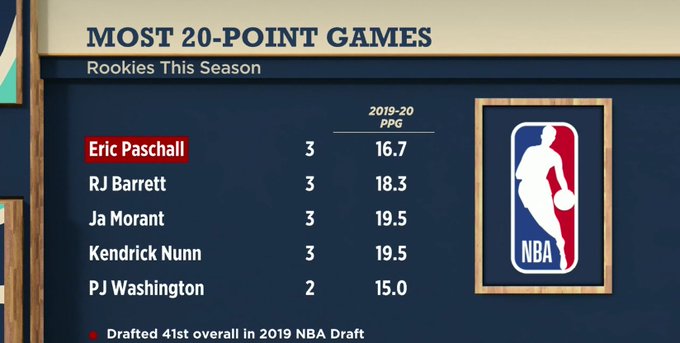 “They hope so. The Warriors have pivoted. They realize that this season is now going to be about development. One of the reasons why they are so thin [with their depth] is because they haven’t had a stock of young players to replenish it” – Windhorst

“Before this kid had 34 points [vs the Blazers], I knew I saw something [in him]. He just needed the opportunity. He’s not afraid to take midrange jumpers” – T-Mac

OTD in 2010 – Kobe Bryant with the nifty no-look pass to Pau Gasol who slams it home!

What advice do you think Russ gave JA?

Did Capela sneeze in the middle of this shot?

Was Booker’s flinch a troll?

“Next time I see Al, I really got to ask him about this. I was his teammate in Atlanta and I never noticed this” – T-Mac

What happened to Lonzo here?

“This has happened to me before. I bet he had like cramps in his calves” – T-Mac

Was this a walk?

“It doesn’t look right. It’s got to be a travel” – Windhorst 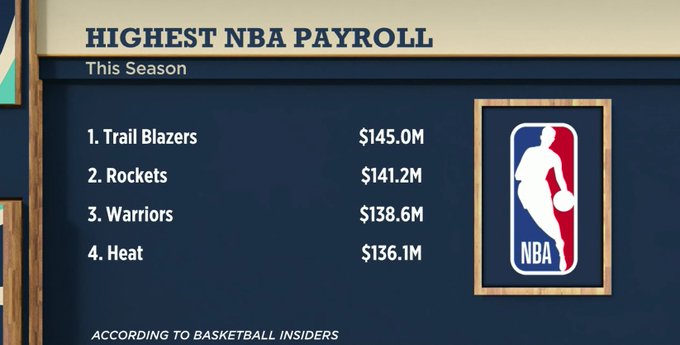 “I don’t measure it like that. The biggest key: Nurkic needs to get back because he provides a lot more offense in the interior and defensive presence as well” – T-Mac

“This is an opportunity year for the Blazers. I see them more doubling down as opposed to pulling back” – Windhorst

Do Blazers need to make a trade?

“When I talk to executives, they know are going to be active in the trade market as the season goes on. What they really need is forwards. Watch for Danilo Gallinari and Kevin Love. Gallinari is more acquirable than Kevin Love” – Windhorst

AD speaking to students from his own high school that he attended:

“Really? Really and go punch in a clock in Chicago? He’s just giving the kids of Chicago a little bit of hope. He’s not going anywhere. From a basketball standpoint, it doesn’t make sense” – T-Mac

“Officially, Anthony Davis has not guaranteed the Lakers that he will re-sign and the Lakers have not offered him a contract because that would be tampering. Having said that, he will be re-signing with the Lakers on a 5-year max contract” – Windhorst

“I fully expect Anthony to re-sign with the Lakers. I don’t expect him to sign in Chicago” – Nichols 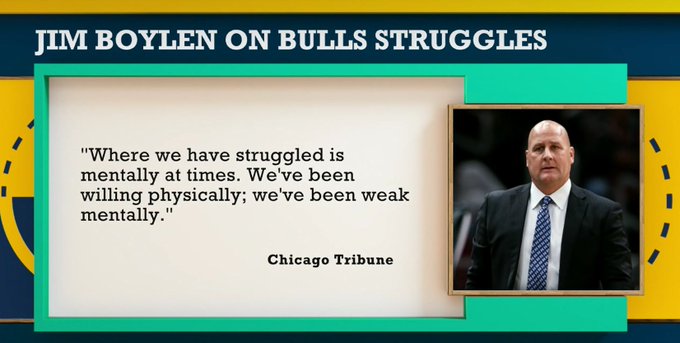 AD defending his hometown of Chicago as the best basketball place in America: 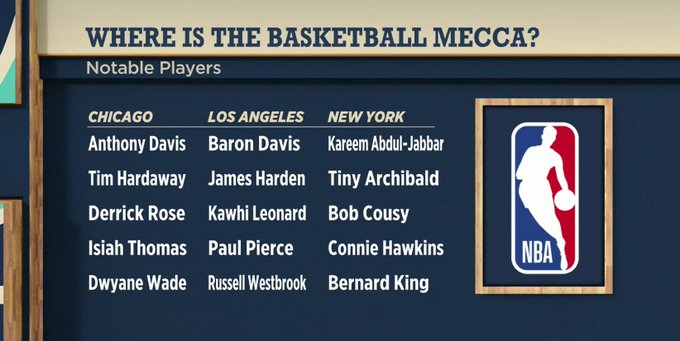 “Today, LA is the hub of basketball. Historically, New York and Chicago both have great legacies. I think Akron’s pretty good” – Windhorst

“New York. But Seattle has some great talent too” – T-Mac 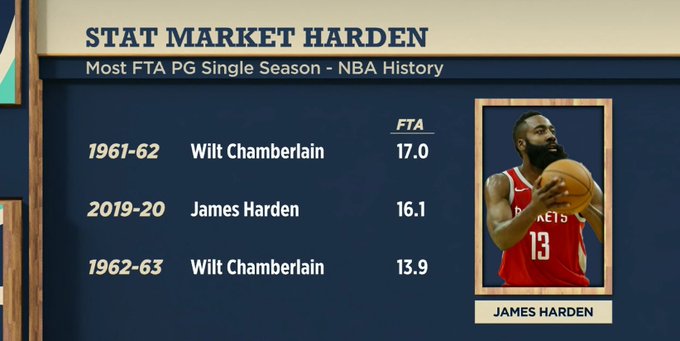 “Buy. This is who he is. He’s manipulated the system. It’s elevated this year” – T-Mac

19.4 – Drummond RPG: Buy or Sell?
This is a contract year for Drummond 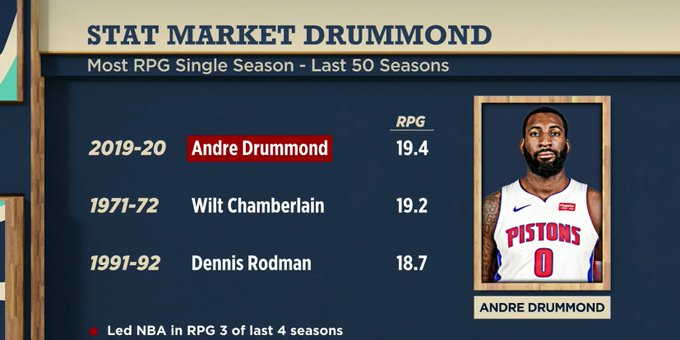 “Sell. If you’re near Wilt Chamberlain, I don’t think you’re staying there” – Windhorst 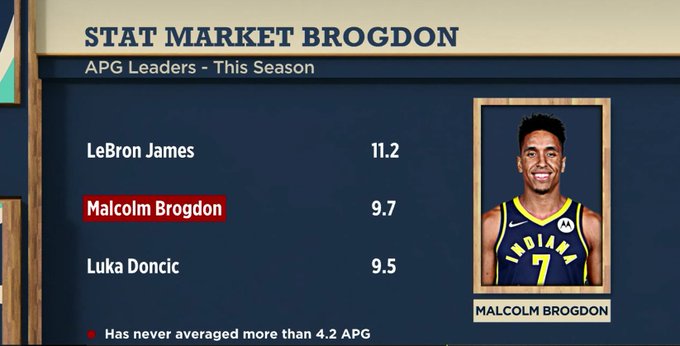 “Sell. Oladipo has not played yet. His production is going to tailor down a little bit when Oladipo comes back” – T-Mac 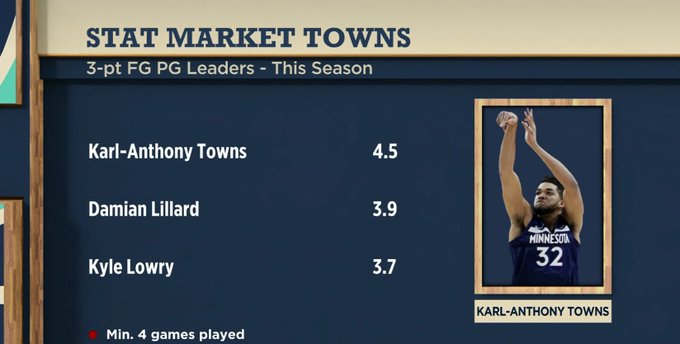 “Sell. He is now playing a much more modern style. He’s going to shoot a lot of threes. There will be a lot of nights where he does make four [3s]” – Windhorst

“Sell. In order for the Timberwolves to elevate to a level where they can be competitive against anybody, he has to be in the interior. The all-round game is what I want to see” – T-Mac

OTD in 2004 – Manu Ginobili driving to the basket and throwing it down hard on the Lakers!

No. 1 Pick?
No. 1 prospect James Wiseman’s college debut
Projected to be the No. 1 overall pick in the 2020 NBA Draft (Per ESPN NBA Draft expert, Jonathan Givony)

“I looked at some odds that casinos are putting out and Wiseman is less than even money as the No. 1 pick. They really think he will be. LaMelo is 6-1 [odds]” – Windhorst

“That’s not worthy of an ejection” – T-Mac

Will Pelicans regret not extending Ingram?
Recorded a career high 40 points in a loss vs the Nets 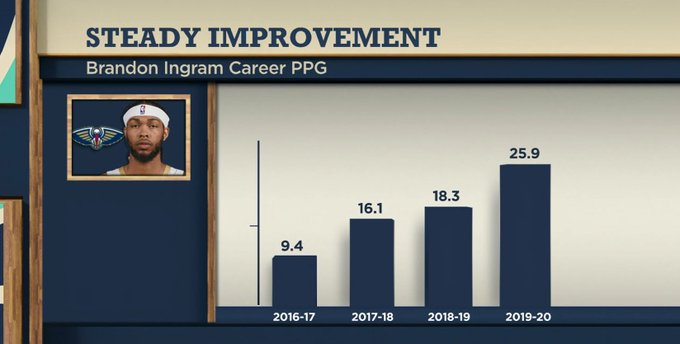 “From what I’ve been told, there wasn’t really significant talks about it. Both sides realized it’s not the time to make a deal because of that blood clot. He needs the ball in his hands” – Windhorst

“They should have signed this kid. He’s in his 4th year. I expected to see this player: Knowing who they are. With Zion out, he has great opportunity. Do not let this walk out the door” – T-Mac

“That’s a huge blow. Make it happen this time: Missed out on Melo, don’t miss out on Gallo” – T-Mac