A historic ring for a historic accomplishment. #WeTheNorth pic.twitter.com/IZdkXQTj4B

I don’t know how to put this in words. Thank you to the greatest organization in sports for how much they care about their fans. I accept this championship ring on behalf of every @Raptors fan across the globe. Words do not express what this means to me. pic.twitter.com/iA5VE10V1K

Making his first EVER appearance on The Jump is First Take’s:

T-Mac: Something
“His offense has caught up to his defense. I’m not surprised by this. This is who he is now”

“We’re seeing him at the height of his power” – Nichols

“I don’t think this is anything. LeBron was trying to figure things out. He was deferring a lot and very passive. He’s done that in the past with some of his newer teams” – T-Mac

Windhorst: Everything
“They have probably had the least amount of practice time of anybody in the NBA. It felt like they were practicing in this game”

Norman Powell’s shot at end of regulation was ____

T-Mac millenniums reason for Ingram’s strong game?
Had 22-5-5 vs Raptors

Dudley is built like an algebra trig teacher but you better not leave him open.. Lol

“You better not leave him open” – T-Mac

OTD in 2004: Jalen Rose with the lob pass to Vince Carter who finishes it hard at the basket!

Embiid’s goals for this season realistic?

“2 of the 3 is reachable: MVP and DPOY. They will be top 2 in the East. He’ll be the leader of this team, but I don’t think they’ll win the championship” – T-Mac

Draymond on fallout from altercation with KD:

Via The Woj Pod:

Could Draymond-KD altercation have been handled differently?

“That’s maturity from Draymond. I got nothing but respect for Draymond manning up and going to KD and apologize” – T-Mac

“If there was no apology, it w probably would have been physical” – T-Mac

“I’ve been with Bob Myers my whole career. He’s someone I admire and respect. I’m not surprised on the relationship Draymond Green has with because Bob is just that type of guy” – T-Mac on his former agent

“The offense was a little clunky. You can tell that they’re trying to figure out how to use Anthony Davis” – Lowe

“It’s ticking, but it’s less dire for Milwaukee if he doesn’t sign it. There’s more of a chance he might actually stay another year and then re-sign a regular contract” – Lowe

“Giannis would be leaving 5 years, $253M on the table. There’s no way in hell he is turning that down on a team that’s been competitive in the Eastern Conference for the last few years” – T-Mac

Heat will finish 3rd in East

“I just like this weird, big, strange Heat team. Jimmy Butler is the best player on that team. I like their mix of size and defense” – Lowe

“My three teams are Philly, Milwaukee and Boston. But not Miami” – T-Mac

“I think the Celtics will be a good regular season team. I do have concerns in the playoffs” – Nichols 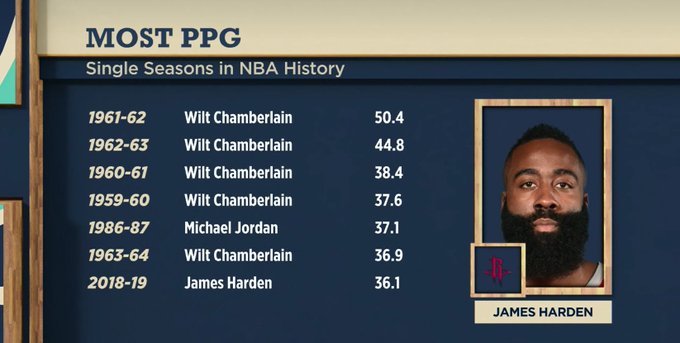 “I am standing by that. He has that ability because of where the game is at today. The system is tailored made for  this guy to put up numbers night in and night out” – T-Mac

“Westbrook is going to demand more of the ball, more of the offense. I don’t see how he could average 40 playing with Russ” – Lowe

OTD in 2013: LeBron bouncing the ball to D-Wade, then bouncing it back to LeBron who slams it home!

Banged up Blake
Can Pistons hold the fort with Blake out?
Out until November

LeBron on Clippers: “It’s not a rivalry”

It’s not work if you love every second of it. #LakeShow pic.twitter.com/M6x07IXmhJ

“I’m disgusted by that comment from LeBron. You respond with a passive performance on the offensive side of the floor. I don’t want to hear that” – Smith

“It’s definitely a rivalry. You got to accept that challenge and in this game, he didn’t accept it” – T-Mac

Kyrie on Nets: “It was an easy decision I was coming here regardless”

Stephen A. after the Knicks were brought up: