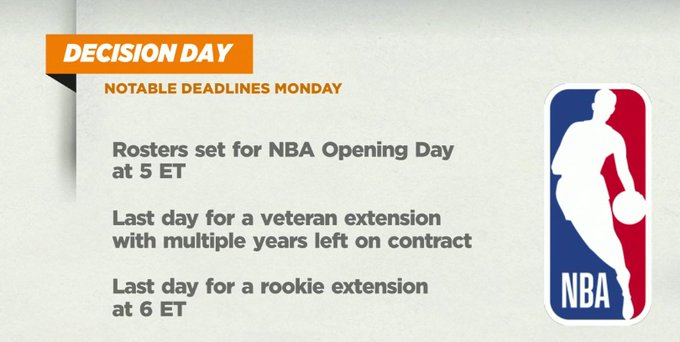 Pascal Siakam agrees to 4-year. $130M extension with Raptors | Sold on him as a “max player”?

“I’m driving the bandwagon. I am sold. He’s going to score more this year and he has a chance this year to make All-Star, All-NBA and All-Defense. That’s how good he can be. I also think without Kawhi this year, he has a chance to average 20 points a game” – Lowe

“Toronto has to be invested in this. He fits with what they’re doing” – Wilbon 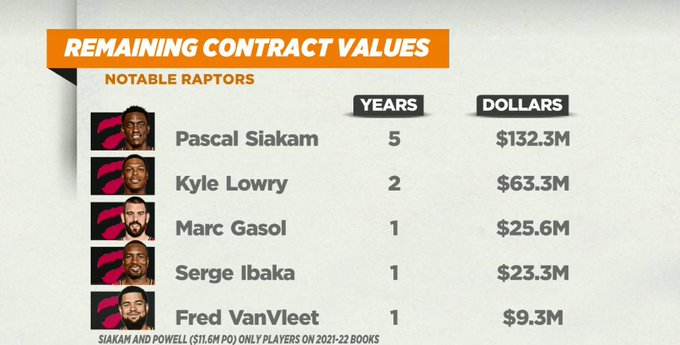 “It’s the summer of 2021 [free agency]. It doesn’t really impact them at all. If I were a star free agent, I would look at Pascal Siakam as exactly the guy I want to play with. He’s unselfish, he defends every position, he is at his best a great second or third option” – Lowe

“I have Toronto in the middle of that Eastern Conference pack. They’ve got the guts of a championship team” – Wilbon

Woj: Quin Snyder agrees to long-term contract extension with Jazz | How high should expectations be for Jazz fans?
Coach Snyder had two years left on his old deal 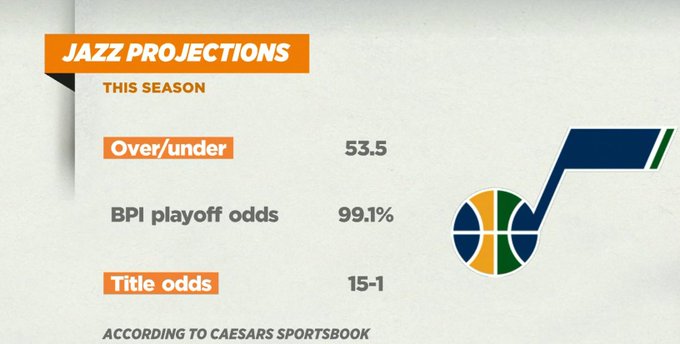 “They are the most overlooked team. People forget about Utah. Quin Snyder seems really suited to the group he’s got now. This is the best chance and the best team they’ve had since Stockton and Malone” – Wilbon

“Dream big. I think they’re a championship contender. This team has the talent and the structure to be a very good offensive team and defensive team” – Lowe

“My only question about them is: How do they defend fours (PFs). I think that’s the only Achilles heel” – Sedano

Safest bet to win the West? 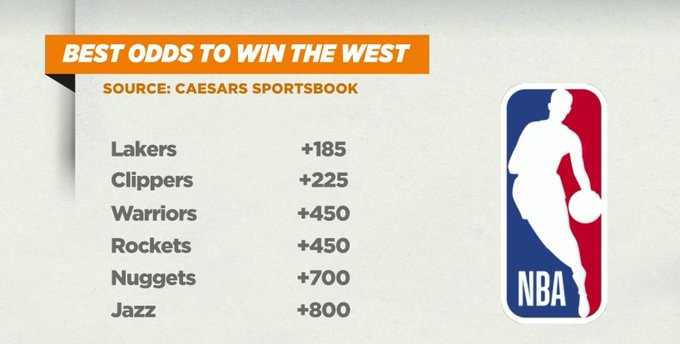 “Clippers. They are the best team in the NBA, top to bottom” – Lowe

“I think the Nuggets are going to be the No. 1 seed in the West at the end of the season with their continuity and their depth. They have the best homecourt advantage in the NBA” – Lowe

“I talked to people who told me that Michael Porter Jr. is going to be a guy that they project, by the end of the year, will be able to come off and do so many different things, if he’s still coming off the bench, then he can have nights where he score nearly 30 points, being involved incredibly defensively. I’ll go with Denver at No. 1. Too deep at every position” – Wilbon

October 21, 2003 – Vince Carter bouncing the ball to himself and then finishing with the nasty windmill dunk vs the Bulls!

PG is the night king for Halloween?!

Will KCP second guess this kind of shot next time?

Should LaMelo Ball be a top 5 pick?

Astros going to World Series a good omen for Rockets?

Threw up the, ‘Show me the money’ hand sign to Kings GM, Vlade Divac:

“They both did. For Sacramento, that’s a good number. This seems to be a really smart decision” – Wilbon

“Kings. Hield probably forfeited a little more upside than the Kings did. It’s hard to turn down $94M” – Lowe

“There are four guys in the entire history of the NBA who have attempted, in any season in the NBA, more than seven threes a game and hit more than 42%: Steph (Six times), Klay (three times), Ray Allen and Buddy Hield (Once)”

“It was smart to get this deal done now. You have to lock this group up and let them grow together” – Sedano

What about Bogdan Bogdanovic’s extension?

“His extension can happen at any time during the season. The most they could offer is 4 years/$51M. I would absolutely be blown away if he takes that deal. I think he hits free agency next summer” – Lowe

Buying Pelicans optimism on Zion’s injury?
Lonzo Ball says he’s “confident” the Pelicans can hold down the fort until Zion comes back

“Not really. I’m not buying any great optimism, but I’m also not being pessimistic. We don’t know, and I don’t even think they know, enough about Zion’s injury to be extreme in any position. Let’s see how this plays out all year” – Wilbon

“The injury being unspecified is interesting. It would be an unbelievable story that they traded AD and made the playoffs this year. But this team is not about 2020. You do not rush this guy back to be the 8th seed” – Lowe

“If they were to make the playoffs, that’d be a pretty darn successful season” – Wilbon 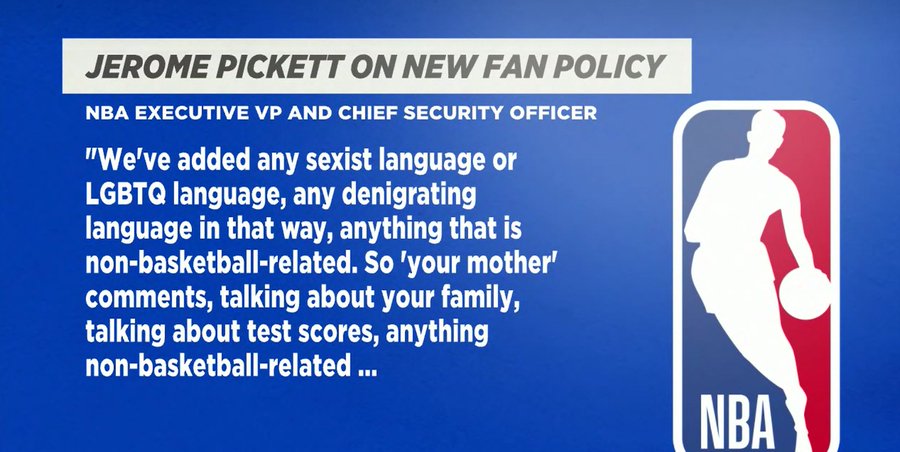 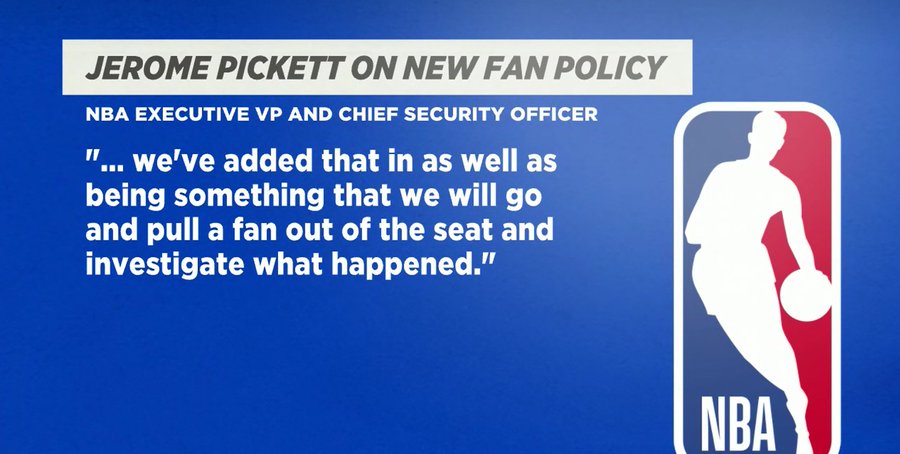 Players being treated unfairly in aftermath of Morey’s tweet?
On ESPN’s “Get Up”, Commissioner Adam Silver he believes it’s unfair to criticize LeBron, Steph and other NBA players who chose not to speak out about human rights issues in China and Hong Kong in the aftermath of Daryl Morey’s tweet

NBA season preview for all 30 teams on ESPN

Dion Waiters suspended (Conduct detrimental) for the home opener | Dion Waiters future in Miami in jeopardy?
Has expressed displeasure with his current reserve role on the team

“His future is in jeopardy. I just don’t know, if they decided to trade him, what his market would be. It’s not looking great right now. The health has really been the issue” – Lowe

“There’s no great value for Waiters in Miami” – Wilbon

“He clearly was not happy with the way that his whole injury was handled by the Heat. But they’re not happy with him because he is a disruption at this point” – Sedano

Trade talks?
Domantas Sabonis on trade block?
The Athletic reports that Indiana was in active trade talks with several teams

UPDATE: After the show ended, per reports, Sabonis has agreed to a 4 year, $79.4M contract extension

Woj: Jaylen Brown has agreed to 4-yr/$115M extension with Celtics 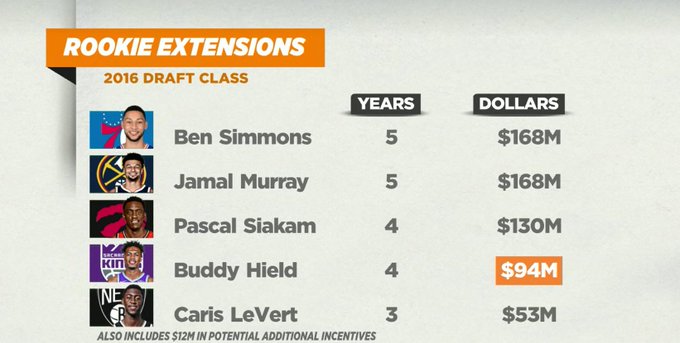 “My question is: Is he ready to be part of a team that goes back to where the Celtics were 2 years ago and not where they were last year? And how central is he going to be to them?” – Wilbon

Expectations for Celtics this season?

Doc: No minutes restrictions for Kawhi vs Lakers 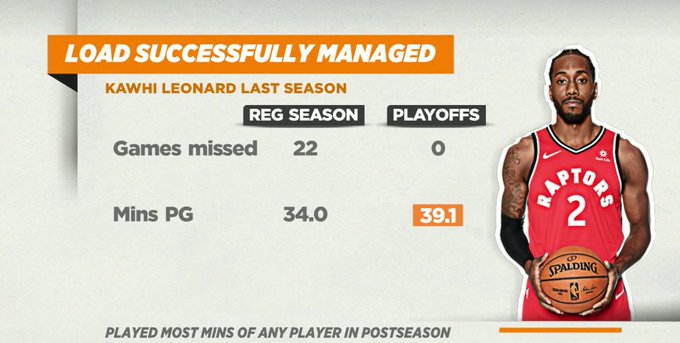 Under more pressure in the opening night game: Lakers or Clippers?

“Lakers are under the most pressure. Expectations. It’s always on them. I don’t mean on LeBron. He has no pressure to me. His legacy and his reputation is set in stone. The Lakers are under pressure this season” – Wilbon

“Paul George isn’t playing. Lakers should win the game. If they start 1-4, it’s going to be def con 1 immediately” – Lowe