Monologue: How many teams have a realistic shot to win it all? 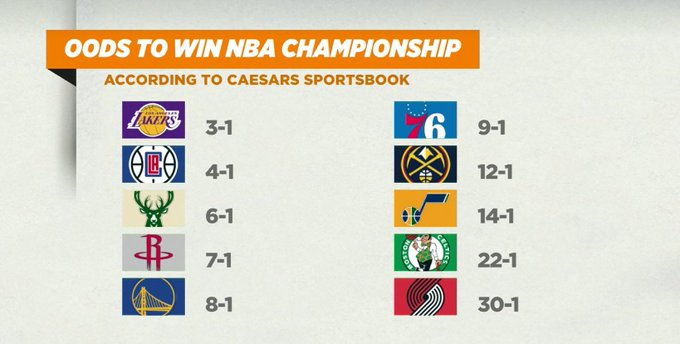 “Realistically, you look at the Clippers, Lakers, Rockets are clear cut, then you go in the East and you look at Milwaukee and Philly. But I look at Utah. That’s my darkhorse team. They are deep, they have all the pieces that they need as far as defensive presence, shooting and the point guard position” – Perkins

“My real pick to win the title: Denver Nuggets. Sleeper pick: Portland Trail Blazers. A lot of people are overlooking them and they do it every year: they prove us wrong – Elhassan

“I think it’s an unprecedented number of teams this year to think they can make it. They have given up a lot of draft picks and have mortgaged part of their future on the fact that they think they can make it which is why I also think that we’re going to have one of the super most active trade deadlines we’ve had in a long time because not everyone is going to come out of the gate the first 3 or 4 months” – Nichols

October 16, 2004 – Tyson Chandler, then with the Bulls, finishing the one handed putback dunk vs the Cavs!

Better move by a rookie?

Is everyone on the 76ers an elite defender?
Norvel Pelle (Sixers) recorded 5 blocks in just 12 minutes vs the Pistons

Think Boban has a future in golf?

Cavs preseason struggles a sign of things to come?

“I’m not worried, I’m confused about what’s really going on over there. I’m trying to understand what direction they’re going in. I did speak to someone, I’m real close to with the organization and they’re not tanking. They’re trying to find their identity” – Perkins

“This roster is horrible. There’s a learning curve there. They’re not going to win 20 games playing like this” – Elhassan

“Absolutely not. He’s not changing for anybody. The Rockets are going to have to adjust to him. You have to build around him” – Perkins

“This is why I’m not high on the Rockets: These pieces and the system don’t fit” – Elhassan

“This is probably is the most dynamic backcourt (Harden/Russ) that we’ve ever seen in league history. I don’t see how it won’t work” – Perkins

“For this thing to work, one or both of these guys are going to have to change their games significantly” – Elhassan

“The Woj Pod” with Hall of Famer, Doris Burke 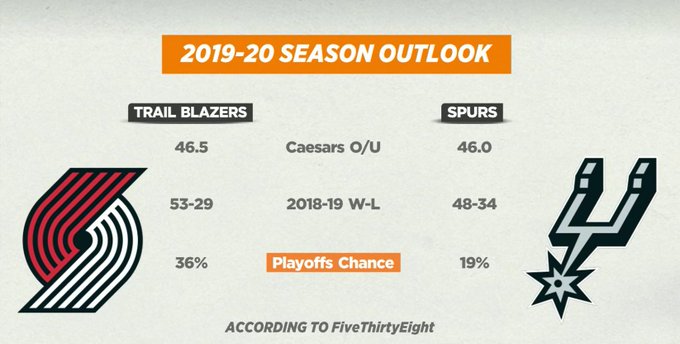 Perkins: Spurs
“I’m riding with CJ and Dame over LaMarcus and DeMar. They [Spurs duo] haven’t proved to me that they’re going to step up in clutch moments”

Elhassan: Neither of them 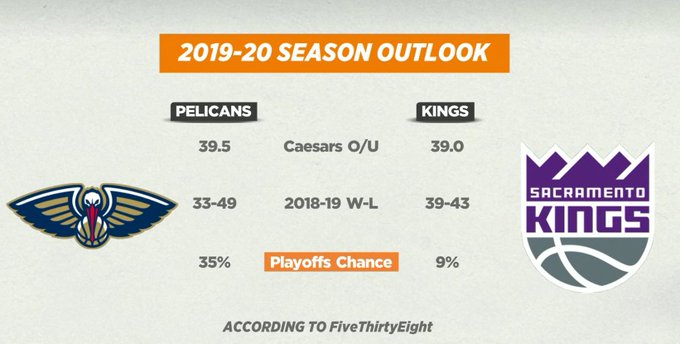 Elhassan: Pelicans
“They are a complete team. They got the best player [in Zion]”

Perkins: Kings
“They are a little more experienced than the Pelicans are” 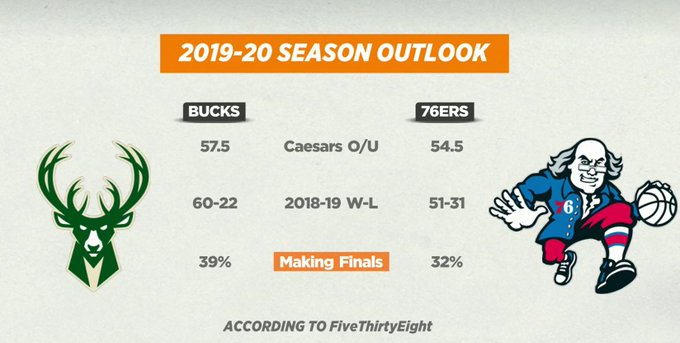 Perkins: Bucks
“They play both ends of the court and they’re well-coached”

Elhassan: 76ers
“The way they went out last year really stuck with Embiid. He changed his diet and changed his approach. I think he will be MVP this year”

“I raised G-Green. Rockets are going to miss him” – Perkins

Via Jason Anderson of The Sacramento Bee:

“I don’t want to rush anything” – Bogdanovic