Chiney Ogwumike (Second Half Only):

Who will be the next big man to sink a 3?

What happened to Maxi Kleber here?

can somebody find the video of @MaxiKleber layup? so i can post it … thanks people!😂😂

Should JA save some of these moves for the regular season?

“I love it because he got to practice it in preseason because he’s going to do it in the regular season, he’s going to have the ball in his hands and this kid is special. Show it off” – Perkins

“Best handles is such a interesting part of NBA fandom. Everyone loves Kyrie Irving, Steph [Curry] just for that part of their game, let’s add JA Morant to the conversation” – McMenamin

Porzingis still getting the rust off?

“I expect them not to make the playoffs. I’m not high on them at all. That was the complement that I heard from anybody about Rick Carlisle. Former players that I’ve talked to that played for him, they never say anything good about him” – Perkins

“They should be in the conversation for that 7th or 8th seed. They got to have their health to be there, but the thing that concerns me is Luka Doncic was lights out last year, but he was a rookie and teams now have a chance to scout him better, they know what he’s about. Unless he diversifies his game and finds a new wrinkle as a sophomore in this league, I’m not so sure they have the rest of the pieces around it on a night where Luka’s off or still rounding into form, who’s going to be the guy to lift them on that night” – McMenamin

Keep in mind: Herro is anointed as “The greatest shooting guard in the history of the game” (Per Deadspin)

Ogwumike: Something
“He’s someone to keep an eye on. If Zion wasn’t in this class, he could be like a Rookie of the Year candidate”

Perkins: Everything
“He’s been delivering so far. Ever since summer league, he’s been producing”

McMenamin: Something
“Can’t be everything because they still got my guy Dion Waiters. He needs some minutes at SG for the Miami Heat. Comeback year for Waiters”

Kerr after the preseason loss to the Lakers:

“You talk about fouling over and over again, keep saying we have to defend without fouling. It’s just really, really frustrating. If we don’t get that cleaned up, we’re in huge trouble this year. We know that”

Perkins: Everything
“It’s a great job by Steve Kerr [to call them out]. They cannot get off to a slow start in the West. They lack in those areas”

Ogwumike: Everything
“There’s a huge liability for the Warriors and it’s always been the case over their tenure, this modern championship run: They have a liability at the center position defensively”

McMenamin: Something
“Steve Kerr has to make sure this group is not complacent. They can’t just get through games and win the way they did the last 5 years”

Nichols: Something
“The Warriors have lost a ton of defense. Steve Kerr is right. It’s not just a sloppiness, they have a talent issue where their talent defensively is not what it’s been the last few years”

McMenamin: Everything
“They’re even better because the regular uniforms are so trash”

Ogwumike: Everything
“It’s cultural. This is exactly what the Clippers wanted. I stand for this”

He has been nursing a stress reaction in his left ankle

McMenamin: Something
“When we first heard about this stress reaction, people we’re estimating he could miss a month, two months. I think he’s much closer in range to being there on opening night than Christmas”

Ogwumike: Nothing
“He needs to take his time to get back”

Perkins: Everything
“He’s the most critical piece outside of LeBron and AD, if not more. He has to prove himself when it matters the most. He needs to get into that rhythm”

“We are going to come from the underground and just find ourselves in the playoffs if we continue to do what we’re doing. Keep sleeping on us” – Towns 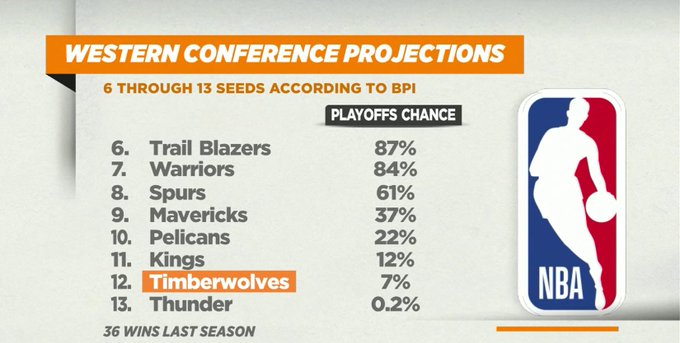 “It’s going to be hard work and it has to go through KAT. They have to step it up defensively” – Ogwumike

Julius Randle on All-Star Game: “It’s a goal of mine” (Via Howie Kussoy/New York Post) | Realistic to think he could be an All-Star? 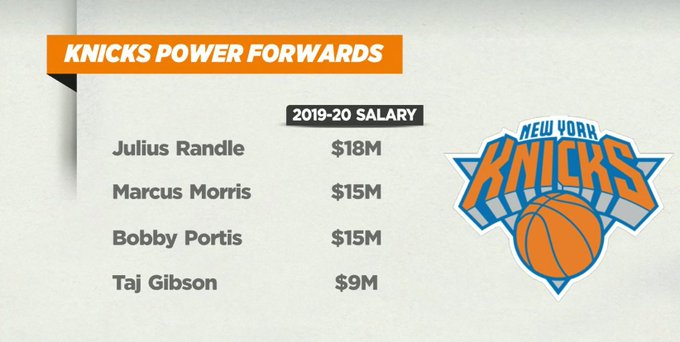 “If the team has success and he’s doing well, there’s no way that he won’t make the All-Star game in the West. He’s one of my favorite players and I love that the Knicks picked him up” – Perkins

“People are sleeping on him. He’s probably the most proven player there. If they win more than 17 games, then maybe you get in the mix, maybe hit that 30 number. That’s the bar in New York right now” – Ogwumike

Season down under
How much stock are you putting in LaMelo’s season abroad?
Picked up his first win in Australia. Averaging 12 points, 5 assists in 31 minutes per game

Jason Garrett needs be on the Chopping Block also. What horrible first half performance by the Cowboys! Unacceptable!!!

Since the Golden State fans think I’m A hater and just taking up for KD then why didn’t the owner announce that IGGY Jersey would also be retired yesterday? He was just as valuable to that organization as KD! Iggy was the first finals MVP of their first Championship!

Can I ask what you do for a living? You using that Bum word like you wanna do something until this 6’10 300 pound frame pull up on you and I rub my fingers through your hair! Friendly 🤬