Preseason too early for load management?

“It’s never too early for load management. Get a head start on it” – Ogwumike

The Undefeated’s Marc J. Spears (Second Half Only):

Monologue: What’s next for the NBA in China?

Should Jokic try this in a game?

Was this pass to Ingram or Zion?

Tacko is No. 1 fan favorite in the league since _____?
Signed a two-way contract with the Celtics

“It’s a concerning marginally on two levels: The gap between No. 1 and No. 7 in the West is going to be really tight and you don’t want to be playing game 1 on the first weekend of the NBA playoffs on the road. The second thing, and this is kind of a Lakers thing, if he’s not around, it’s a team that’s vulnerable to chatter, too static. You want them to be situated and playing well in October” – Arnovitz

“It’s no problem. If it’s a thumb sprain, that’s something you can sort of manage. I think the other team in LA with Paul George, that situation is a little bit more worrisome” – Ogwumike

Doc says PG-13 to miss first 10 games
If this holds up, his debut with the Clippers would come November 13 vs the Rockets

What does PG-13’s absence mean for Clippers chemistry?

“Doc said he’ll know in a week’s time what the prognosis is going to be. Paul is looking good, he’s shooting good, but he’s not playing against anybody” – Spears

“I think the chemistry is going to be there largely because this is a good group. But as a hooper, you want to go against hoopers contact” – Ogwumike

“They can win games defensively, even without Paul George. I was talking to one NBA coach who said, ‘You know what? We’re going to see a lot of teams go in and play the Clippers and score 85 points this year'” – Arnovitz

Want to see more or less of Kobe’s game in Tatum?

“More and less. I don’t think Jayson Tatum is going to be as good as Kobe Bryant” – Arnovitz

“I want more Kobe. I want him to be more aggressive. He’s bigger, stronger now. And him being more aggressive also makes it easier for Kemba Walker to take the pressure off” – Spears

Agree with Zach LaVine on value of mid-range?

The Bulls analytics department wants LaVine to either shoot threes or attack the rack based on their calculations and trends across the league. He’s willing to accept their advice, but pushed back a little bit on the notion of what a good shot is 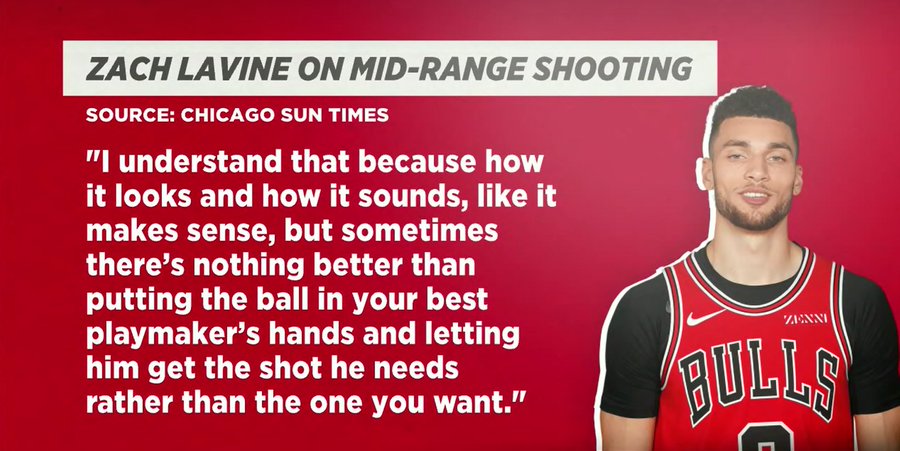 “It’s a question of impulse control for Zach. He takes a lot of stupid shots and it’s a reason they’re a bad team” – Arnovitz

“He has to be surrounded by shooters and he has that capability with Lauri Markkanen and Otto Porter. I’m sort of confused why he’s saying this because he’s a pretty good three-pointer shooter. I totally understand that tug of war. You have to take the right shots, but the right shots you have to really study and make sure you take them with timing” – Ogwumike 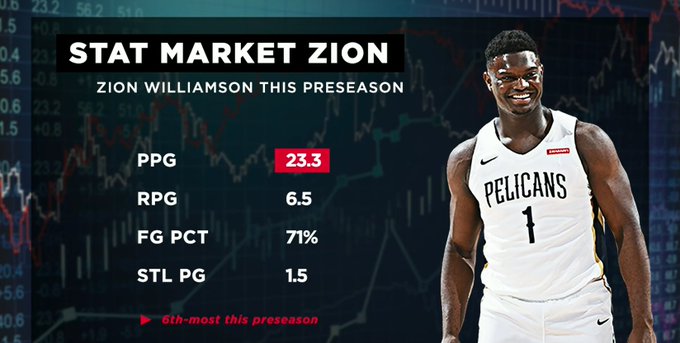 “Sell. 71% is like DeAndre Jordan, Rudy Gobert, guys who only take shots at the rim. He’s going to be all over the court. I suspect he’ll be in the low 60s and that’s really good for a guy who is as multi-purpose as he is” – Arnovitz

29.0 – Steph Curry’s league-leading PPG this preseason: Buy or sell?
Warriors coach, Steve Kerr says Curry is “at his peak both physically and mentally” 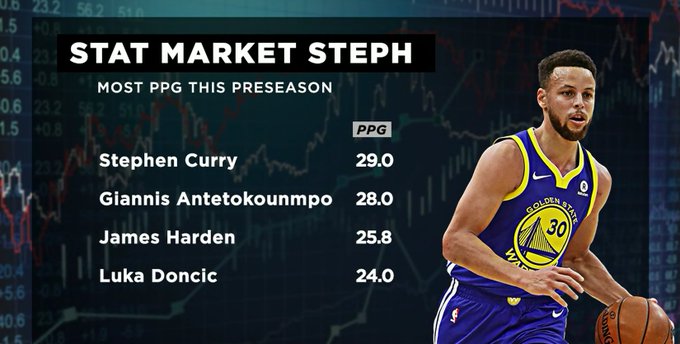 “Buy. He’s going to average over 30 [ppg]. I don’t think the Warriors are going to be drilling people [by as much]” – Spears

“Buy. He is going to lead the league in scoring and will be an MVP candidate” – Arnovitz 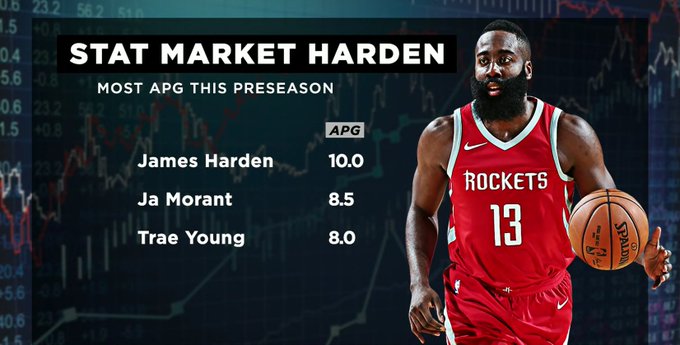 “Sell. Coming onto that roster is the league leader in assists and I just think Russ is going to have the ball in his hands enough that it will create enough opportunities for others that it’s going to be hard for James to really just lead the league in assists. I’m on the Trae Young wagon” – Arnovitz

“Buy. He’ll get the easiest assists of his career this season” – Spears