A reporter mentioned to Ben Simmons he's never made a three in an NBA game.

His response: “You’re right. I haven’t. But I’m an All-Star so.” (via @JClarkNBCS)pic.twitter.com/lXCKYWZIZy

Will pressure to shoot help or hurt Ben Simmons?

“I don’t think it’s going to impact him at all. He’s going to keep doing what he’s doing” – Jefferson

“For him, it’s about the playoffs. At some point, he’ll have to make a jump shot” – Elhassan

Except for this, Chris himself keeps insisting all of that is not true:

Expectations for CP3 in OKC?

“For him, this is opportunity to prove to other teams to show that he can still do quite a bit so that he can maybe make himself tempting for another team to bring in. He’s going to out there and play a great brand of basketball” – Jefferson

“It’s not the stats, it’s the involvement. Oklahoma City isn’t a bad team. This is a team that could make the playoffs in the East” – Elhassan

Lakers experimenting with LeBron at point, AD at center

LeBron responds with a game-tying 3, then Rondo gets fouled on the other end with 0.5 seconds left pic.twitter.com/Hpkiu9n9WP

The Los Angeles Sparks informed GM Penny Toler Friday that she has been relieved of her duties, a team source told ESPN. Coach Derek Fisher is expected to remain in his position next year, the source said.

Is this move more Kyrie or more Jamal Crawford?

With game on the line in the final minute, Gary Browne with a dribble and an insane spin move to secure victory for @dackabasket #7DAYSMagicMoment pic.twitter.com/FrJu4B9s9Y

I can confirm. I can also confirm this was my status this morning. The thought of being outworked was not one I enjoyed. Jimmy is setting a new standard and I love it. https://t.co/kdGlmPzpbf pic.twitter.com/2QcAltGewX

up and at em

Porzingis on RJ Barrett’s dunk wish: “I respect that”

🔥🏀 Kristaps Porzingis on RJ Barrett wanting to dunk on him: "I'm a shot blocker! One of the best shot blockers in the league" + jokes on shooting battles with Luka Doncic in practice 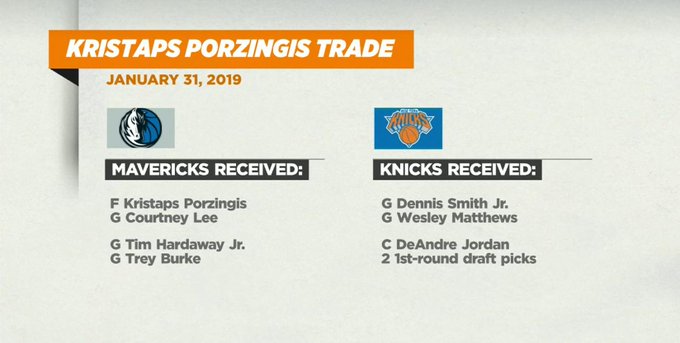 Luka Doncic ( @luka7doncic ) and Kristaps Porzingis (@kporzee ) had a shooting contest at @dallasmavs practice today .. both of them have swag 🌊😎 pic.twitter.com/5FTKB0CDYe

“I don’t think so. Once you have a process, if you’re a process-oriented team, you have to trust in it. The results may not be guaranteed in your favor. They’re in a place now with flexibility and assets where they can go after other types of players. Also, it’s not just Porzingis, it’s his medical issues and off the court issues” – Elhassan

“You want people that want to be there. They’re going to have to develop through the draft and collect assets” – Jefferson

“I don’t think we know yet. We don’t know what Kristaps is going to be” – Nichols 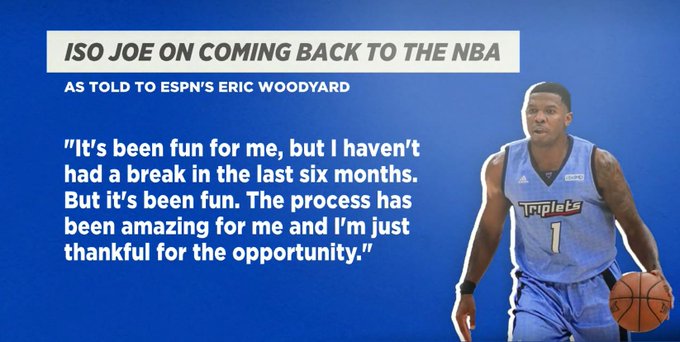 “He’s a situational player [for the Pistons]” – Elhassan

“Over. Even if Kyrie misses some games, I still think that they have talent that can help them win” – Jefferson

Believe change of scenery will help Fultz this season?

“Personally, I’m tired of hearing about change of scenery. I just want him to go out there and play basketball, whether the shot falls or not, whether he’s got a hitch in it or not, that shouldn’t preclude him from doing other things on the basketball court” – Elhassan

Expectations for coaches challenges in year 1?

“It’s a 1 year trial and test. We’re not sure how much the coaches will use it. We hope that it’ll be a tool that they can use to get a call right. They get one [challenge]. We want to monitor how it goes all season and then see where we end up. We think there’s a fan element to it. We want to see calls being right” – Spruell

How will “focus on traveling” impact NBA ball handlers?

“It’s all about transparency. It’s a window of time we wanted to increase [from 10 minutes to 30 minutes]” – Spruell