Should defenders be worried about Harden’s 1-legged J?

“If he can learn to make it consistently, I don’t know how you stop it” – Shelburne

“One big similarity: Both teams have the potential to be historically good defensively. This team could be an incredible defensive team and that’s what they have to build their reputation and their chemistry. One big difference: The 08 team had never won before. Kawhi Leonard has won [a title]. They’re all going to have to sacrifice because Kawhi and Paul [George] joining the team” – Shelburne

What’s the definition of success this season for Clippers? 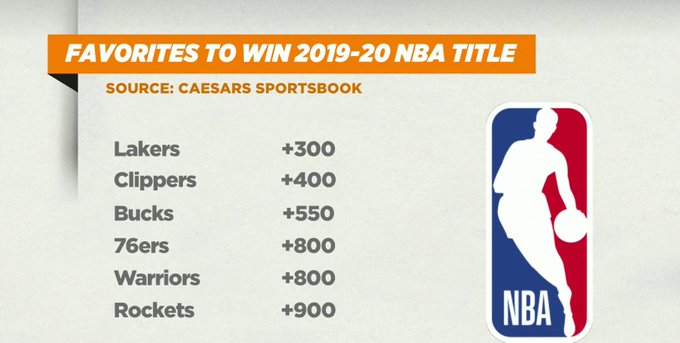 “Getting to the Western Conference Finals would be a successful season for them. The Lakers and Rockets stand in the Clippers way. I don’t think they’re quite ready to win a championship. It’ll take them two years” – Pippen

Expect Harden & Westbrook to earn triple-doubles in same game?
Harden recorded a TD vs the Shanghai Sharks, in the first half! 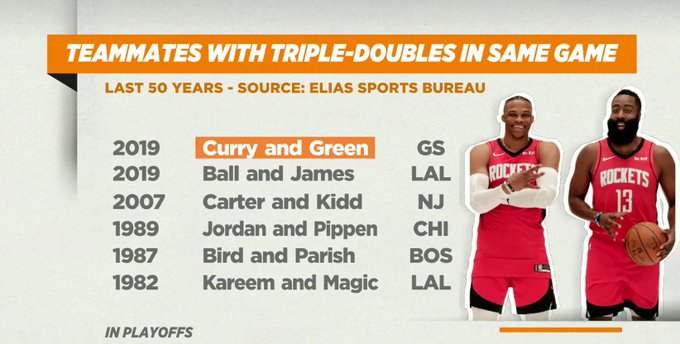 Was Zion expecting too much from himself on NBA 2K?

Should every team do this?

“He has a lot more to lose than they do” – Shelburne

Fultz on upcoming season: “I don’t take anything for granted”

Difficult for Fultz to regain confidence under spotlight?

“It’s going to be a difficult challenge for him. Being in this league, you have to be able to shoot or score the basketball. We haven’t seen him really master it or show signs of being good at either one. He needs to take a page out of [Rajon] Rondo’s book. Fultz is going to be a player very similar to what Rondo has brought to our game” – Pippen

“For him to be able to acknowledge that is a step forward. I’m rooting for him” – Shelburne

“Everyone in the league wants to see this kid succeed. A comeback story, everyone loves that” – Nichols

Porzingis: “I actually feel better than I ever have”

The one thing you can control in life is your effort @mcuban pic.twitter.com/mFNOK8hbBv

“Playing in New York, the pressure that he felt, just being drafted there, it’s just how the fans treat you. He’s feeling a little at ease now in his career in that he grow in the game. New York wanted him to be a superstar and to lead them to a title instantly. Now he feels like he’s on a journey and he can ride this out. He’s in a situation where they could win” – Pippen

“I buy it. He’s in a place where he wants to be” – Shelburne

“You’re talking about a team that’s had a great run at the title. If they can implement D’Angelo Russell and get him playing at a high level, they’re still going to be one of the top teams. He’s the X-factor” – Pippen

“I still think they might come out of the Western Conference, if these guys can stay healthy. In talking to the Warriors, they sound different this year. It feels like a weight’s been lift off them. This year, they have a chip back on their shoulder, they have something to prove to everyone, and they don’t have the massive size expectations and all the television cameras there every second of the day” – Shelburne

Ben Simmons on three-pointers: “If it’s open, I’ll take it” 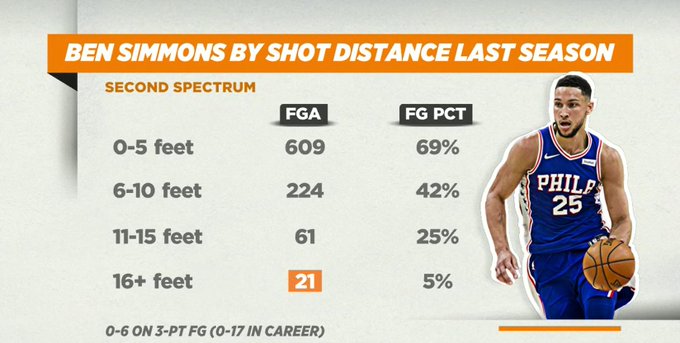 “I like his progress and this is a step that he that he has to make if he wants to have a complete career. In the long run, he will develop that shot but when the stands are filled and the pressure is on, that’s not going to be his shot come game time” – Pippen 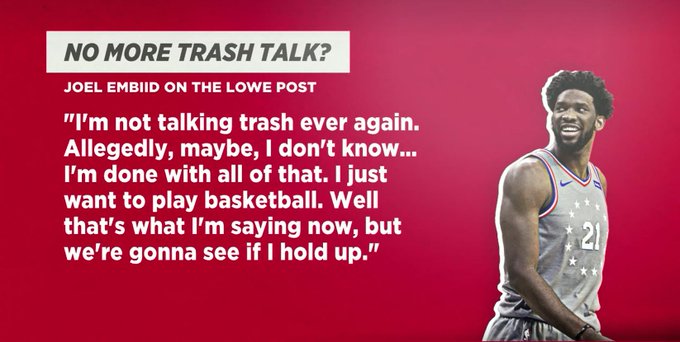 “I don’t buy it. I enjoy him talking trash. It’s become a part of who he is. He’s going to always talk trash, he’s got a multi-dimensional game, he loves trying to make a fool out of players on the basketball court” – Pippen 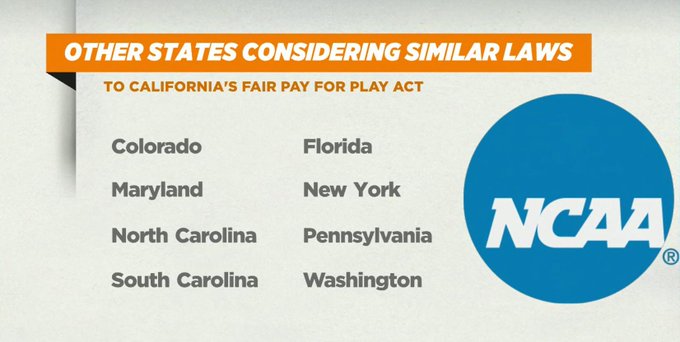 Diss Tracks
Are you taking Shaq or Dame in rap battle?

How this beef started:

Then Dame fired back: 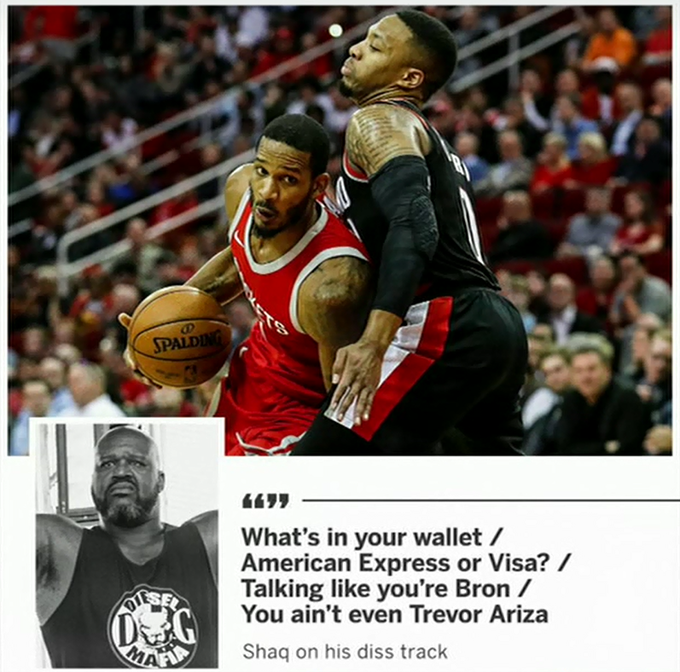 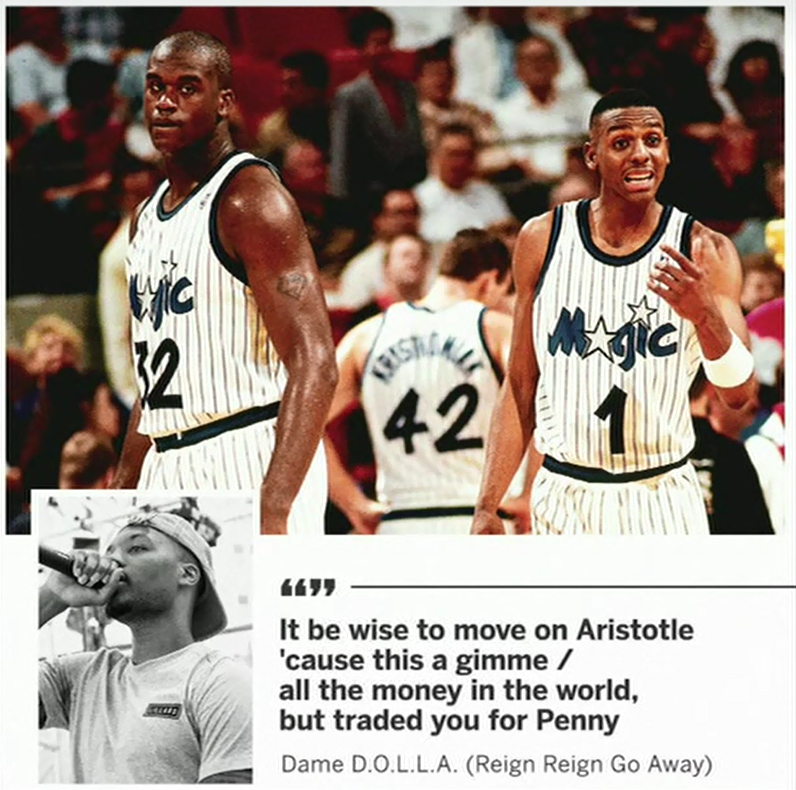 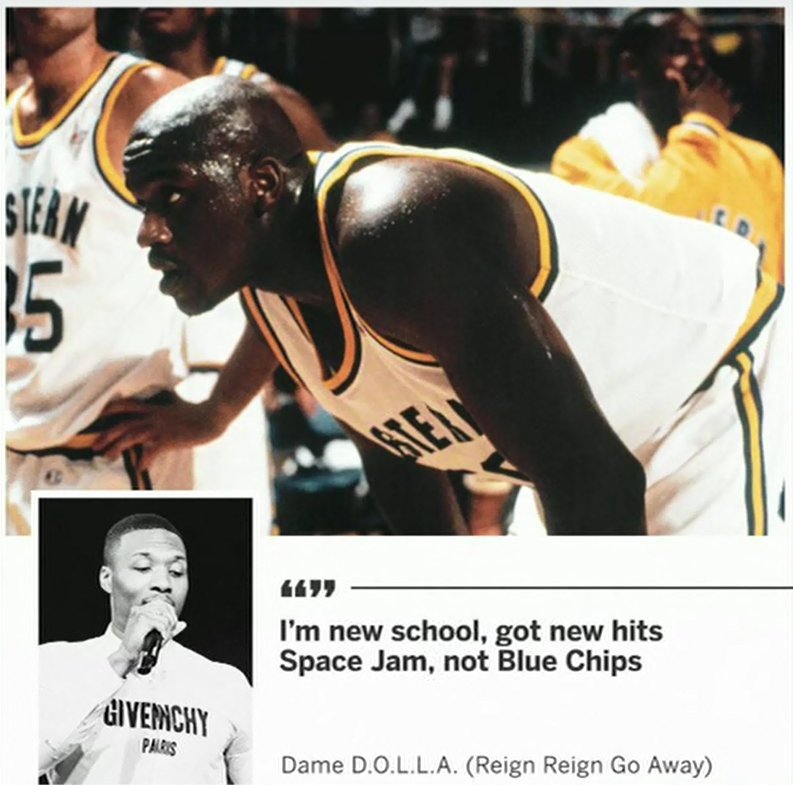 Will traveling rules changes help or hurt James Harden?
Part of these rules are about the gather

“The rule change will help him. He’s set the standard. The rules are built around him” – Pippen