Ramifications of Embiid-Kat Brouhaha?
Next matchup between these two teams March 24 in Minnesota!

“It was mostly wrestling over fighting. In this case, it came off a little contrived” – McMenamin

“I like it when it spills over into the court, not on social media” – Jefferson

“The most entertaining thing for me is seeing Embiid play basketball. When you do something like this, that takes away from what the actual product is: The best basketball players in the world” – McMenamin

“This came from a legit buildup of years. It’s been going on since 2016” – Nichols

UPDATE: After the show ended, it was announced that Embiid and Towns were suspended for 2 games each.

OTD in 1997 – Stephon Marbury with the houdini like moves vs the Warriors!

But since it’s a Halloween show…

Did someone open a window in TD Garden?

Where does Capela rank on the all-time egregious no-call travel list?

“That’s the greatest travel in the history of basketball!” – Jefferson

Most impressive thing Siakam did vs the Pistons?

Bigger deal: Rockets win or allowing 158 points?
317 pts combined between the Rockets and Wizards (with no OT!)

“Rockets win. If you put up that many points in a regulation game, that means the offense is clicking early on” – McMenamin

“158 points. Rockets are not going to do much. If you don’t have a top 10 defense, you’re not going to win. We just need to see more defense from the Rockets. If you want to win a championship, they can’t be giving up that many points and win the game” – Jefferson

Steph Curry breaks left hand | Time for Warriors to embrace the tank?
Suns Center, Aron Baynes said after the game that it was an accident and was apologetic 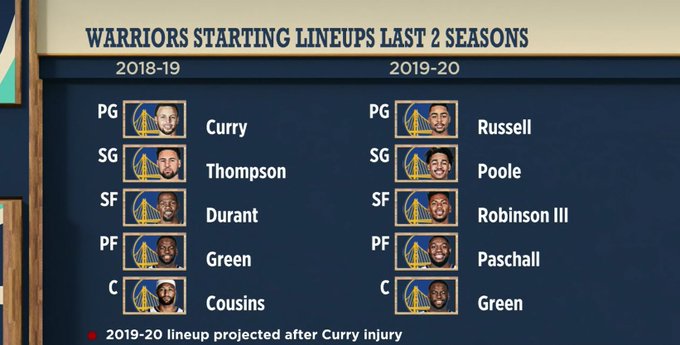 Thats the energy I was talking about. Thats the fire, the screw everyone else WE are going to figure it out. He’s been a leader since college and the moment you showed up at the Warriors. Hearing you talk about a rebuild after two bad games is a overreaction @Money23Green https://t.co/nzR81J6jVu

“Completely shell-shocked [last night]. It was like being in that locker room a couple of months ago in Toronto when Kevin Durant tore his Achilles in Game 5. The Warriors are never going to fully embrace the tank. Joe Lacob [Warriors owner] does not believe in just giving up on anything” – Friedell

“This could be a Spurs situation [from 96-97] where David Robinson gets hurt and they get a high draft pick and end up drafting Tim Duncan. Maybe this happens to a loaded Warriors team that has Steph and Klay coming back next year from injuries” – Nichols

“They are going to tank because they are not very good. The rebuilding year started once that first ball was tossed up. There’s going to be a lot of focus on Draymond now. A lot of focus on the type of leader he is, how he is going to play and performance” – Jefferson

“They’re not a good team. The roster is what it is” – Friedell

“I’m not surprised by this. This just goes to show just how deep and strong of a cloud  there was hanging over this team all year. That was the issue all along. Before this incident, there were a ton of people in the organization that thought he was gone” – Friedell

“It was the issue internally in the locker room that would not go away, even though they tried to push it away because the media and fans kept bringing it up” – Friedell

Is Warriors season already over by Kevin Pelton (E+)

Kyrie: “I don’t have to be perfect for anyone”

Kenny Atkinson on Nets offense: “We’re not really running anything”

“We have to continue playing together. They don’t have a real backup PG. They have guys playing out of position. It starts to become a little my turn, your turn. They are missing some things internally” – Jefferson

“The way he said that, he left it open for interpretation for us to say, he must be talking about Kyrie” – McMenamin

OTD in 2008 – Rudy Gay with the game winning jumper at the buzzer vs the Magic!

Spurs at Clippers
Expectations for Kawhi vs Spurs?

“Kawhi sees an opponent in another jersey that’s in a different color than his and he goes out there to play basketball. He’s moved on from the Spurs” – Jefferson

“I don’t think he needs any revenge. On the Spurs side, this is another chance for them to prove to have a good showing against the Clippers and that they’re a playoff team in the West” – Nichols 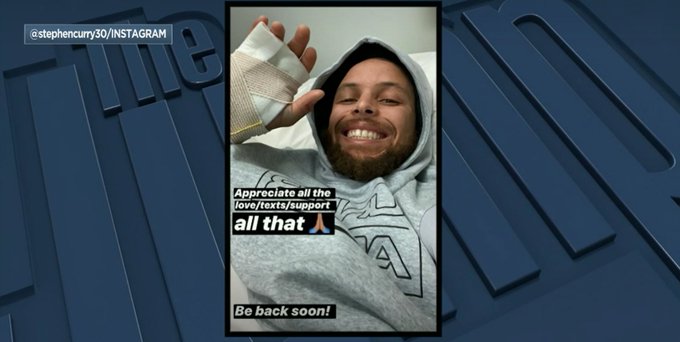