Monologue: Is it finally going to come together for Philly?

It even sounds like he may be addressing one of his biggest issues last season: 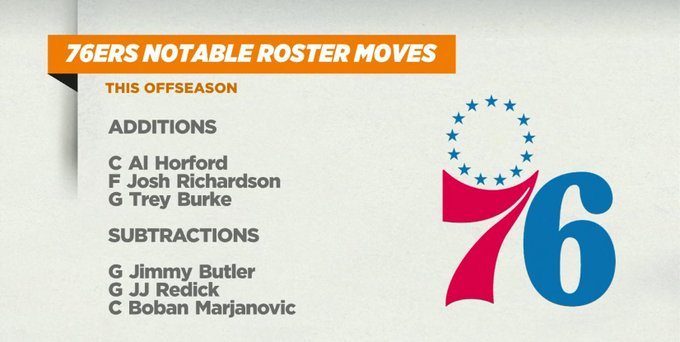 “On paper it looks good. I’ve always said that their maturity level and experience were the two things that I worried about. Experience, they’ve continued to gain. Maturity level is what I’m looking for this year. They have just as good a chance as anyone else in the NBA this year to win the Finals” – Barnes

“I’m scared about how weird this team is, but I think they’re going to the NBA Finals. I just think their talent and their size is overwhelming, I think they should have the best defense in the NBA, Joel Embiid should win Defensive Player of the Year and they’re just going to bludgeon people” – Lowe

Is Eastern Conference a two-horse race? 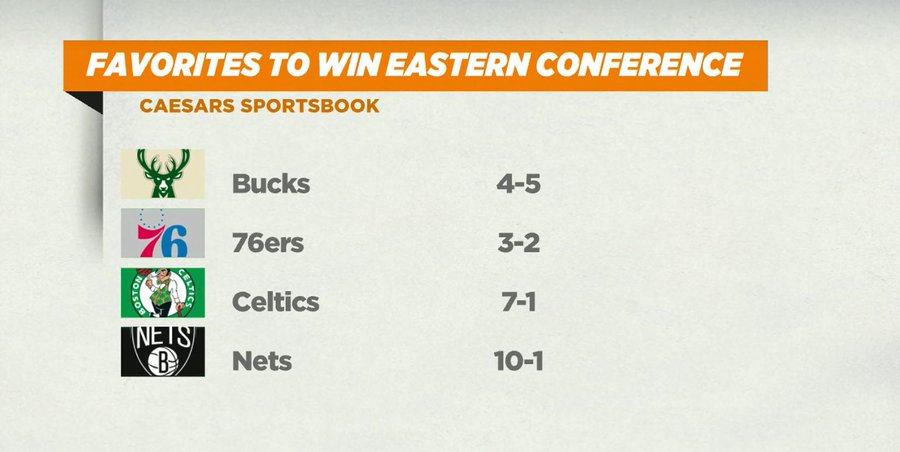 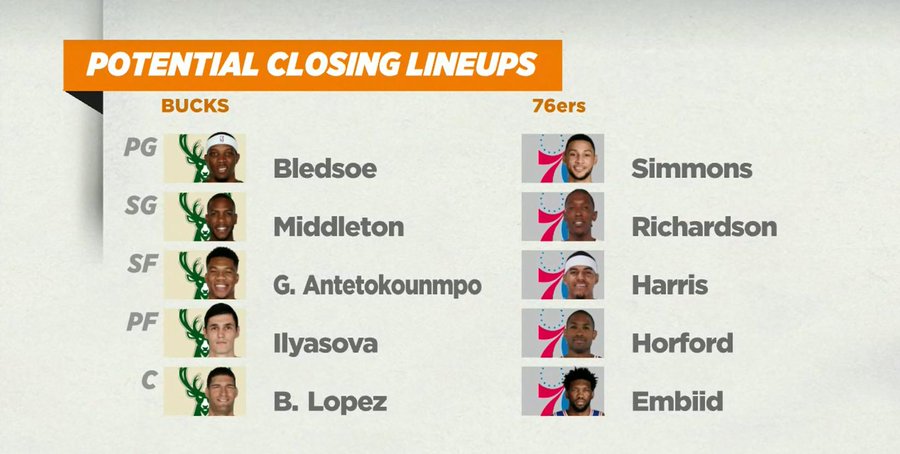 “Bucks/Sixers would be an incredible series and I do think it’s a two-horse race. Boston would be the next team, but they are one player away and if they could ever find a way to trade for an impact big man, they’d could come into this conversation” – Lowe

“I definitely think it’s a two-horse race until KD is back healthy being at least 80-85% of what KD is. I don’t see Brooklyn being a contender. For Boston, I don’t know if it’s one piece or just really understanding who they are from being away from being an Eastern Conference contender” – Barnes

Sam Presti on Doc saying Thunder were looking to rebuild prior to PG trade:

“I believe Sam Presti. He’s thrilled with the outcome they got trading Paul George and Russell Westbrook and Jerami Grant and the picks they got” – Lowe

“I don’t believe him. Without him admitting it, the writing was on the wall that they were ready to go a different direction” – Barnes

Will KD ever forgive OKC?

Presti: “I think Chris Paul is going to have a really good year”

Realistic expectations for CP in OKC?

“I agree 100%. I’m excited for Chris. People kind of wrote him off last year because second year in Houston didn’t go as planned. What I hope for him is he goes out and has a great first half of the year and then gets traded to a contender hopefully at the deadline because unfortunately, OKC is in a rebuilding state and that’s not somewhere Chris wants to finish his career” – Barnes

“Chris Paul, when healthy, is still an elite player in the NBA. I would expect him to have a very good season” – Lowe

Where does this “3” rank for Steph?
Needed only 3 shots to eagle a par 5, in front of Phil Mickelson!

Team bonding was off the hook, but now we've got bigger fish to fry. 🎣 pic.twitter.com/GJv4qZvGOP

“If they don’t win the championship, they set themselves up. I’m all for getting together before the season starts” – Barnes

Should the rim be raised to 11 feet?

Where did Shaq’s daughters get their jumpers from?

Shaq's daughters Me’arah & Amirah O’Neal are straight buckets… There might not be a better sister duo in the nation pic.twitter.com/lveoP22ZUk

Buy LeBron being 3rd in NBArank?

Again: These rankings are based on what kind of season the experts thinks players are going to have this coming season, not a rank of who are the best players for their whole careers. They are ranking who they expect to be best this coming season 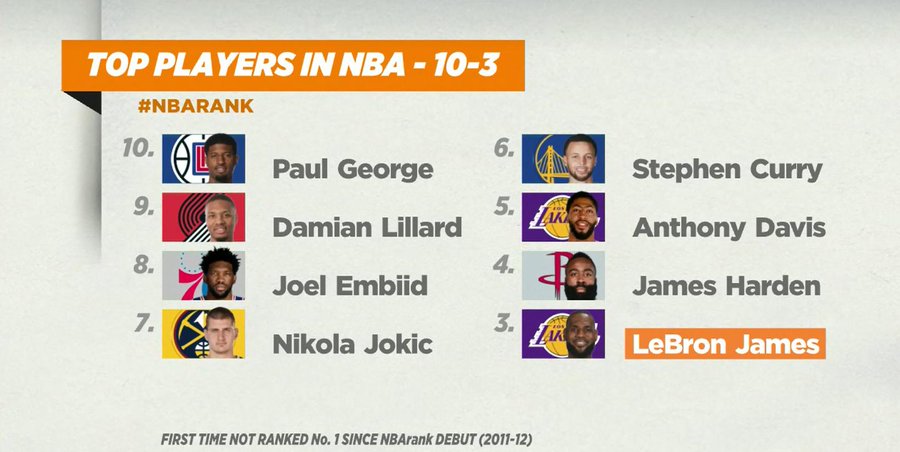 “I still give him the edge over Giannis. There’s still a few question marks on Giannis’ offensive game. I put Kawhi as the No. 1 overall player in the game right now with KD hurt. People have to understand: the only reason why LeBron is even dropping is just years. He’s going into his 17th season and he has a lot of miles on him. I have him at No. 2 instead of three” – Barnes 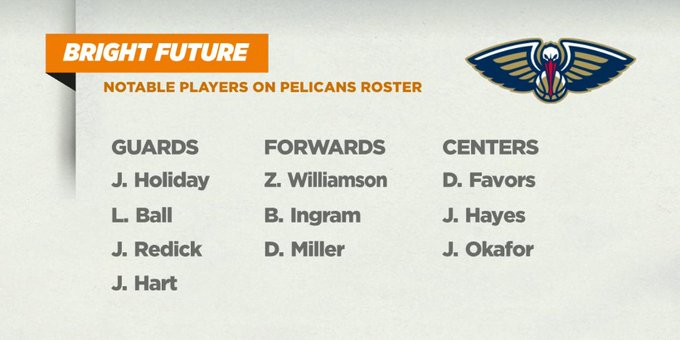 The WNBA legend and former college head coach will work in a player development role. https://t.co/Q2GtxgpBkl

“You have to be all the way in. I completely agree with him. They’re out to prove something this year” – Barnes

“They’ve gone all in the right way. They didn’t go with old guys. I was talking to a GM about the Pelicans and he said, ‘They are going to be a giant pain in the a** to play every single game'” – Lowe

Should Celtics offer Jaylen Brown rookie-scale extension?
Has until October 21 to agree to the extension

“I think the jury is still out on him. This is a big personal season for him. If I’m the Celtics, I’m waiting. He has to show it consistently because last year he was in and out with the toss up with that team” – Barnes

Hornets GM (Mitch Kupchak): We were blindsided by Kemba making All-NBA
Per Rick Bonnell of The Charlotte Observer

“It’s still possible out of the public eye. The fact that there is social media does not mean that you have to use it.”

Thoughts on “One free throw only” rule in NBA G-League?

‘They’ve talked about this for 6-7 years, probably even longer” – Lowe

“I like it in the G League. The pressure of having to hit 1, 2 or 3 free throws in the NBA is what makes the NBA the NBA” – Barnes

Who should take top spot in NBArank: Giannis or Kawhi? 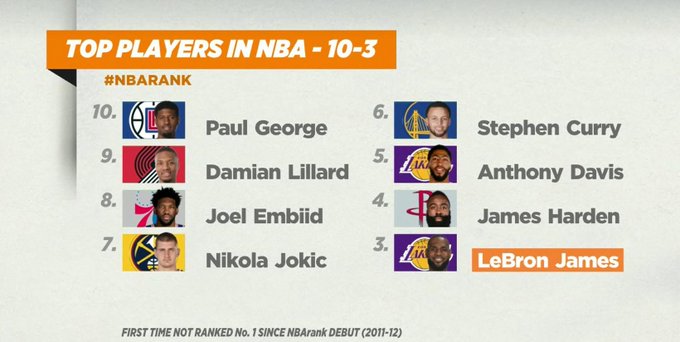 Barnes: Kawhi
“Best two-way player in the game hands down”

Lowe: Kawhi
“He limited Giannis for four games in a row”

“Fire whoever made the list. Those guys are definitely top 50 all-time” – Barnes