“I just think there were two big problems, injuries and ego. At times, I think wanting to be selfish cost everybody on the team.” – Dwight Howard

“He has no one to blame. More of the problem was he rushed back from his injury. The lure of coming to LA and wanting to prove himself so bad, he rushed back from the injury and he hasn’t been the same player since. I think this is his last chance and he knows that” – Barnes

Monologue: It will take a lot more than words to keep Giannis

This confused a lot of people since it seemed all the Bucks have really done was the NBA equivalent of walking outside and shouting:

More pressure to make season a success: Giannis or Bucks? 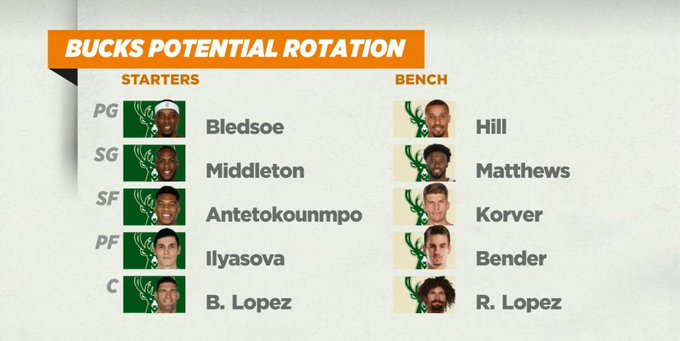 “It’s the Bucks. They have to continue to do the right thing as far as picking up pieces and adding pieces to make this a talented roster and continue to impress him anyway they possibly can” – Barnes

“The Bucks and it’s not close. Everyone: Ownership, Mike Budenholzer, the supporting cast have enormous pressure because he’s the franchise. If Giannis leaves, it’s a long, long painful road” – Lowe

“MVP is not enough for Giannis. They have feel they have a championship roster and team and a great coach. Contending for a title is their goal” – Barnes 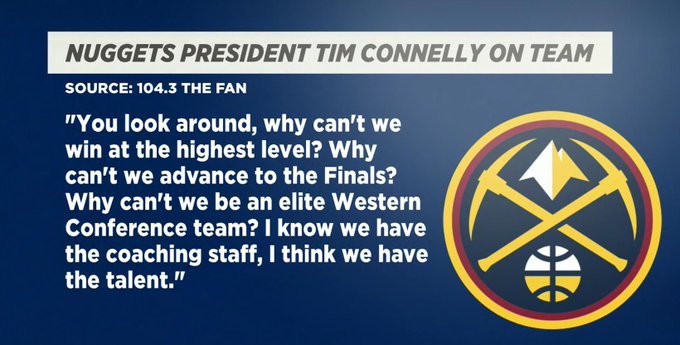 “The Nuggets are the single hardest team to classify in the entire league. I would lean a little bit no. They’re still a little too young. They are still tentatively in the ‘proof it’ range. I’m not sure that they’re a serious title contender” – Lowe

“They’re not title contenders, but they are a young, very talented team. You could see them at the top of the West, possibly the best record in the entire league” – Barnes

September 25, 2000 – Vince Carter on what he was thinking when he dunked on Frederic Weis!

Which glitch is more jarring?

“The Rodman thing is going to be in my dreams. That’s terrible” – Lowe

Are you fearful that robots will take over the league?

Agree with Bosh’s hogwarts housing picks for Heatles? (Per Pardon My Take)

“LeBron is a perfect Slytherin. Wade has a whiff of hufflepuff. He’s always smiling” – Lowe

“It’s a learning experience. She’s been playing well and doing her thing but when you talk, you have to back it up, especially on the biggest stage and she didn’t come through in the final game so she has to expect that she’s definitely going to be mocked” – Barnes

“That was awesome trash talk” – Lowe

UPDATE: Kyrie Irving has been diagnosed with a left side facial fracture, which he sustained yesterday during workouts. He is currently listed as day to day.

Excited to see “Masked Kyrie” again?
NBA doesn’t allow the black mask anymore. They have to do the clear mask 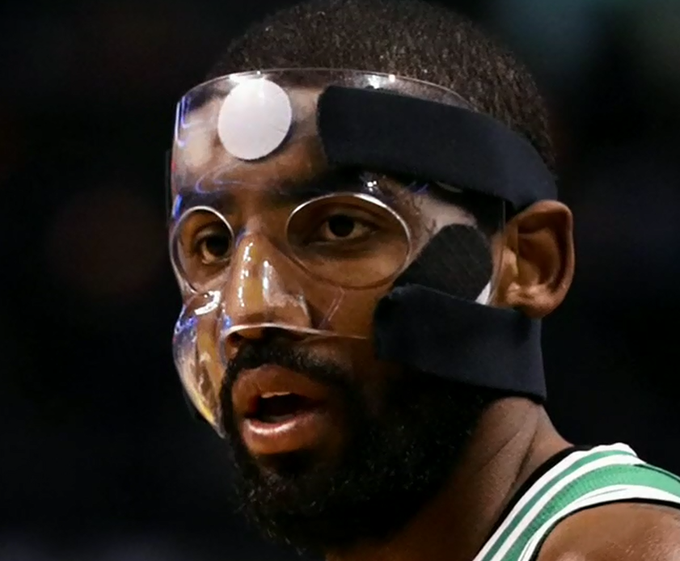 Rather have Kyrie or Russ this season?

Barnes: Kyrie
“He’s going home and he’s going to have 1 year play without KD so the majority of the shots are going to be coming from him. He has some redemption so to speak”

Lowe: Russ
“I at least know that he’s going to be a positive presence in that locker room everyday, he’s going to play hard all the time, teammates are going to like him”

The Lowe Post: 5 most confusing teams with Zach Lowe and Kevin Arnovitz 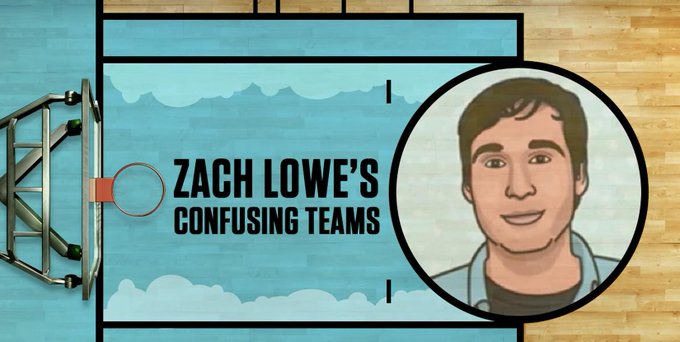 What confuses you most about Celtics?

What confuses you most about the Spurs? (Kevin Arnovitz’s pick not Zach’s) 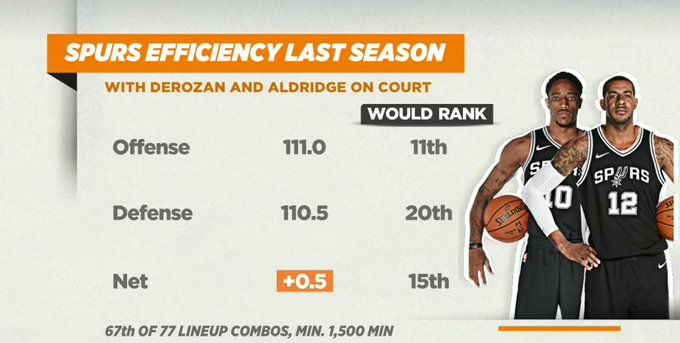 What confuses you most about the Heat?

What confuses you “least” about the Knicks? 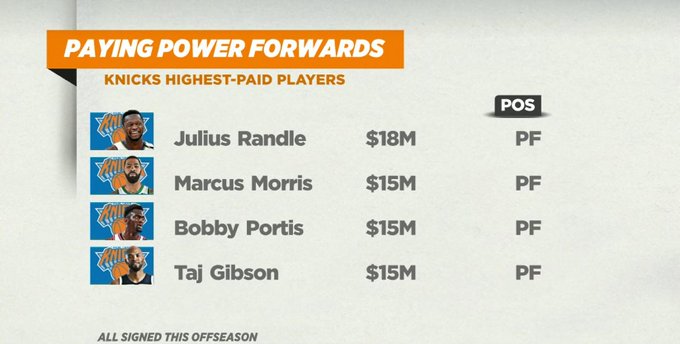 Kerr on Steph: We can’t run him into the ground this year

Can Warriors afford to load manage Steph this season? 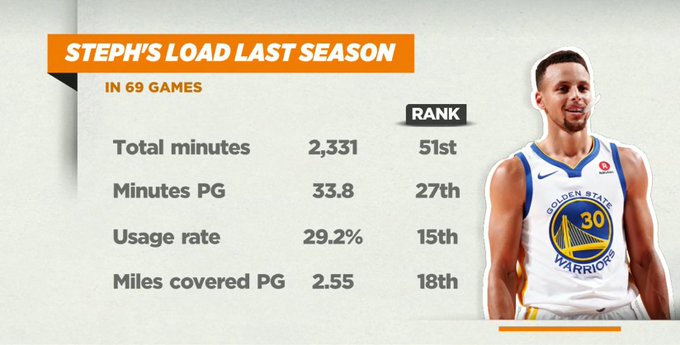 “He can win the MVP, the scoring title. Can they load manage him? Not like the Raptors did with Kawhi. They don’t have that kind of margin for error” – Lowe

“I definitely think they can load manage because they have nothing to prove. Warriors would be the scariest 8th seed in history if they get into the playoffs” – Barnes

Throwback
On this date in 2001, MJ came out of retirement to join Wizards

In case you were wondering what Markelle's been up to… pic.twitter.com/3RE39oLN51

Doncic No. 16 overall on NBArank: Too high or too low? 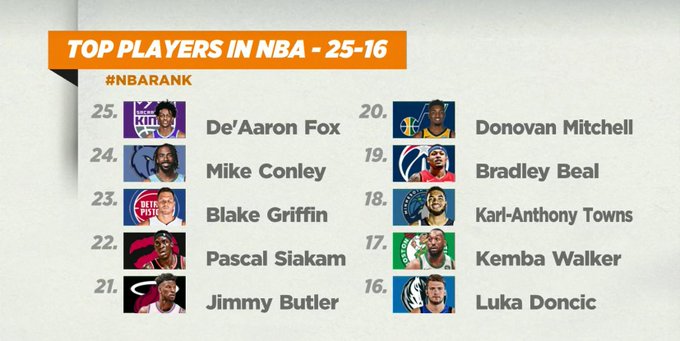 “He’s good where he’s at. He’s one of my favorite players to watch. He could possibly have a better season. I really like his game. The sky’s the limit for him to be one of the  best players in the world” – Barnes

“It’s a little too high. I think Karl Towns and Jimmy Butler are better than him. He’s going to be a coldstone superstar for a long time” – Lowe