Liz Cambage (Las Vegas Aces): “Get in the weight room or get out of the post”
Scored 28 points on 12-15 shooting

Monologue: Nets need to end KD speculation before it starts

Remember: Everything Kevin Durant does gets discussed and dissected. Everything.

Expect KD to see the court this season?

7️⃣ is in the building. pic.twitter.com/yjOAV8YDrp

“This shouldn’t even be a discussion. This is an injury that takes a minimum of a year and talk about it in year. Achilles is the trickiest injury. It’s the one you should never ever, ever mess with. If I’m the Nets, I’m not going there” – MacMullan

“Sometimes in the NBA you see, when guys are out for long-term, they won’t make a ruling partially because they want to keep the guy motivated in his rehab. But in this case with a high-profile player like that, I’m not so sure that’s a tactic you need to take. Kevin has to look no further than his own injury history” – Windhorst

What version of Klay do you expect this season?

“This season is a toss up season as far as we can see. Just stay in the game and see what happens. Because of the nature of this season, I refuse to believe that this is a write off year for the Warriors. Because of how good Klay was playing and because of the nature of this injury where we see guys come back on that time schedule, I don’t take anything off the table for the Warriors” – Windhorst

“We see people come back from ACL tears stronger. I do feel for him because he was at that magical point where everything was going right, but his role is going to change dramatically without a Kevin Durant on the team. Even when he’s out, you still have Steph Curry and Draymond Green” – MacMullan

Did Manu’s toupee make you nostalgic for long-haired Manu?

Should Mike Scott bring some teammates next time?

He spent his Sunday morning playing Nerf Wars with a ton of younger fans in Philly and it is absolutely amazing. 😂 pic.twitter.com/lGGSX3cVS0

Candace Parker said she's physically and mentally okay and told reporters to ask Derek Fisher why she only played 11 minutes and 14 seconds on the Sparks 22 point elimination loss to the Connecticut Sun 78-56. #Winsidr #WNBAPlayoffs #LASparks pic.twitter.com/IMnD6vaSdZ 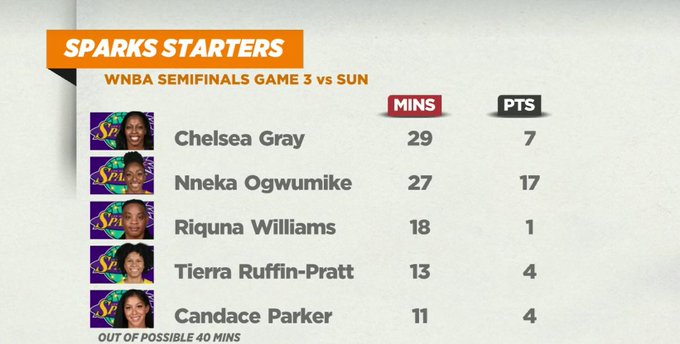 “It’s an elimination game. Why are you not playing your best players? I don’t understand this. And I don’t understand why Derek Fisher got this job if I’m truthful either. There are a lot of other coaches that are more versed in the women’s’ game, that have been around the women’s game that deserved a shot before another ex-Laker player” – MacMullan

“She’s not in her prime, but she’s still a very important player. Very unusual situation” – Windhorst

Speechless and hurt. 2 Texas boys with the same dream. No way I should be posting this lil bro. No way. Prayers to his family. Dre we gone miss u Dog. @thebig3 we gotta hold his family down. It’s only right. #GBG GAG too many crash dummies out here taking the real ones. Real tears for u Supa Dre. Fuked up 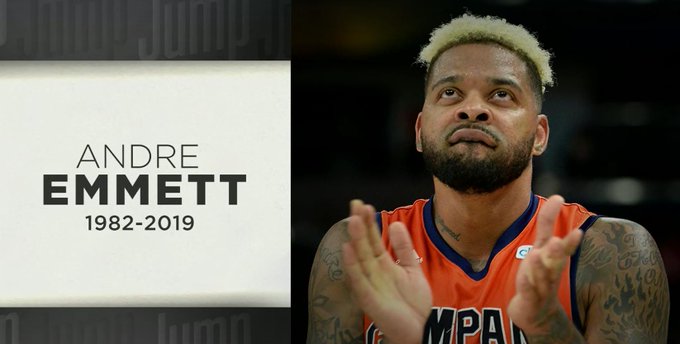 One takeaway from time with Doc Rivers/Lawrence Frank today – Kawhi Leonard’s “load management” will not be as strict as it was a season ago in Toronto.

“I don’t find this surprising. The parameters are completely different this year. He needs to play more than 60 games” – MacMullan

“If he’s going to play for Doc Rivers, he’s going to have to change his thinking. That’s not the way Doc approaches the regular season. Start to finish, he doesn’t like any slacking. He wants you to build to something and that’s going to require a regular season where you’re locked in” – MacMullan

Is PG-13 going to miss start of season?

“Paul George is probably not going to start the season. No one is talking about this. His injury is a major one” – Windhorst

Is there a gap between Clippers & Lakers?

“There is a big gap in likelihood of winning the title. Not sure about reg season wins.”

Should Lakers start JaVale or Dwight?

Best players this season from 100-51 on ESPN.com

Is Zion a top 50 player already? 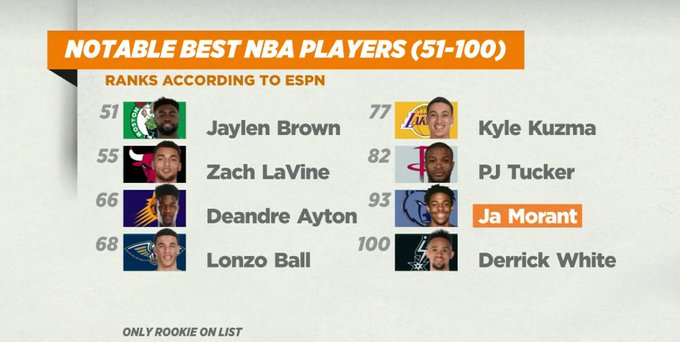 “I feel that it’s very difficult to judge them (the rookies). He’s not going to be the centerpiece of that team. I just want to watch him play” – Windhorst

Iguodala on potential buyout: “You don’t leave money on the table”

“He may start with the Grizzlies. I do think at some point during the year that he changes teams. I don’t blame him. You can make the argument that he’s been a little underpaid for the value he’s had” – MacMullan

Do Raptors need to max out Pascal Siakam?
Anonymous executives around the league were split on whether Siakam should get the max (Per Hoopshype) 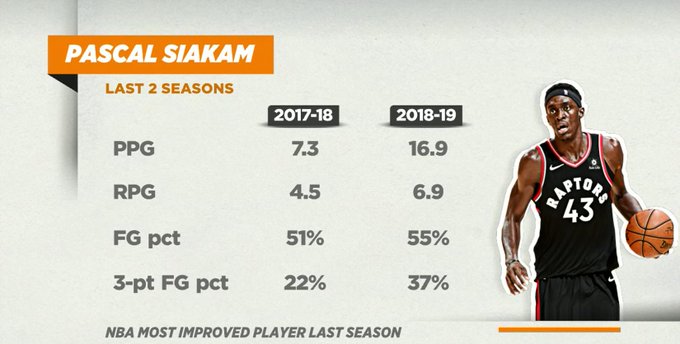 Why we trade for Odell if we ain’t gonna throw buddy the ball. Who calling these plays. Send help. Concerned browns fan

“Mostly concerned about the offensive line. The play calling was problematic” – Windhorst

The colors of our new floor, weathered wood and concrete gray, represent playground courts throughout the borough; the brownstone-lined streets and Brooklyn’s industrial foundation. The palette engrains the grit and determination of Brooklyn into our playing surface. pic.twitter.com/S5tRw5TOzP

The Nets are unveiling what is believed to be the first gray court in NBA history. The story behind it — including the return of the subway tiles, ideas on the cutting room floor, and more: https://t.co/QBtp7uUzN5