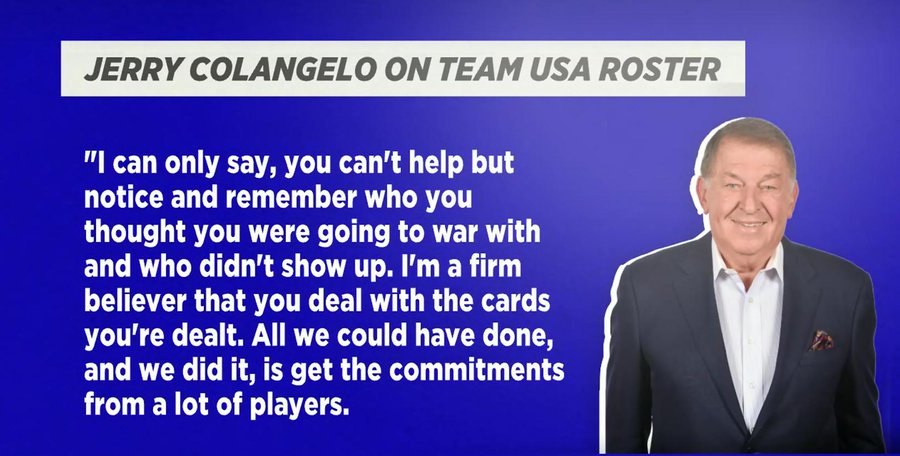 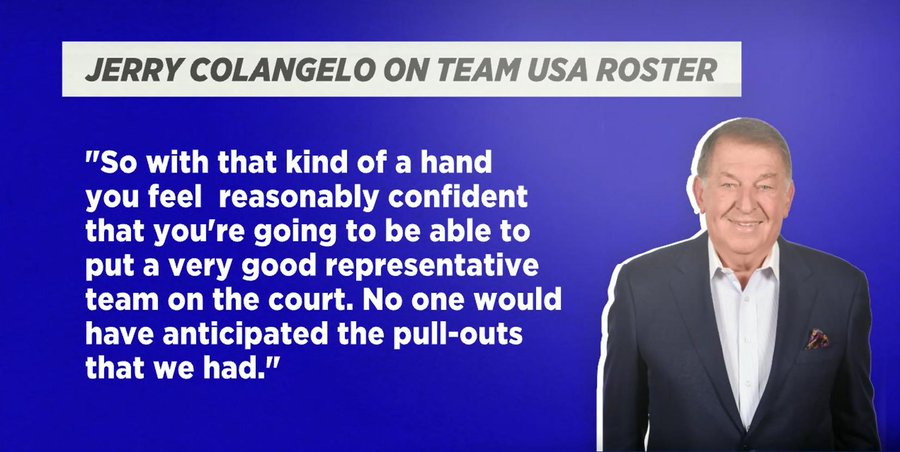 How disappointed are you in Team USA’s world cup performance? 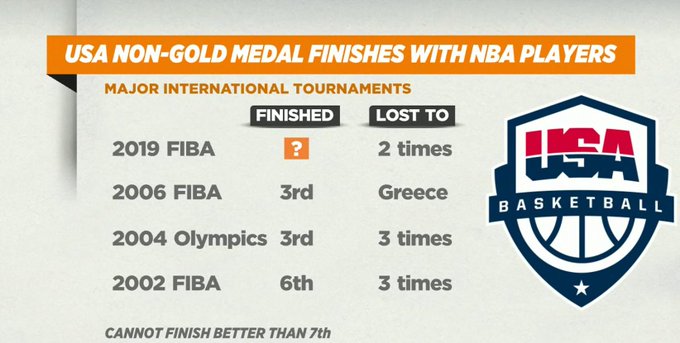 So who’s to blame for Team USA’s struggles in the World Cup? Amin had to hand out some of his delicious:

“This was not our best team. We went into games where we didn’t have the best player on the floor” – Elhassan

“If these guys were our Team USA for the last 2 years, it would have helped. That makes a difference. A lot of these other teams have been playing together for years and years and our guys are like an All-Star team. They just got together” – Elhassan

“I call this the small ball fallacy” – Elhassan

“Not just from the players, but from the media” – Elhassan

“They created all the problems. It’s the growth of the global game. Eventually, the US is going to put their very best players out there and they will still lose. That’s when it’ll be a challenge. It almost happened in Sydney [2000]” – Jefferson 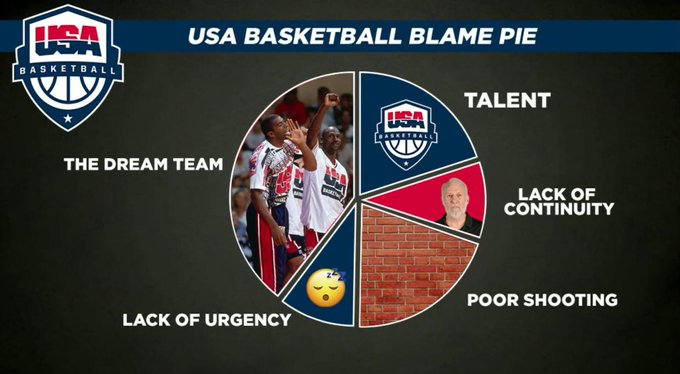 Is Boban a bully?

Kids are getting scary at such a young age 😳 pic.twitter.com/ycJwYo3thL

Would you mess with nunchucks Klay?

James Harden LOST HIS MIND in these pickup runs 🔥 (via @Cbrickley603) pic.twitter.com/q1zDDTwLYt

“The guy he reminds me of: Juan Carlos Navarro. He would do that all the time” – Elhassan

KD: No one will ever get “GOAT” title outright 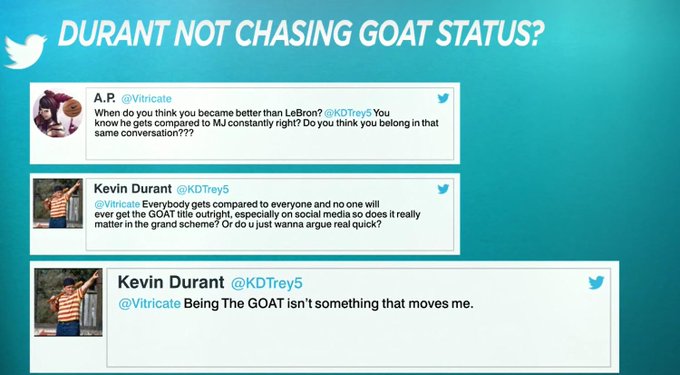 “He’s absolutely right.  You can’t definitively say anything because the different eras and different positions. The only reason it exists is because we trying to argue and have a debate. It’s fun to debate it, but just understand will never have an answer” – Elhassan

“I think this is one of the smarter things that I’ve seen a guy say in a very honest way. You’ll never get an outright GOAT” – Jefferson 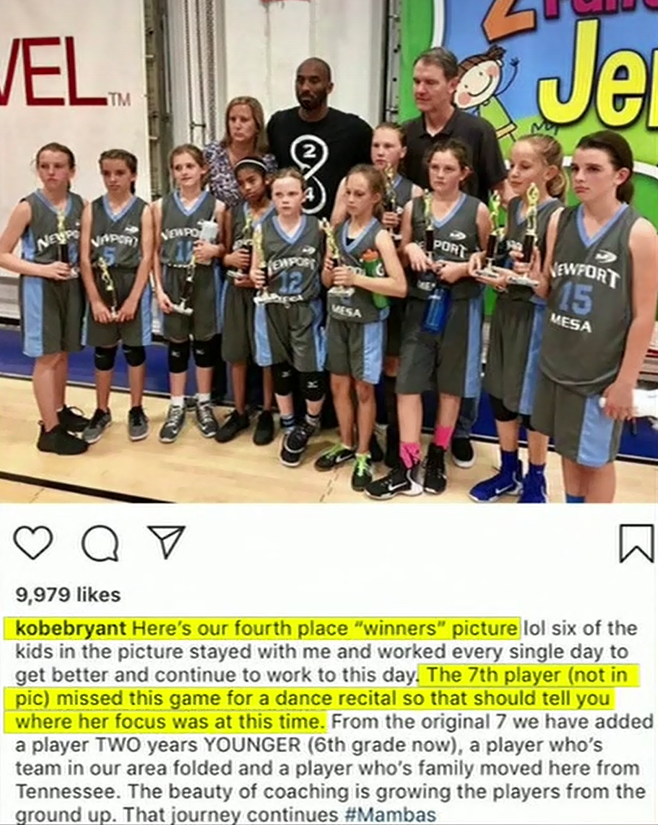 After some backlash following that caption, Kobe posted this:

Jefferson: Something
“Kobe got a little heat, he backtracked and he kind of saw that this was definitely taken the wrong way”

“This thing here, he could have just left it at that” – Elhassan

Elhassan: Nothing
“He’s not lying. It’s still a Lakers town. What’s going to help is when they move to their own building”

Jefferson: Nothing
“He’s right. You can’t change it”

“I would like Blake Griffin to be less nice. I want him to own the petty” – Nichols

Jefferson: Everything
“The BIG3 was used as a tool for him. He showed that he was still one of the best players in the world, could still hit clutch shots”

Elhassan: Everything
“Just because of the BIG3. It’s great marketing for them”

“It would be a magnet to guys who are just out of the league and not ready to retire to come join the BIG3, which then has more fans turnout” – Nichols

Doc Rivers and Erik Spoelstra on “The Woj Pod”

Are NBA coaches expected to be recruiters now? (Via The Woj Pod)

Are players more distracted nowadays? (Via The Woj Pod)

Community
Clippers arena deal to include $100M for Inglewood 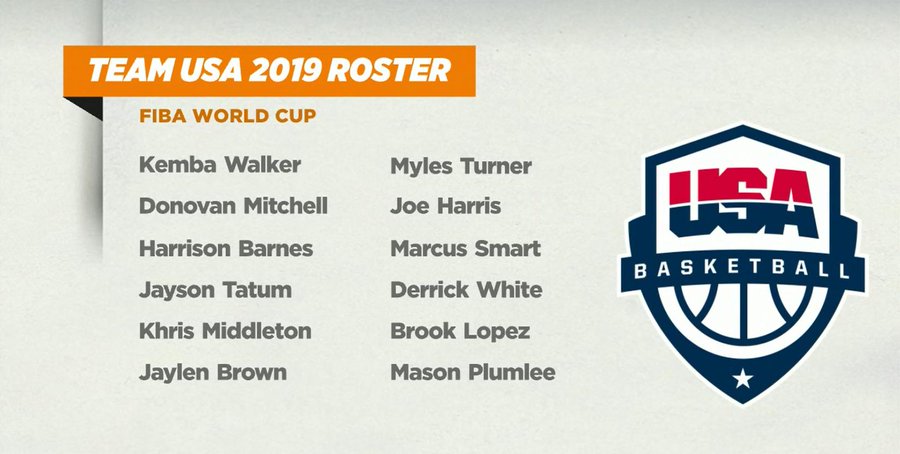 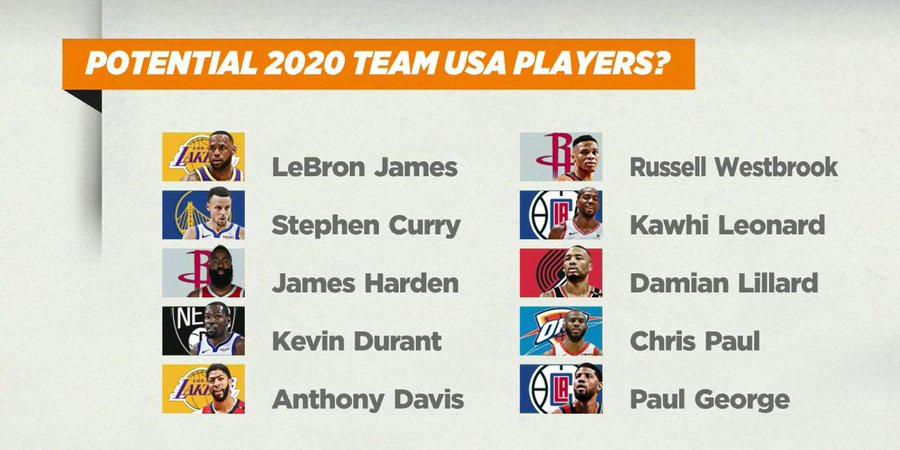 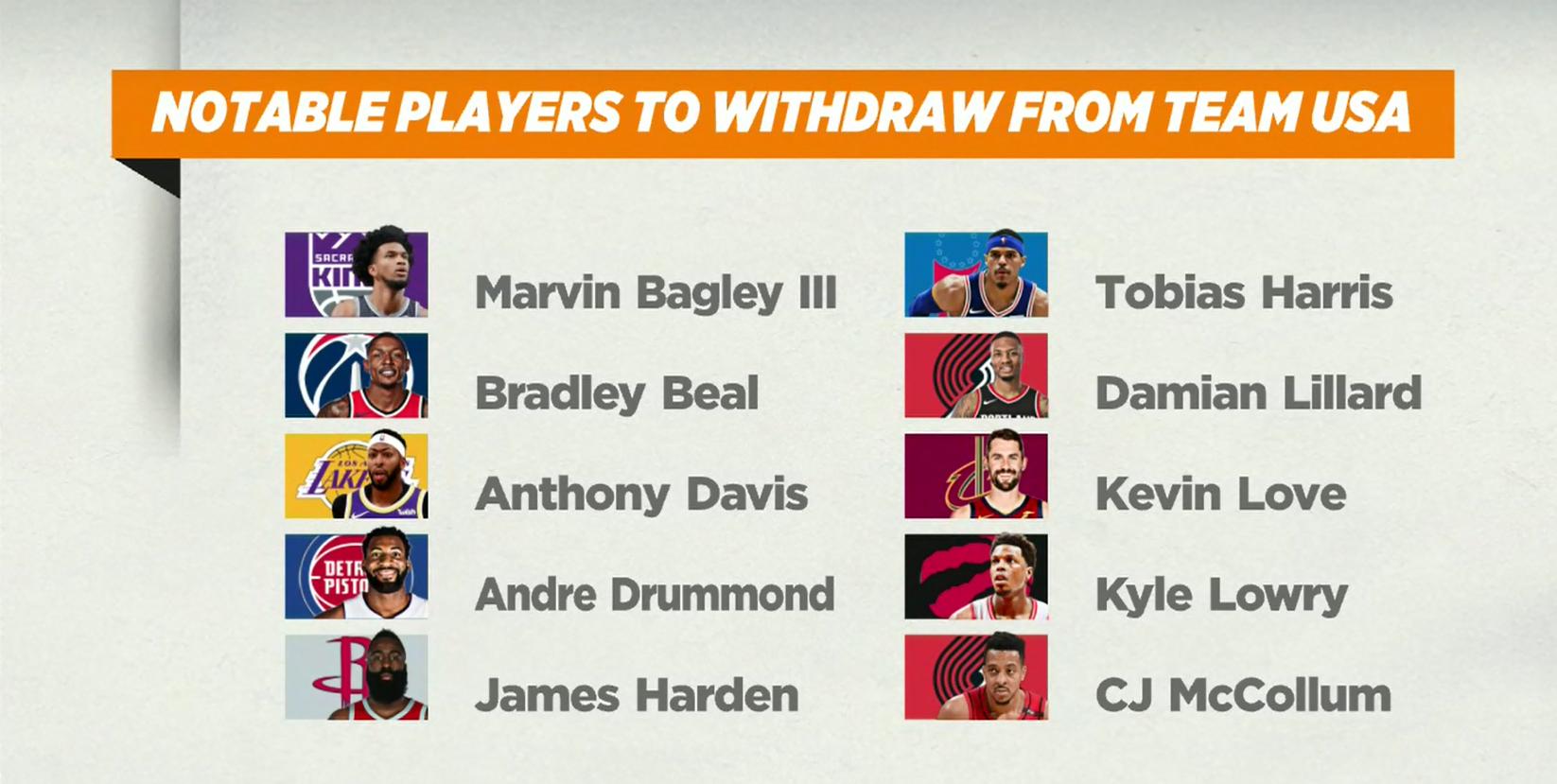 “If you told me Anthony Davis and Damian Lillard were on the team right now, they would have won” – Elhassan

“10 percent chance, assuming that the guys that should be there are going to be there” – Elhassan