Who’s jersey is Rodman wearing? It’s none other than… 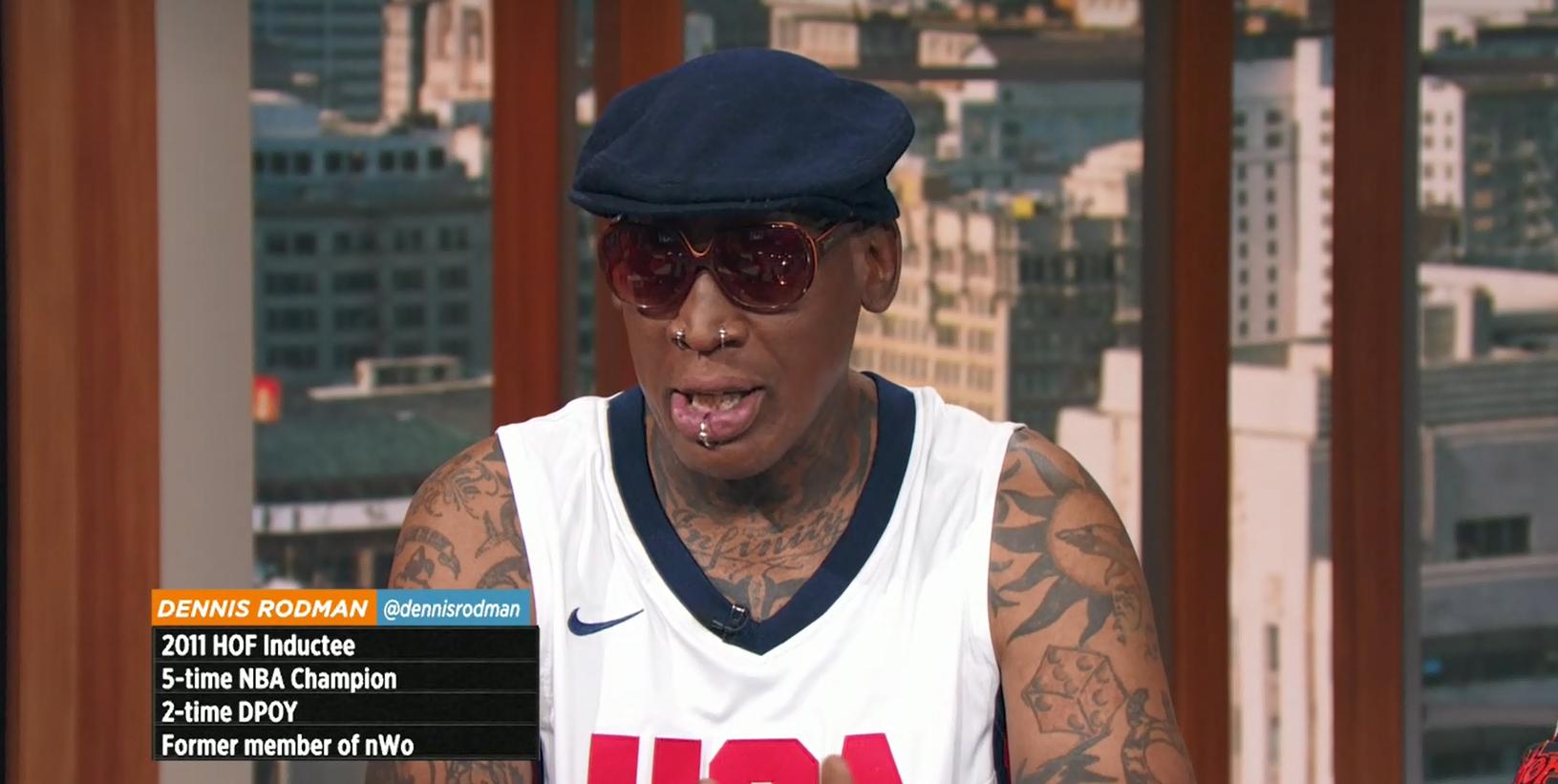 Rodman on why he thinks Michael and Scottie are the best one-two punch in NBA history:

Motivation for telling your story now?

“I followed Dennis’s career and I think he was one of the guys to kind of help motivate me coming from a small school and knowing that I can make it to the NBA just because of his hard work, his hunger and his journey that he had been through” – Pippen

How were you able to fit in with “Bad Boy” Pistons?

“He was a winner and a leader. His basketball IQ was off the charts. They didn’t realize how great of a rebounder Dennis was when he was with the Bad Boys” – Pippen

What made Bulls-Pistons rivalry unique?

“We didn’t have any love for each other out on the basketball court. The rivalries back then, they were real” – Pippen

“It was a love-hate relationship. It was one of those things where we were coming up in the Eastern Conference and our main goal was trying to beat Boston. We didn’t pay any attention to Chicago. Little did we know the more hungry we were getting, the more hungry they were getting. It was just our turn at that particular time” – Rodman

“They didn’t do too much talking [on the court]. The Pistons dominated us mentally. Physically, we were able to catch up. But it was the mental aspect that we had to kind of get over” – Pippen

Pistons walking off the court against the Bulls in 1991:

How did Bulls locker room react to Dennis joining team?

“It was a tough sell. I definitely can say I wasn’t overly excited to get him. but it didn’t take long to say yes. It was match made in heaven” – Pippen

How demanding was MJ as a teammate?

“Not too much. I was more like the loner in the group. It was fun to watch those two guys [Scottie and Michael] interact with each other. They did a lot for me” – Rodman

How much longer could Bulls dynasty have lasted?

“I would probably say at least two [more titles]. We probably could have ran it for 3 more years. We all knew going into that last season that that was the end. No one really screwed it up. We probably would have went 50-0 [in 98-99]” – Pippen

KD on playing with Warriors: “It didn’t feel as great as it could have been” 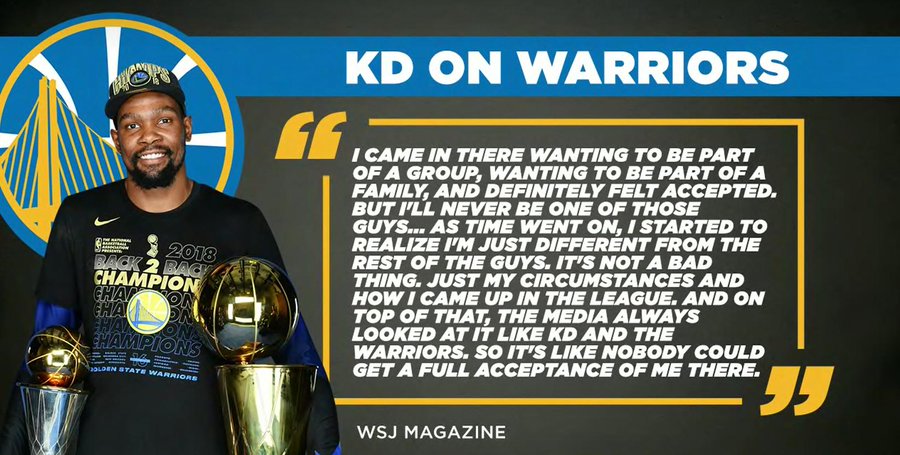 “I want to let him know that this is a part of our business. This is why he’s making all that money because we’ve been able to globalize the game through our players. He’s an established player. Had he said some of those things back then, believe me: he would not be an MVP today” – Pippen

Rodman on his relationship Kim Jong-un:

KD on OKC: “I’ll never be attached to that city again”
Described his first return to OKC in 2017 as a “venomous toxic” environment 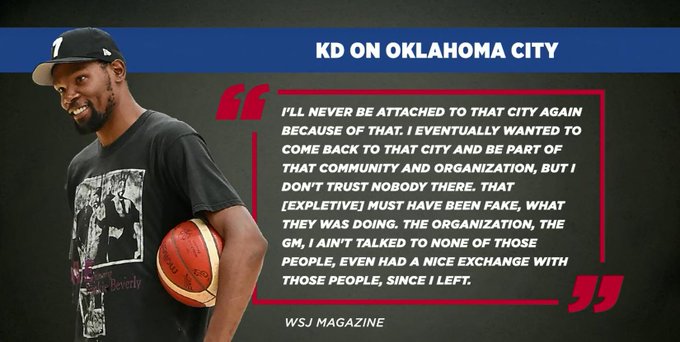 “The bullets in the jersey thing, that is extreme. As far as the organization thing, I’m a little surprised that he’s surprise because he was there. That is the No. 1 cult in the NBA. More than Miami, more than San Antonio in terms of us against the world, you’re either with us or against us” – Elhassan

“I’m a little shock. I think he’s going to regret some of the things that he said as a player. The organization didn’t put any scars on him. You can’t penalize the organization and the city. Everybody in that city was never always his fan. You have to understand that from a player’s standpoint” – Pippen

The TV voice of the Cleveland Cavaliers, since 2006, passed away on Monday night:

Man WHAT!!!!??? 😢😢OMG this is extremely sad. @CavsFredMcLeod May you rest in Paradise my friend! @BethHMcLeod my prayers sent up above to you and your family!! 🙏🏾❤️❤️❤️ #RIPFred https://t.co/XWMHUqWJxf

Shocked and saddened to hear about the loss of Fred McLeod. He was a student of the game. He loved the CAVS but even more so the fans…Fred worked his ass off for the city of Cleveland and the NBA. Praying and sending my best to his wife Beth and kids.

“I love the new rule. Go baby to the old school baby! Get the ninjas off the court” – Pippen