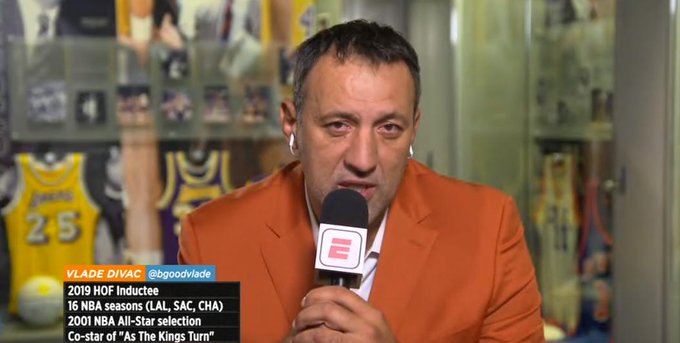 Team USA on upset alert vs Giannis and Greece? 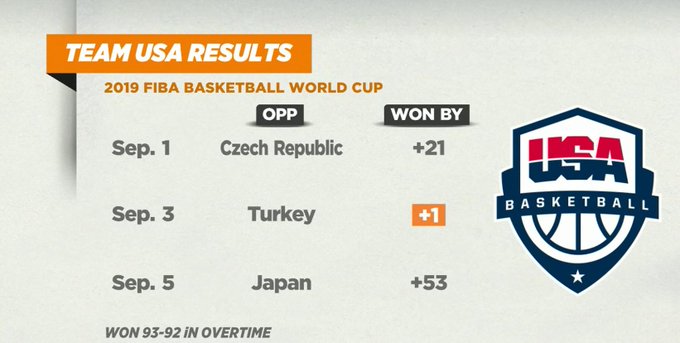 “They have been living on upset alert for a while now because they know that they have flaws and they’re trying to finish this tournament and find their way through but when you’re playing Giannis, who’s the NBA MVP, of course you’re worried ” – Friedell

“USA has the Brazil game tape that they can analyze to try to find some ways to perhaps neutralize Giannis the way that Brazil did. I don’t expect it to be a lopsided game like it was against Japan against Greece. If they come out with a strong start, show up, ready to play with an aggression, that can go a long way in what happens against Greece” – McMenamin

Everyone is California- call your politicians and tell them to support SB 206! This law is a GAME CHANGER. College athletes can responsibly get paid for what they do and the billions they create.

California can change the game. This is only right waaaayy overdue. #morethananathlete 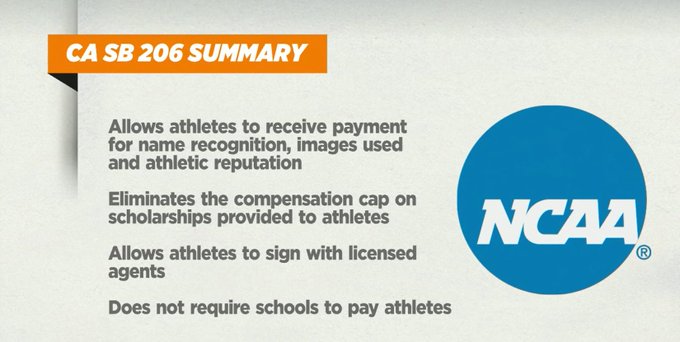 “LeBron is not going to speak on something unless he feels well-educated on it and passionate about it. This is something that’s been mulling in his head for a while. He could be affecting change that will impact his family. What were in store for is a game of chicken” – McMenamin

“Force the NCAA’s hand. Do it. If you’re an athlete and the NCAA is not for you and you can make money, do it. What I’ve always respected about LeBron off the floor is he knows the power of his voice” – Friedell

Does Kemba have a case for best handles in league?

“Kyrie No. 1 and then Steph and Harden after that. Kemba has really nice handles, just not as good as those guys” – Friedell

“You can feel good about him playing late in games. With this performance, it gives him confidence” – Friedell

Patty Mills “The Real MVP” of FIBA World Cup?
Had a game-high 28 points vs Lithuania

Lonzo: I had to change my BBB shoes every quarter because they would rip (Per The Lightharted Podcast)

“Not only its irresponsible for him, but it’s tough for his team. He missed his last 35 games after suffering an ankle injury, while wearing the Big Baller Brand shoes in Houston” – McMenamin

“This is a PR campaign run amuck. This is just the latest example of how bad it got” – Friedell

Did Josh Hart take an unfair shot at Lakers?

I played my ass off for the purple and gold. Played hurt and never had an excuse. I’m truly grateful to the Lakers organization and I do understand the NBA is a business. But as a player you just want the courtesy of a phone call saying I got traded and not finding out on Twitter 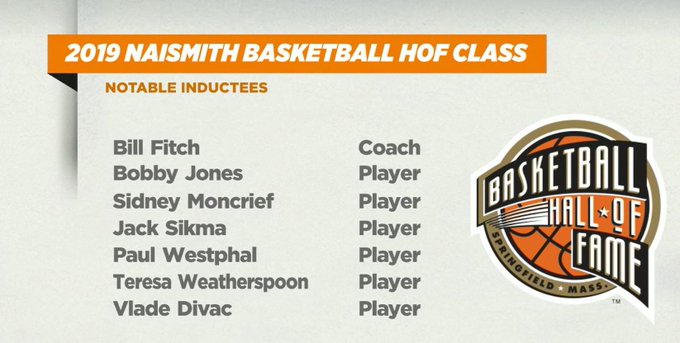 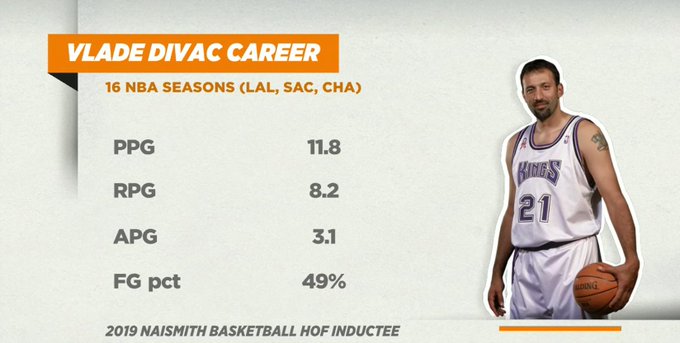 Vlade on what it means to him to be in the Hall of Fame:

How close did you come to not playing in the NBA?

“A few times. I always played the game because of the love of the game and couple times, it happened to be that somebody told me, ‘You have to go there and play basketball’ and I didn’t like that and one of those years happened to be in 1996 when I was traded from the Lakers to Charlotte” -Divac

“I’m happy that that worked out for all of us. Kobe had a great, great career, Lakers got what they need [the championships] and I got my career in a way that I liked. Those 6 years [in Sacramento] happened to be the best in my career” – Divac

Would you consider yourself the inventor of the flop?

“No I’m not. That’s coming from the soccer players” – Divac

Surprised Chris Webber is not in the HOF?

“I’m surprised but I have no doubt he will be there one day. He made the Sacramento Kings team that played all those conference finals with the Lakers” – Divac

Was your Kings team the inspiration for the ESPN body issue? 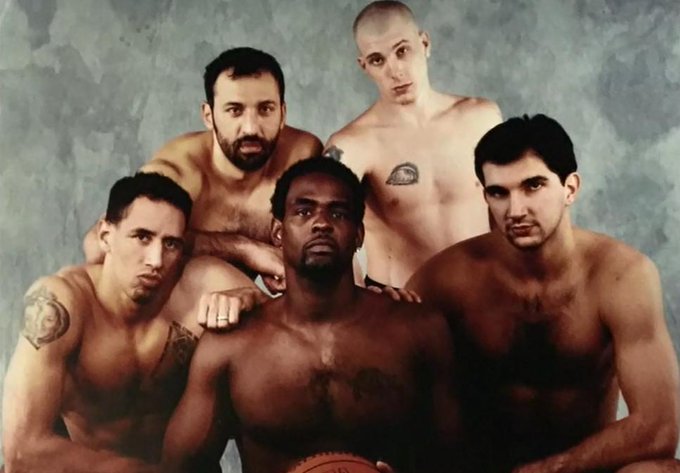 “Peja [Stojakovic] or Jason Williams, one of those two had an idea to take the picture that way” – Divac

Do you believe Kings will make playoffs this season?

Finish this sentence: If De’Aaron Fox has the type of season he’s capable of, then…

“He should be All-Star. He’s a perfect fit to today’s show” – Divac

On whether his home country, Serbia can beat Team USA:

Dwight says season away from NBA was rock bottom 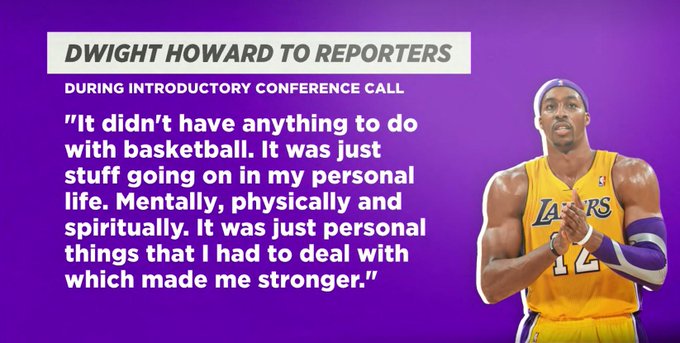 “I don’t have much of an expectation for Dwight at all. When you look at where Dwight is at this point in his career, I’m surprised so much is being made out of it. And I’m still a little surprised that the Lakers went with Dwight instead of a guy like Joakim Noah who would know his role on that team. I thought that would have been a better fit for where the Lakers are at now” – Friedell

“The baseline for Dwight is come in, play 25 minutes a game, not cause problems and stay healthy. Those are achievable goals” – McMenamin

“Because he provides, at his best, the physicality and the rim protection and the defensive presence they like to have alongside Anthony Davis more so than Joakim Noah would” – McMenamin on why he thinks the Lakers signed Dwight over Joakim Noah

Any chemistry concerns for Lakers this season? 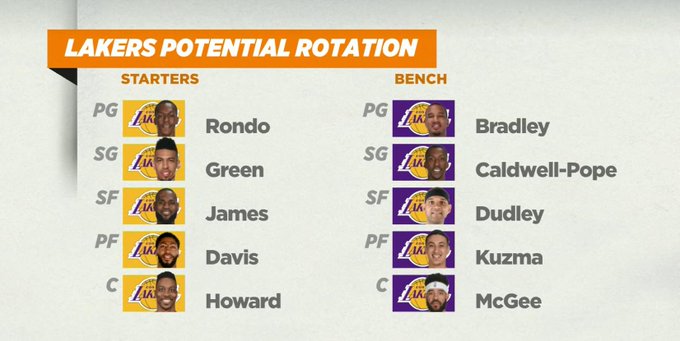 “This moment is design for God to change our lives!” It’s time to Rebuild, Restore and Renew — let’s get it!
242 to da 🌎 🇧🇸🇧🇸🇧🇸🇧🇸🇧🇸🇧🇸🇧🇸 Link in Bio☝🏾 Website: https://t.co/eFQKa00ShF
Email for donating goods: buddyhieldfoundation@gmail.com
IG: @buddyhieldfoundation pic.twitter.com/IhtmJXkenY

How worried should Celtics brass be about Smart & Tatum injuries?
Smart sat out the game with a quad strain and is listed as day-to-day. Brian Windhorst noting that this was the same leg that he missed time with last month due to a calf strain; Tatum expected to be out for at least another game or longer